This show was the 19th time I saw the Grateful Dead in 1979 (and about 25th time I saw Jerry), which ended the longest strange trip while I was 20.   I don't have much to say about this show except it's the first Alabama Getaway.
This show was a bit of a let down after the Cape Cod shows the prior weekend, even though they played well (see the Spectrum show the next night for a Road Trips powerhouse). Maybe I was just tired after so many shows. I wouldn't see the band again until May 1980 in Portland, Maine.
I will let the awesome Mind Wondrin tell you his thoughts 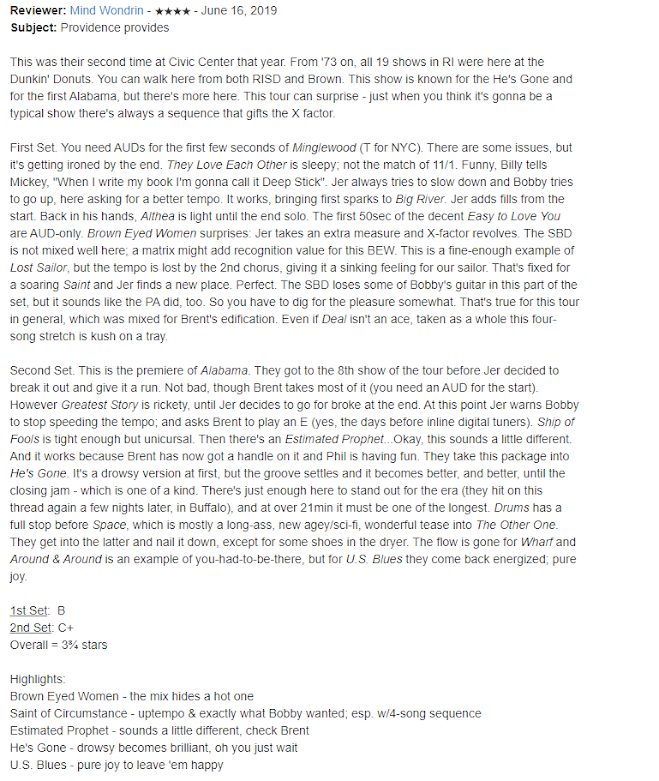 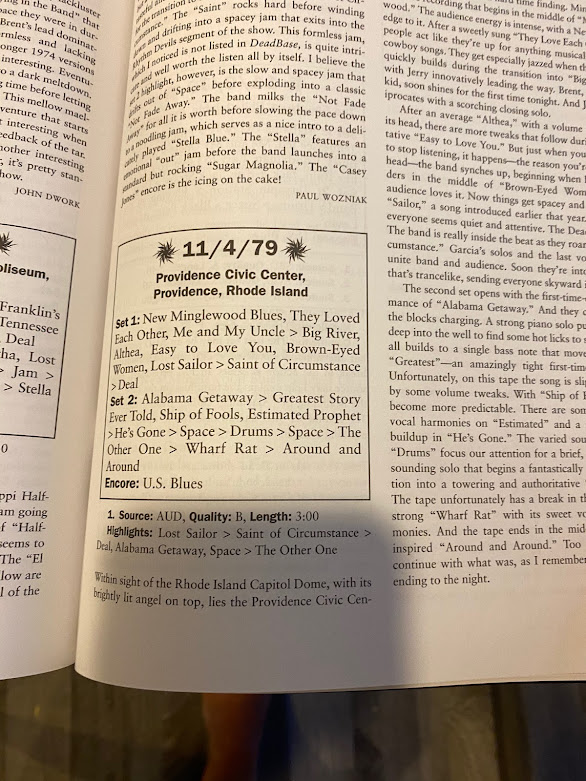