My first Grateful Dead shows ever in the Bay Area were #33 and #34 out of 80 on August 4 and 5, 1979 at the debut of the Oakland Auditorium.  This was also the show where Jerry Garcia switched guitars to Tiger (see https://liveforlivemusic.com/features/a-brief-history-of-jerry-garcias-five-most-well-known-guitars/)

On night one, we got the very first Althea  and first Lost Sailor which slipped into Deal.

August 5 give us the second Althea and Lost Sailor, prior to the invention of Saint of Circumstance. it was still Heaven Fight Tiger, ie Lost Sailor>Althea>Promise Land. This night also gave me a view of Hamza Al-Din

While these aren\t my favorite shows of the 1970's or even 1979, they were still fun and I was rocking the Dead in the Bay Area finally, which I would do another 35+ times.
Here are some memories of these shows

Music from both shows 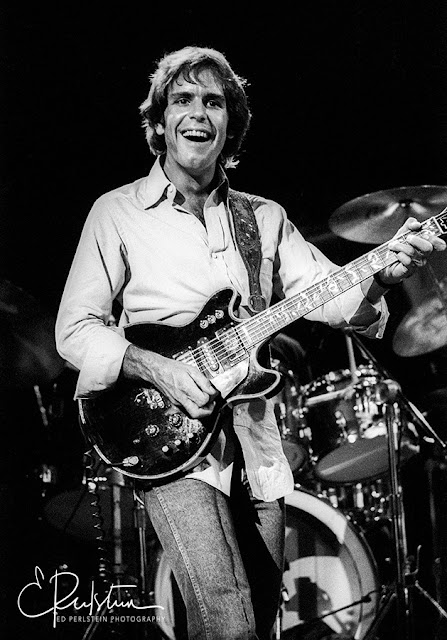 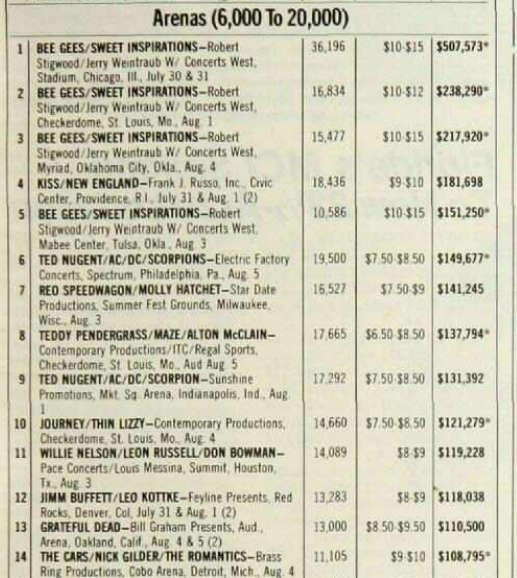 "Tiger" (pearl coverplate) Description: Seven years to make, ebony fingerboard on maple neck, an arched cocobola top and back, vermilion neck and body striping, and W. flamed-maple body core. Meticulous scrolled inlay finger position markers and hand-crafted brass hardware; Strat approach, but with one DiMarzio SDS-1 single coil and two DiMarzio Super 2 humbuckers that were easily removed 'cause Jerry thought their ouput weakened after a year or two. Also had Jerry's effects bypass loop (he knew his electronics!), as well as an op-amp buffer/amp to maintain the high end during effects "on". Result: Garcia's favorite guitar for the next ll years & most played.  Jerry strapped this heavy 13 1/2-pound guitar for 11 years.
More

http://lostlivedead.blogspot.com/2015/02/august-4-5-1979-oakland-auditorium.html
Best review of these shows at Lost Live Dead 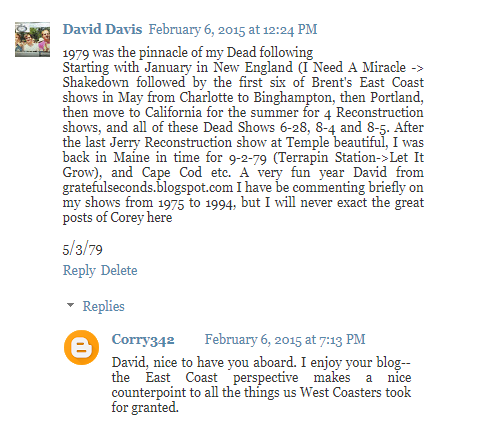 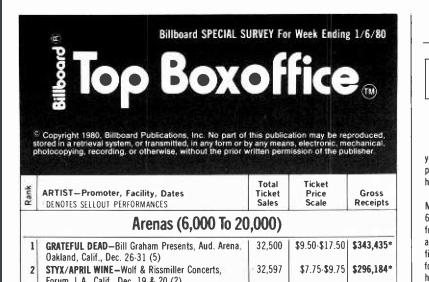