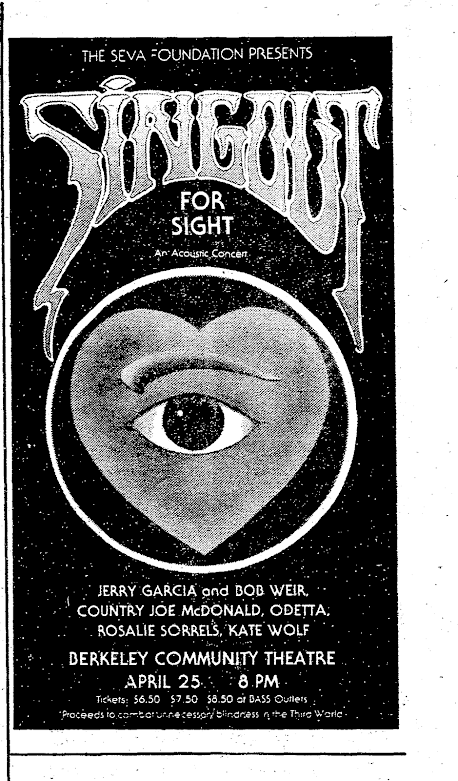 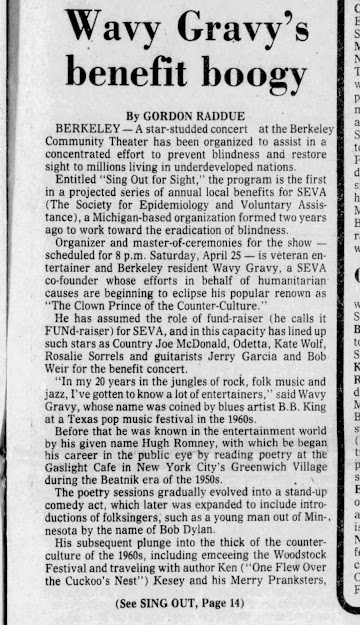 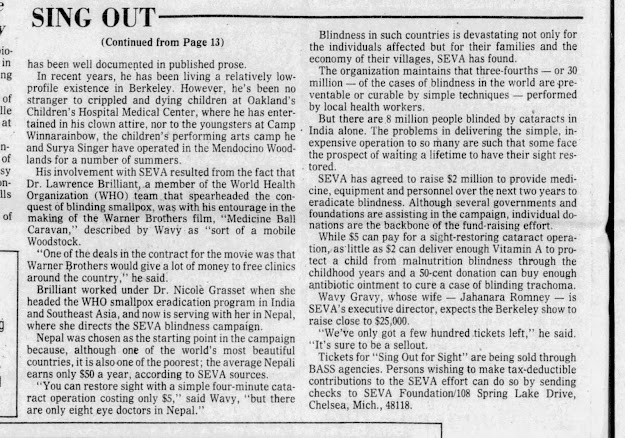 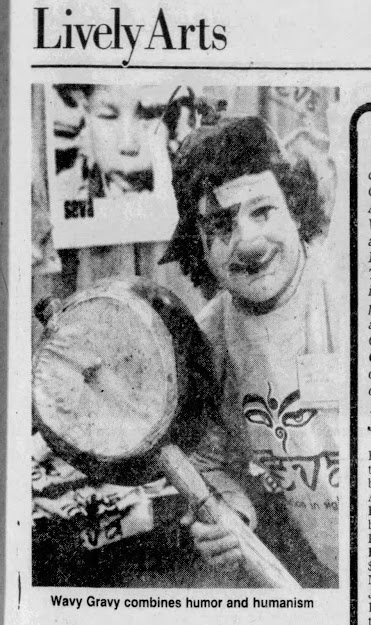 I met Wavy around this time, he came into Rasputin's Records where I was working looking for some obscure folk or country record and I recognized him right away and we talked for awhile, but not about the Dead I think.  What a great guy.  Great memory.
Until I add something substantial , just link to Corry's great memory of this show
http://lostlivedead.blogspot.com/2014/01/april-25-1981-berkeley-community.html
I am fortunate to know folks like Corry who are real professionals and historians.
I am just a old guy who was a fan.
My thoughts:
Last show I saw December 31, 1980 was the last of the 1980's Grateful Dead Acoustic sets. Great Dead thinker and writer Howard Weiner says it was the best one, but it was the only one I saw.
Corry writes about the Spring/Summer 1981 "trades" where I saw John Kahn play the acoustic benefits here and in May at the Warfield, while I saw Phil played in the Jerry Garcia Band August 22 up in Fairfax.  Also Brent did not play here.
Songs played here that I did not hear on New Year's Eve are Deep Elem, Dark Hollow, Friend of the Devil, El Paso, Ain't No Lie and Oh Boy. The last time the Grateful Dead played Oh Boy was April 6, 1971 at the Manhattan Center.
First time I saw a show at Berkeley High School. Nice to walk a few blocks from 2816 Fulton down the street.
A Corry Highlight:

FYI, I count this as a Dead show.  40 minutes :)
Here are his handwritten notes from the show: 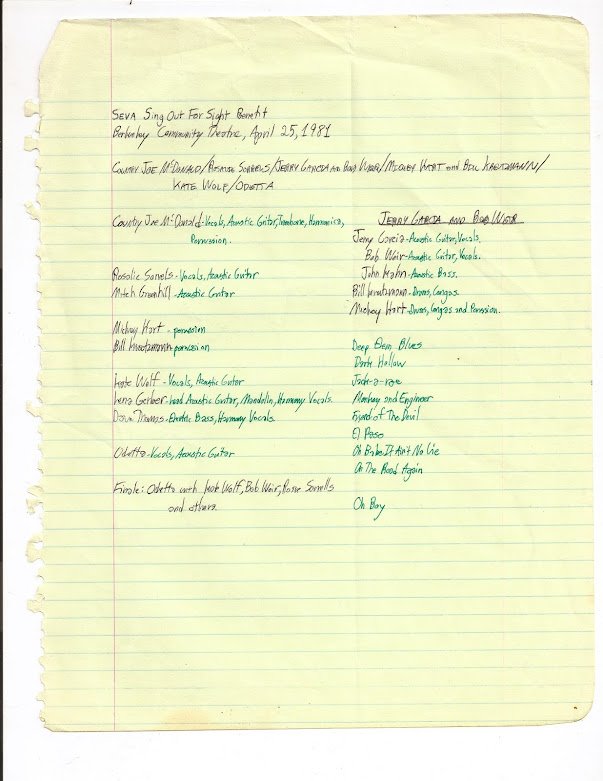 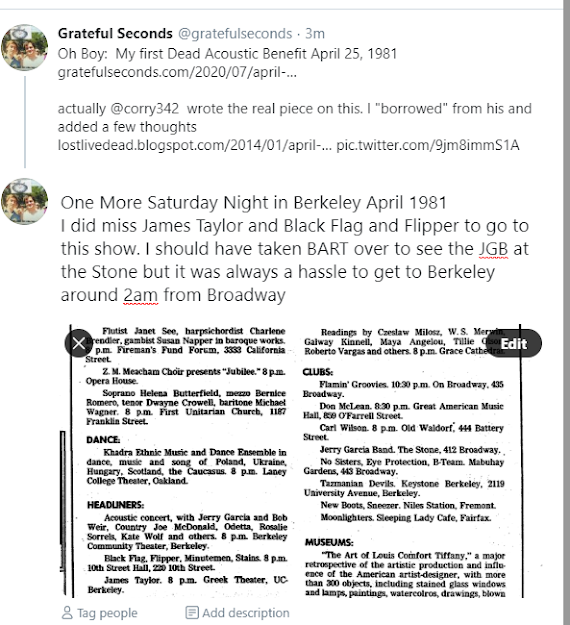 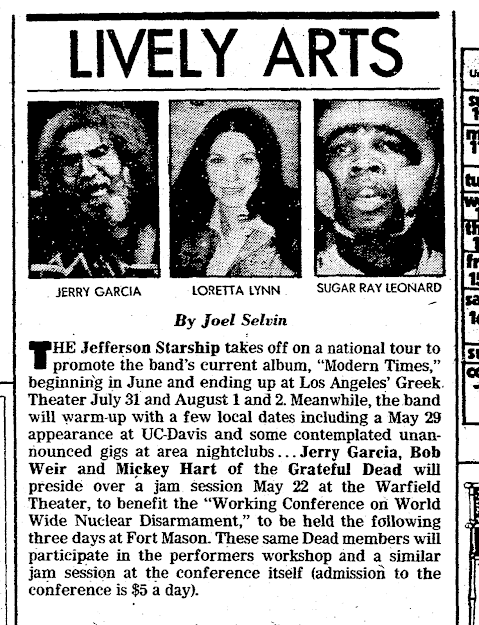