This was a very small show, general admission and was so easy so I ran right to the front easily   It was a rescheduled show from 12-2-78

There is a cool little  Miracle>Bertha>Good Lovin, only the 6th one ever but then played about ever other show the rest of the year.  Go back a few years and it's like those Promise Land>Bertha>Greatest Story medley of the hits like you might get in a Vegas showroom show :).

This show was taped by Dave Weidner, a cool guy I meet at the 4-23-77 show. For more on Dave and his totally boss Springfield 77 tape go here:
http://www.gratefulseconds.com/2018/10/dick-latvalas-excellent-taper-source.html 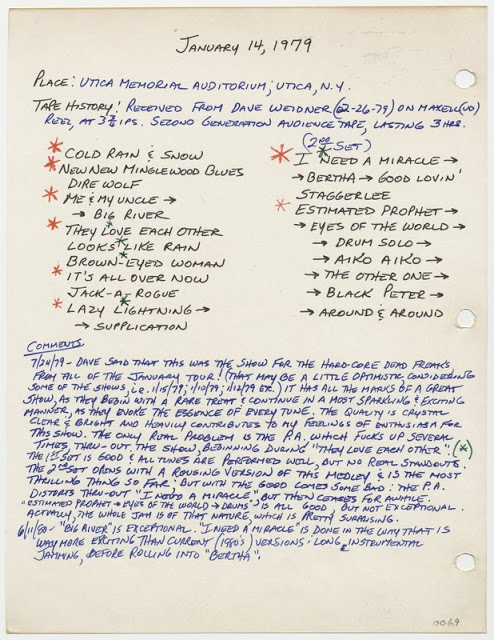 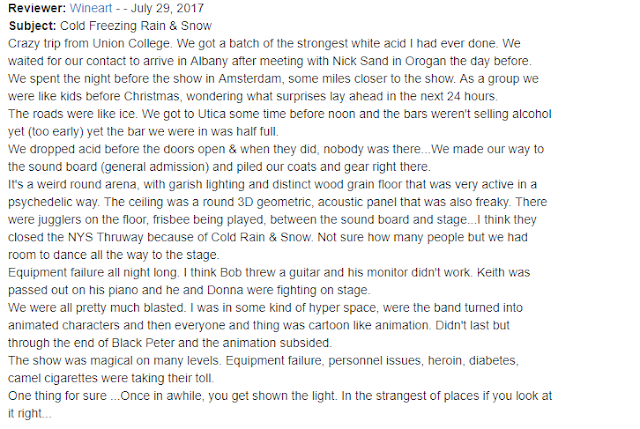 Set two has my second Iko, Iko, very different from my first at Colgate 11-4-77.
Strong versions in the first set of a numer of tunes like It's All Over Now, Jack-A-Roe and Lazy Lighting>Supplication. Tunes are here

Oh Jeez - Bobby's playing slide on Cold Rain and Snow... He's using his Althea licks. Even though Althea hasn't been debuted yet...