40 Years Ago Friday The Dead took mescaline (we think, we kinda know) acted very silly played a wild second set and I saw Bobby wear this for Werewolves of London in beautiful Springfield, Mass at my 14th show. The pre Drums piece as amazing. Also a Dick's Pick. Half of 25. So maybe 12 1/2.

Bobby's introduction of Candice is followed by Scarlet>Fire and Dancin', among the best music of 1978, all with wild playing and crazy singing, especially Fire and Dancin'.  Several times the band breaks out in laughter as the phrasing and the growls.

Parish says there was no mescaline for the band, but thousands and thousands of deadheads would like him to not be correct.  Not all his book was perfect for sure.  In Deadhead myth lore and legend, this was The Mescaline Show. Growl, haha. 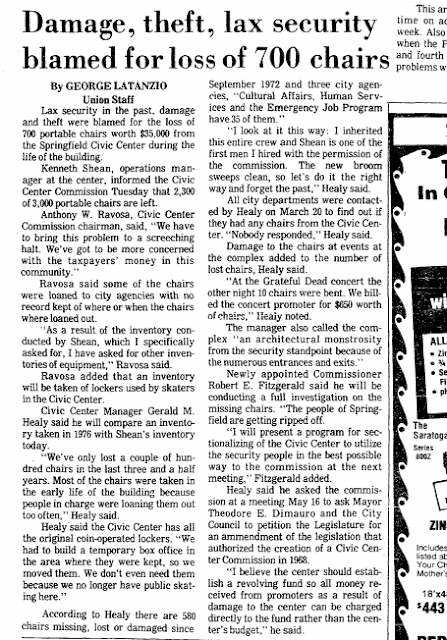 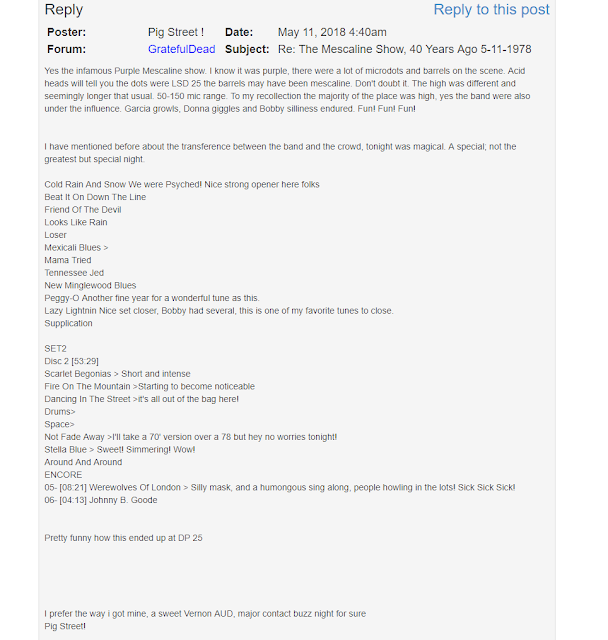 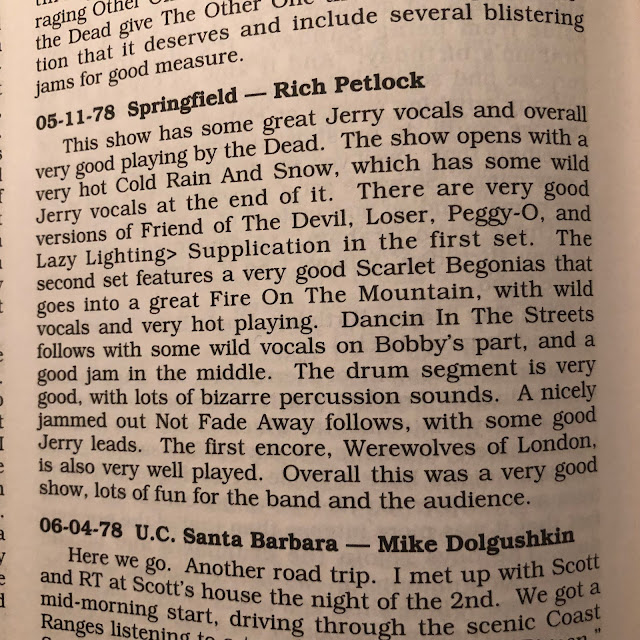 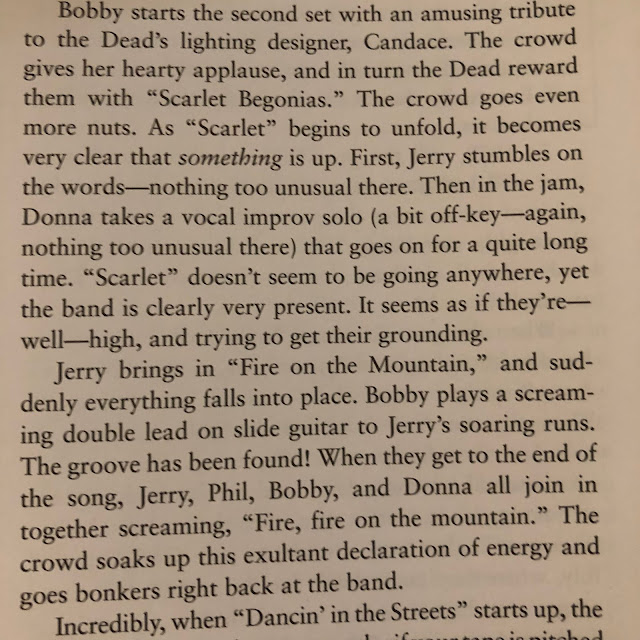 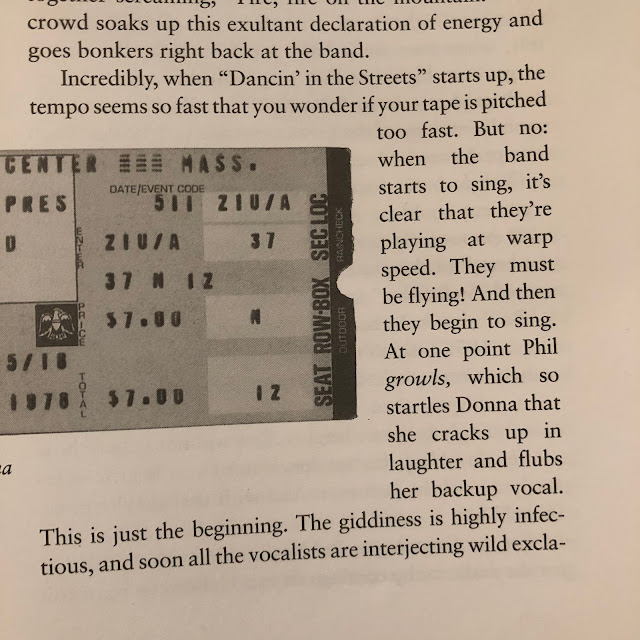 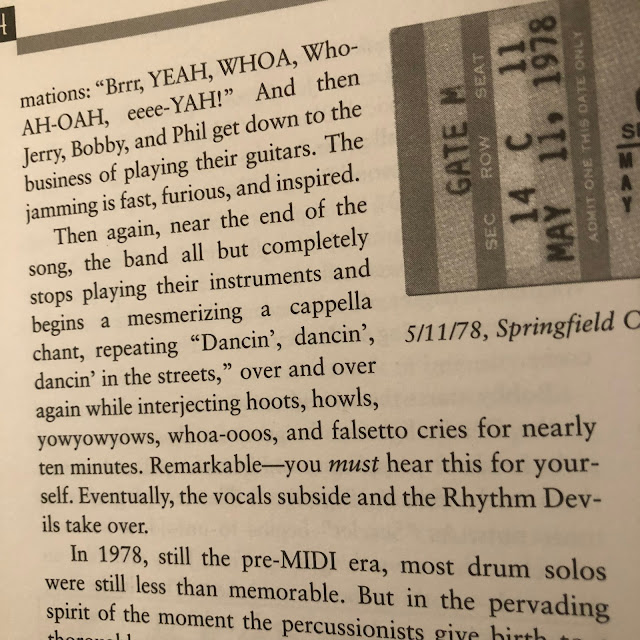 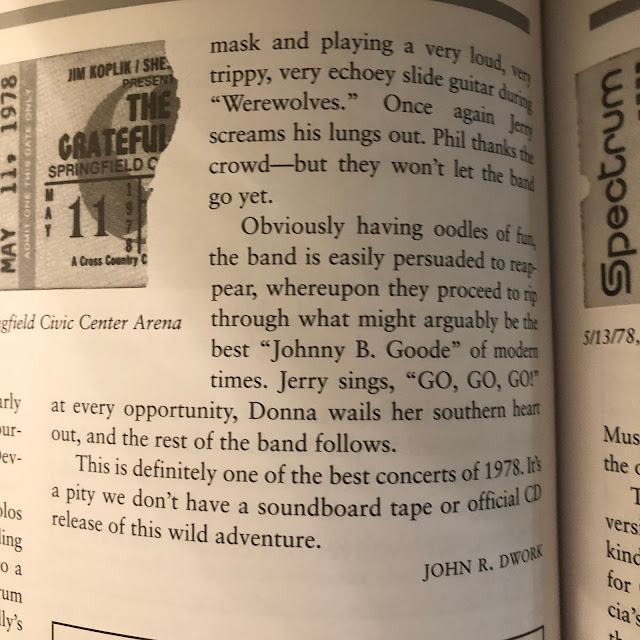 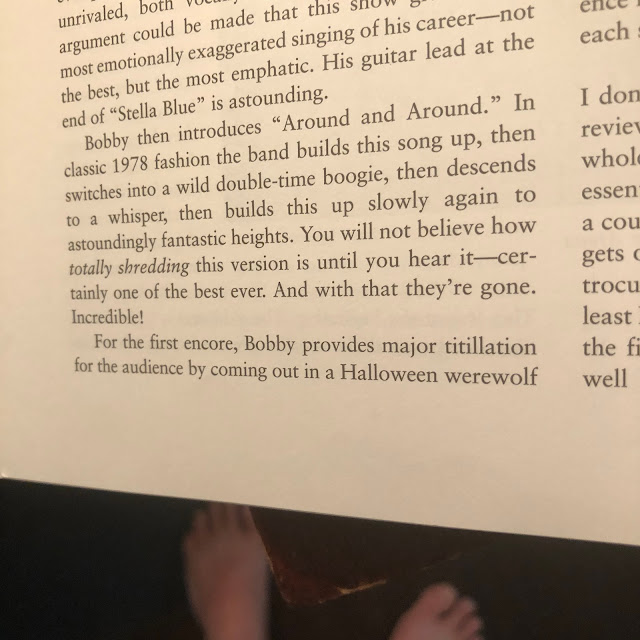 More on the Mescaline Show part 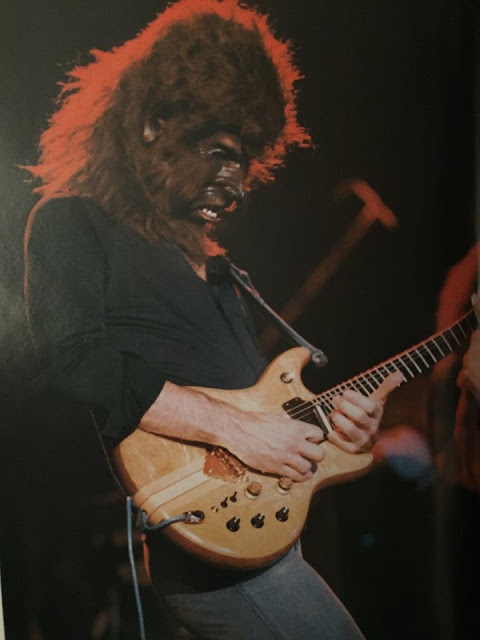 Cold Rain & Snow, Beat It On Down The Line, Friend Of The Devil, Looks Like Rain, Loser, Mexicali Blues-> Mama Tried, Tennessee Jed, Minglewood Blues, Peggy-O, Lazy Lightning-> Supplication Scarlet Begonias-> Fire On The Mountain, Dancin' In The Streets-> Drums-> Not Fade Away-> Stella Blue-> Around & Around; E: Werewolves of London, Johnny B. Goode
at May 10, 2018