So it was another Spring Saturday during my Senior year at Andover, so I hitchhiked down to New York City to see the Grateful Dead.  At the time, it was just Dave as usual trying to see a show, but looking back it was quite the adventure.

I left in the morning, writing down in the log that I was "going home to Maine for the weekend:, but instead I headed down Main Street to the 495 on-ramp and onto the big Apple with about $25 in my pocket. I recall numerous short rides, somehow a detour to Long Island and a few train rides but I ended up on East 14th Street at the Palladium a.k.a. Academy of Music, the closest Grateful Dead at the Fillmore East experience I would ever had, And I did not have a ticket. 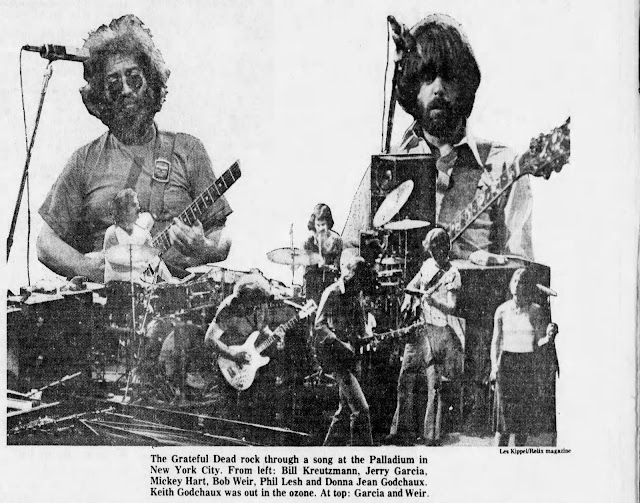 According to the Billboard article below from March 26, the five Palladium shows sold out after a single announcement on WNEW-FM 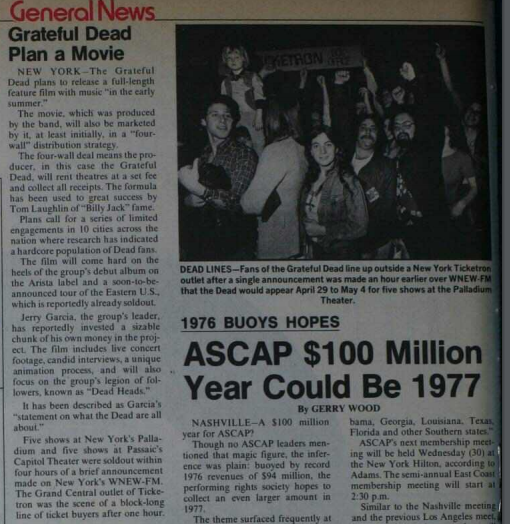 I remember looking up above the building at an open window a few hours before the show and there was Phil Lesh lookimg out with people yelling Phil give me a ticket, 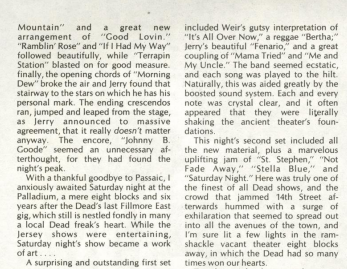 Six months earlier, in October of the prior year, I had learned the art of buying a scalped ticket paying $18 for a $6 face value ticket for game one of the World Series at Fenway Park.  This day, I was able to secure one seat way up in the balcony for $19 seriously eating into my bankroll.  Very few ticket scalpers in those days in Manhattan in the bands rare shows in the city (only Beacons in 1976 and the night before) since prior to Europe 1972.  My ticket does not survive, so I will present this facsimile:

So on to the show. Just incredible, my 5th show overall and my 2nd St Stephen. I would only here one more in my next 75 shows.  I had seen show four in Springfield the prior Saturday and would go on to hear Boston and Hartford over two of the next four Saturdays. I am pretty sure I met Jerry Moore or Les from Relix or both. And I luckily was "adopted" by some local Deadhead who made sure my mind was feed and that I got to Port Authority after the show.

This was the famous "backwards" set one. Guess which is correct:

You should buy Grateful Dead download series #1 (number one, no less) and listen.
No photos exist of this show but I believe this is a Jim Anderson from four night later at that mind-bending May 4 show. 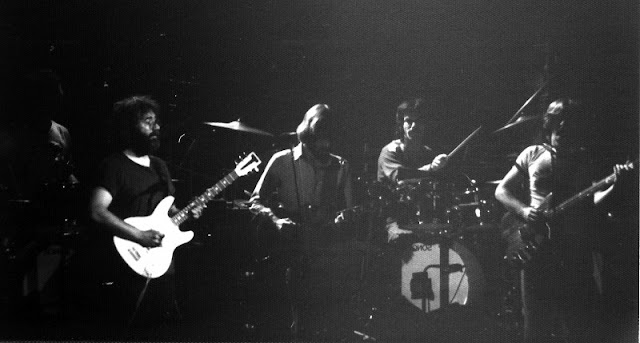 The second set was stellar and Stella.  My second Scarlet>Fire was followed by Good Lovin, a twist from the week before and then after Friend of the Devil and Estimated, we got the jam St Stephen>Not Fade Away>my first Stella Blue>St Stephen>Saturday Night. It;s not a coincidence the first line of this post has so many S's.  Then we got the encore treat of my first Terrapin.  I would hear this song all over the map in the coming months and years paired with all kinds of songs, but you always remember your first one. That's why it's playing now.

I never saw the Grateful Dead in New York City again. But it was a sweet experience and remembrance that I will cherish forever.