Cincinnati October 2 1976: The Battle of Students vs Grumpy Reporters

We all know how good October 1976 was in Grateful Dead History. Unless you were a newspaper reporter. In Ohio. In October 1976.  Imagine a show with a rare split The Other One and the Dead are called "Old and Tired" in on paper, and "Has time passed by the Grateful Dead?" in the other.

No dudes, time just had stood still there for you "pop music critics" in Cincinnati. Maybe that's why they waited almost 9 more years to play there again at River Bend. Here's the show

There's a average set one until the end when there is a nice Let It grow going into Might as Well (not quite Let It grow>Goin Down the Road earlier in the week, but still 1976 precious.)

Set two. Since this is during the split Dancin era  (all four split Dancin' shows were during October 1976 including the night before in Indy and the night after at the Cobo.

So the band decided to take the night off from splitting Dancin in the Streets and instead split another tune:  Dancin' In The Streets-> Drums-> The Other One-> Stella Blue-> The Other One-> Sugar Magnolia.  And I love this rare split The Other Ones. In fact. maybe I'll have to write about these sometime.

As you can see below, the local Ohio papers did not find the Dead all that good. But the U of C college paper loved them, of course.  College students rule. 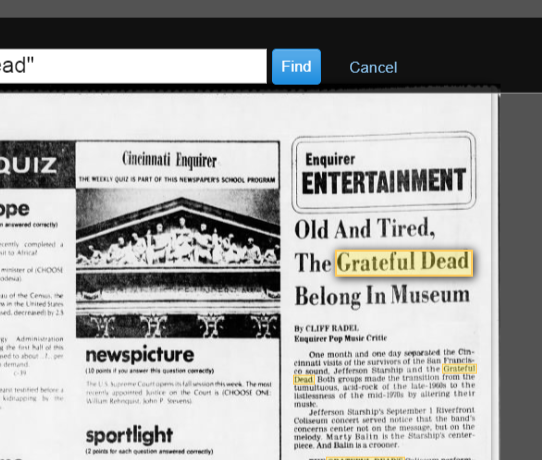 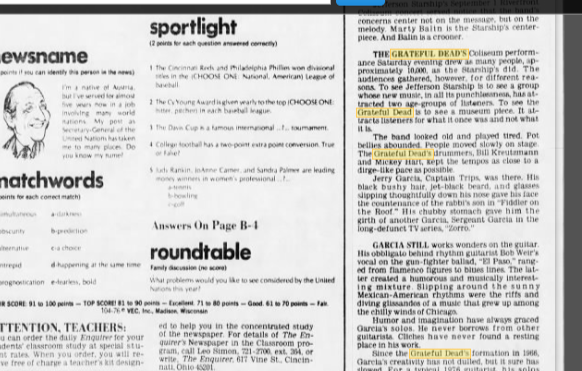 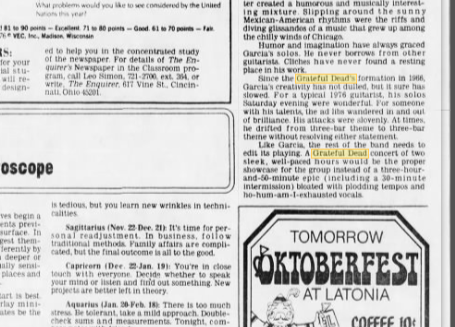 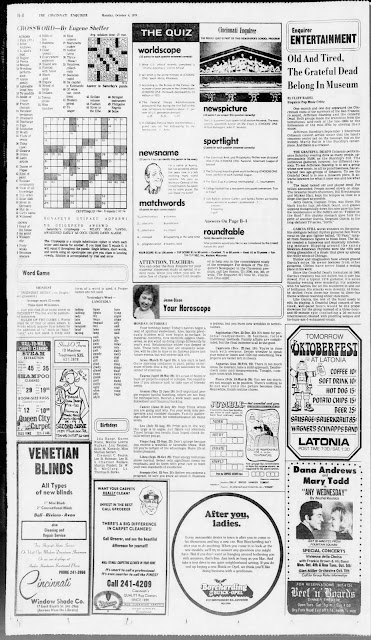 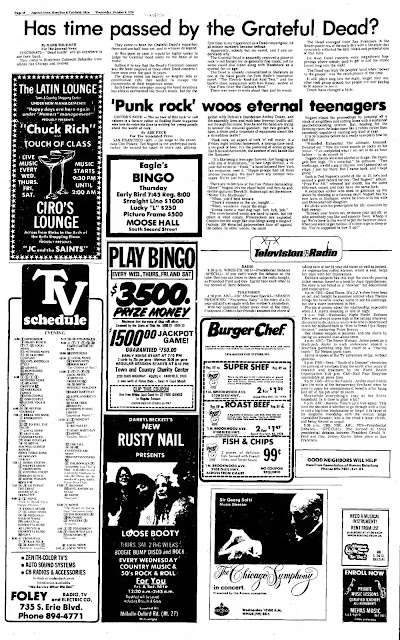 The article in the Cincinnati Enquirer below from October 31, 1971 shows that the big newspapers here always were negative towards our heroes.  Fuck 'em.

Fortunately in Cincinnati, there is a college, the University of Cincinnati and their ace student report Douglas Fechter writes a credible review of the show. 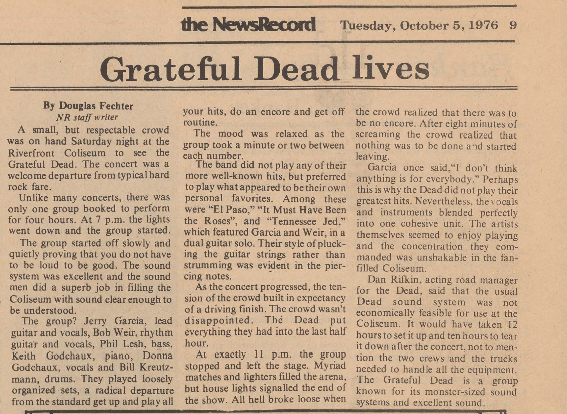 In this week in Gratful Dead history, the band played to more than 9.000 at least three times (Detroit, Syracuse, Indianapolis)  but not likely in Cincinnati.  Columbus on September 30 drew only 3,032. 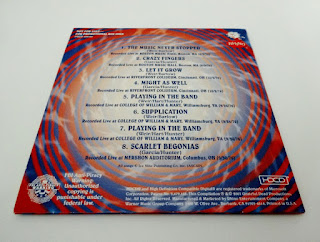 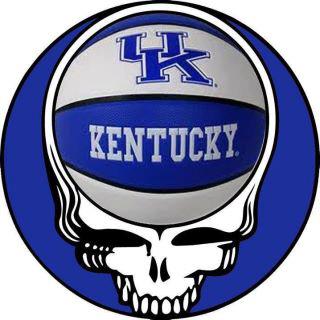 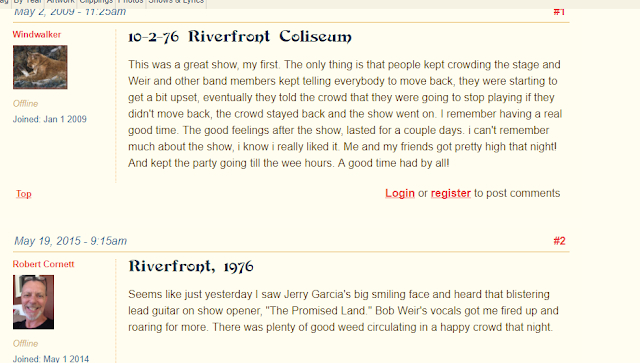