We have known about Alligator and Lovelight from Deadbase and deadlists, but now we know more about this primitive afternoon Dead show in Toronto with the Airplane on Saturday August 5, 1967. 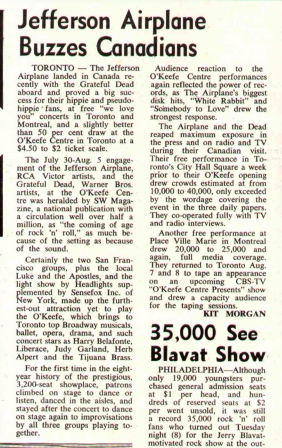 It's possible (probable) that one of the top researchers like JGMP, Light, or Corry have found this already, but I see from a independent Buffalo paper of the time, the Spectrum, that Pig and the boys also did a 30 minute In The Midnight Hour, a Good Morning Little Schoolgirl and I Know You Rider according to this reviewer who said that the last song went over the best because it sounded most like a Airplane tune. :)  The tune that is likely mislabed is Rider since there aren't any known versions between 1966 and 1969. 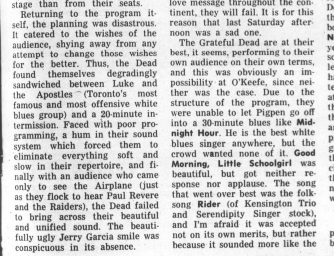 The funniest part of the review is that one week later the writer decided he was wrong in his critique of the show, and wrote a full page revision? or counter review.  Funny stuff he must have been on back then. 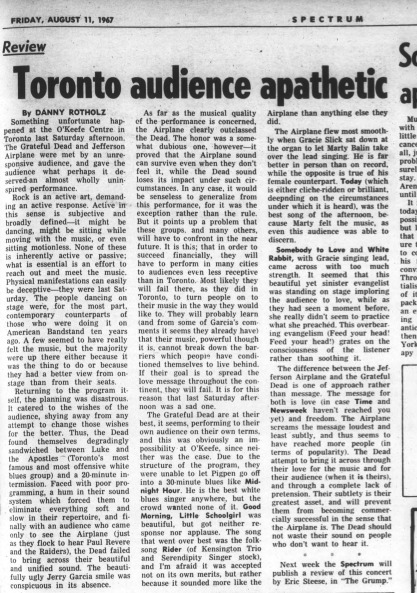 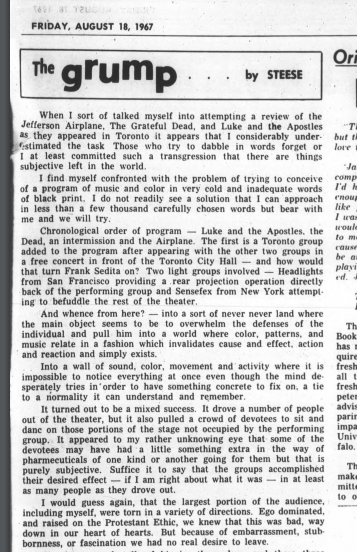 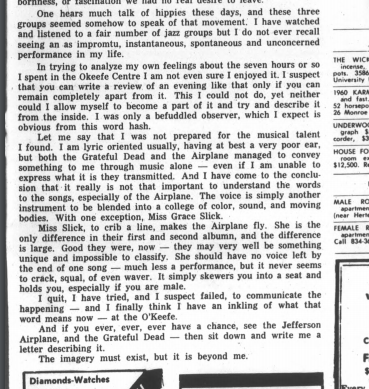 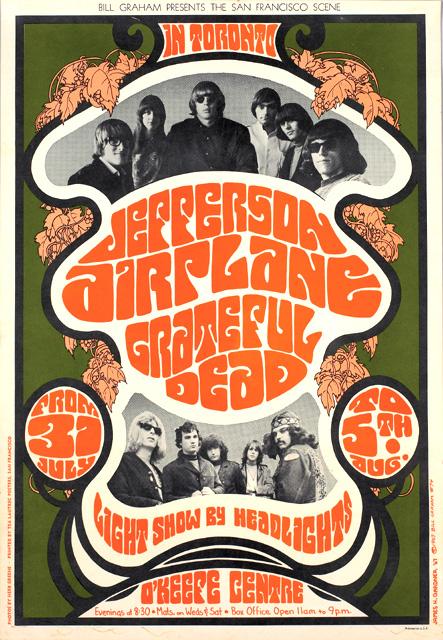 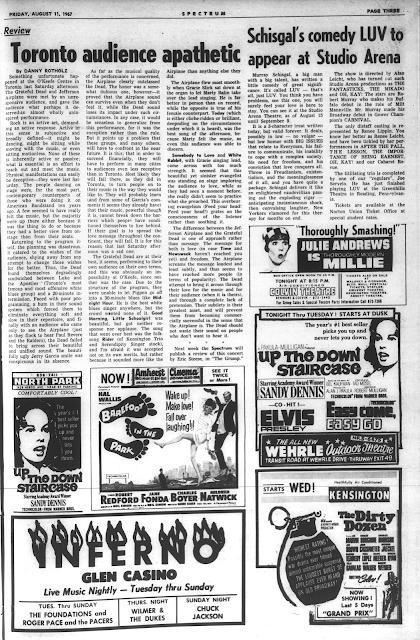