In the middle of that very nifty small venue California tour 40 years ago in January 1978, the band set sail for Stockton.  While a short drive from the City, Stockton rarely saw big named band rock n roll.  The Beach Boys were there in 1962 and 1963. The Yardbirds and the Airplane played there in 1966, while the Dead played there in 1967.

The 1978 show may have had Jerry's vocal problems continuing, but there is a cool once-only element to this show, which occurs on my 19th birthday. 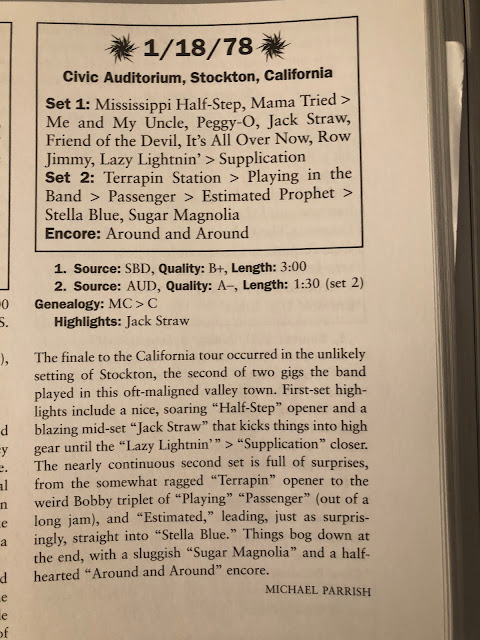 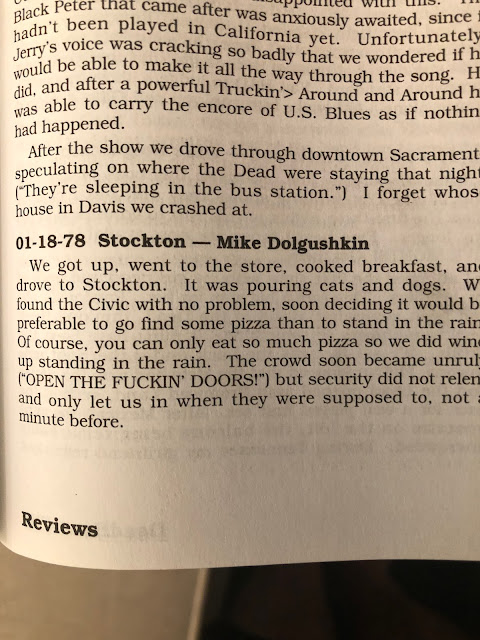 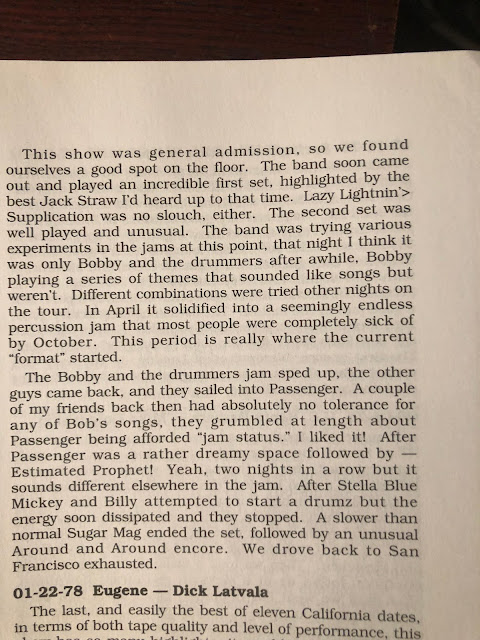 The Second Set is all one jam, so far so good, and starts with Terrapin Station into a nice 20 minute long Playing In the Band. Here's where the fun starts. For the only time ever, Playin goes into Passenger which continues into a 1980's style Space which take off into a rare late second set Estimated Prophet which finishes with Stella Blue and Sugar Magnolia.  Listen above or grab it here

Here is more from Corry on the 1967 show http://lostlivedead.blogspot.com/2010/03/stockton-ballroom-stockton-ca-april-28.html 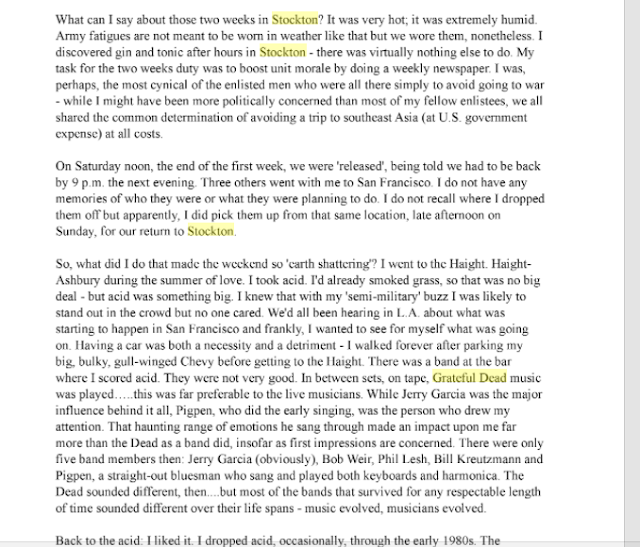 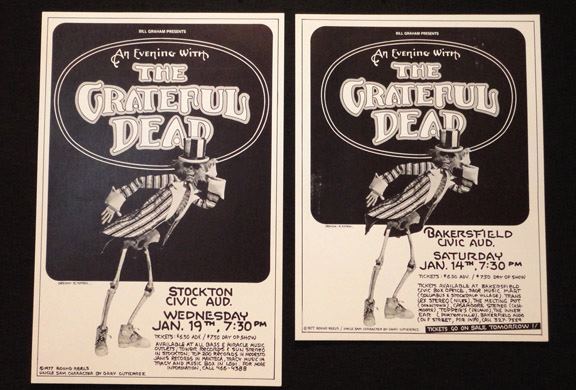