So right before Jerry took a little holiday to Hawaii, http://www.gratefulseconds.com/2018/01/jerry-garcia-leaves-lsds-heights-for.html, the Dead come out of their post-Spring tour break to play a pair of college shows at Cal State Dominguez Hills in Carson, California. let's talk about Saturday (here)

This the era where the Dead were being banned from places like the Greek in Berkeley and Frost at Stanford, and ironically at this venue in Carson, a few days after the show.

But these one-off shows were pretty good one, despite Deadbase Fans not placing them in the top-20 for the year.

Then , wtf the band launches Help on the Way>Slipknot>Franklin's Tower in the middle of the first set!!  According to my 2015 study http://www.gratefulseconds.com/2015/10/complete-help-on-way-history.html, this is the once-only mid-first set version of HSF.  In my 4th show on April 23, 1977, I saw a mid-second wet HSF (my only mid-second set version) so I know how this feels.

One More Saturday Night closed the first set which I always love and rarely saw.

This was a radio broadcast and a smashing second set setlist too with Truckin>Crazy>Playin>Uncle John's all before the drums.  So have fun, here's another rarely considered jewel in the crown of Dead shows.

And boy did Bill Graham look handsome below, wish he had survived and hear alot more Touch of Greys. 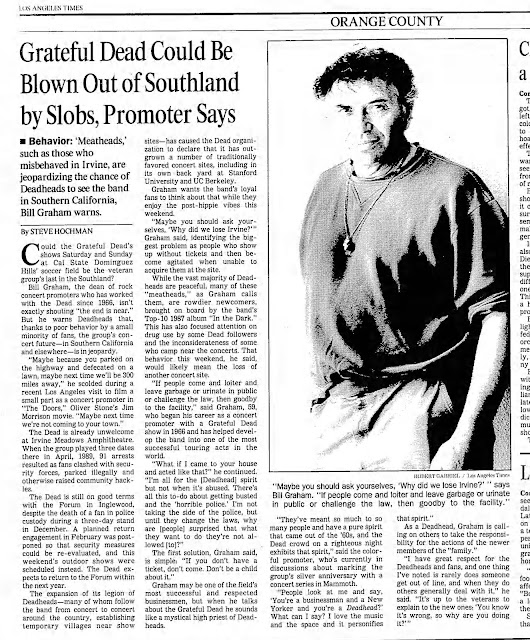 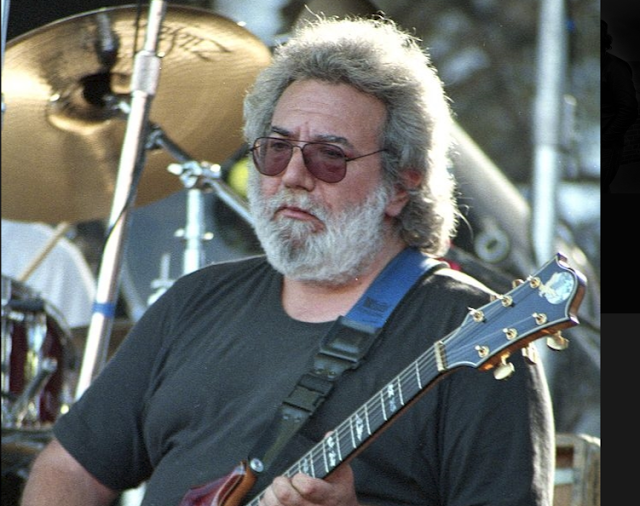 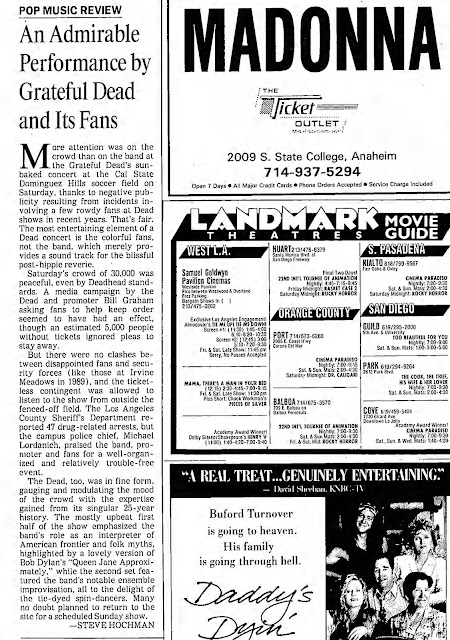 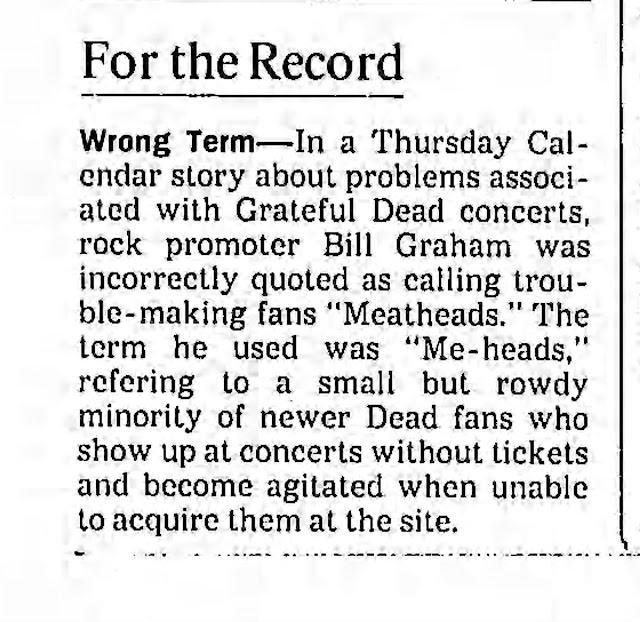