After midnight, we got:

This was a monster show, the only one at the Cow Palace and it comes complete with an extended Jerry Moore review in (Dead ) Relix, volume 4, number 2, where I learned of the setlists. Times were different back then my friends.  Here is the music from the show. You can also get the pdf of the Relix issue.

This is likely the best show of 1976 with the after midnight jam one of the top-31 jam segments of all-time. The show includes one of the last set-one Playing in the Band closers, a Sugar with no Daydream, a rockin' Good Lovin>Samson in the middle of set two, a fantastic Scarlet, a few months pre-Fire, an unfinished Help>Slipknot, and then Dew, OMSN, Uncle John's and We Bid You Goodnight.  This 17 year old high school senior didn't have the funds to leave Maine on this night. 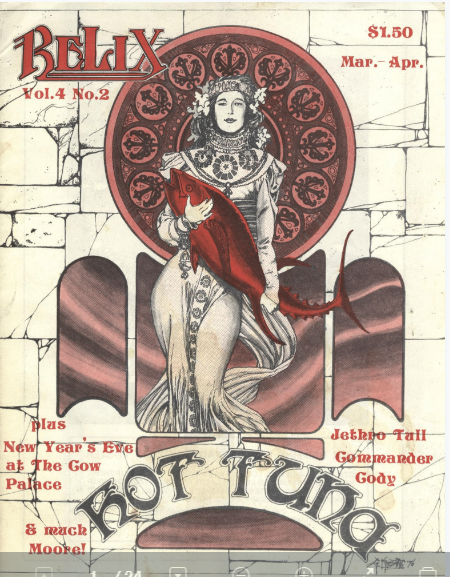 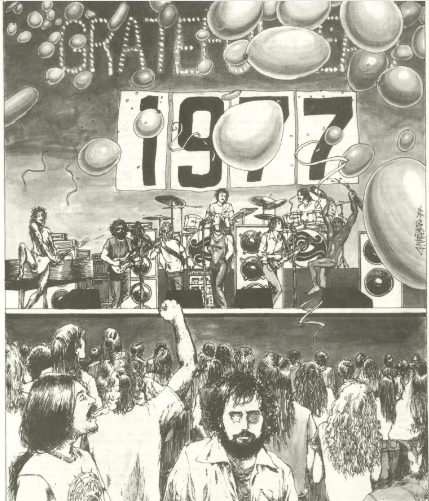 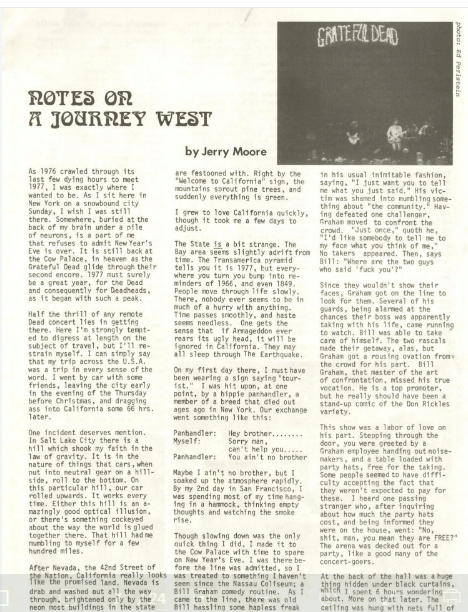 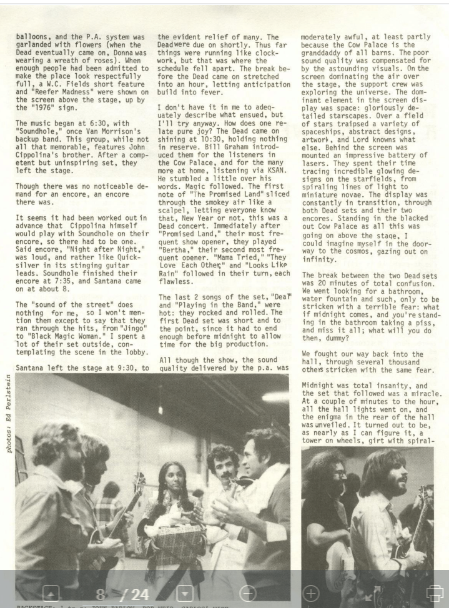 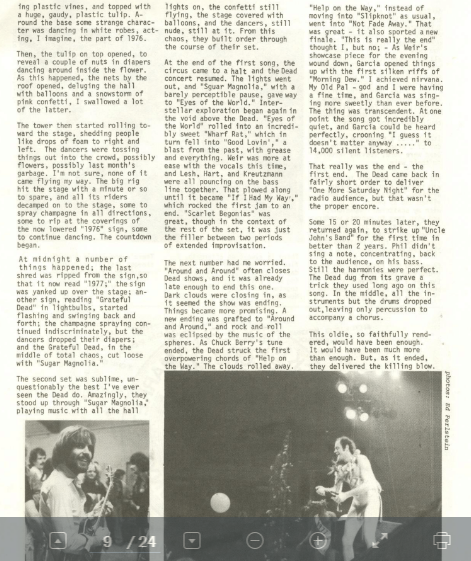 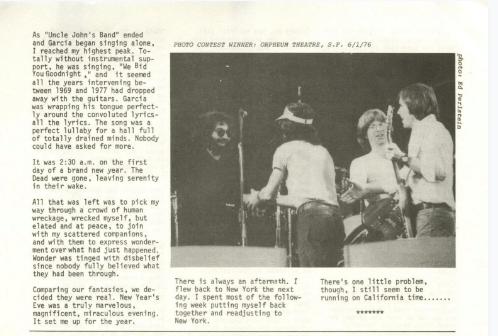 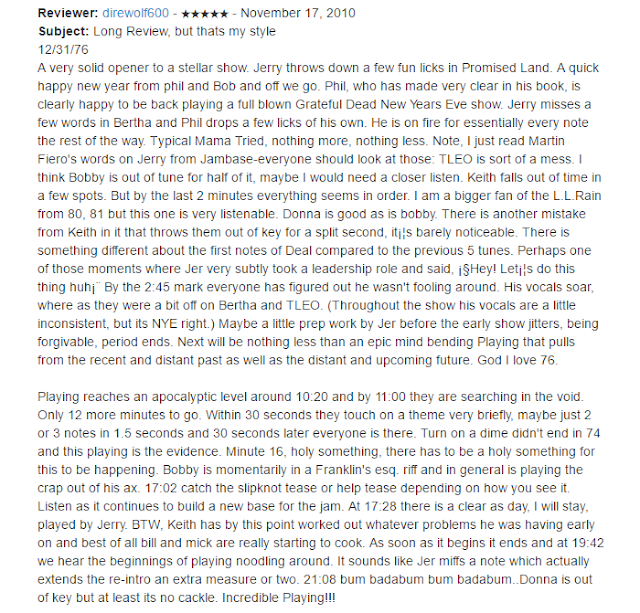 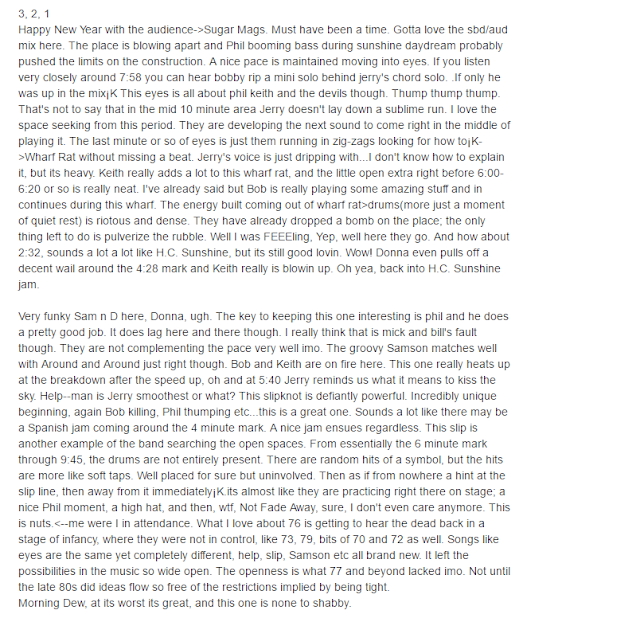 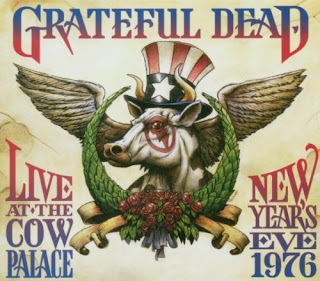 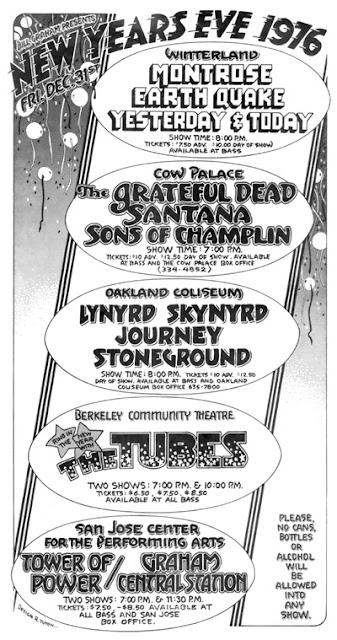 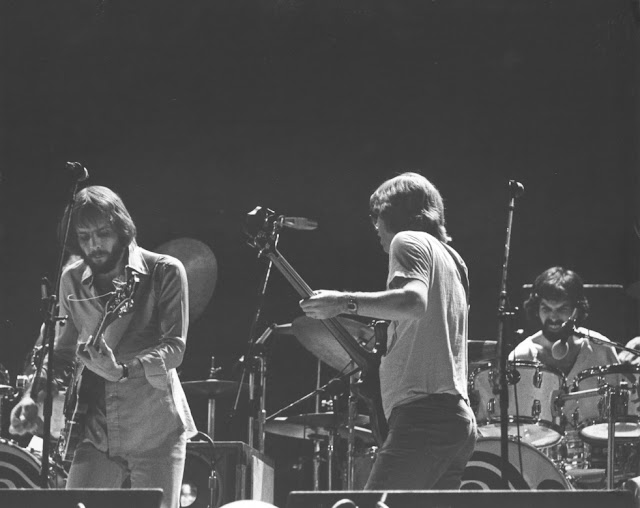 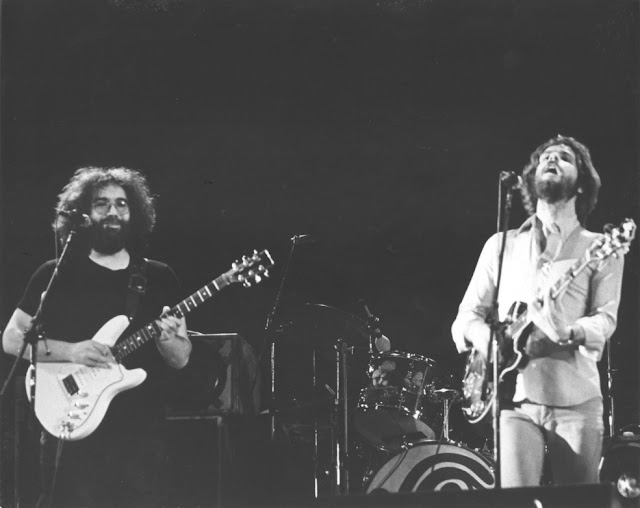 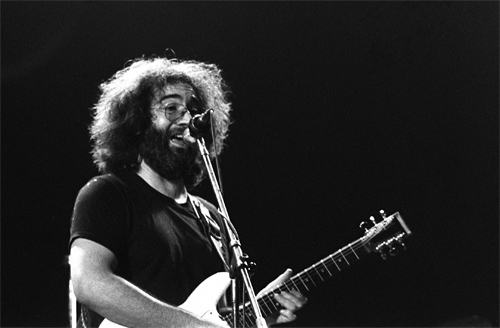 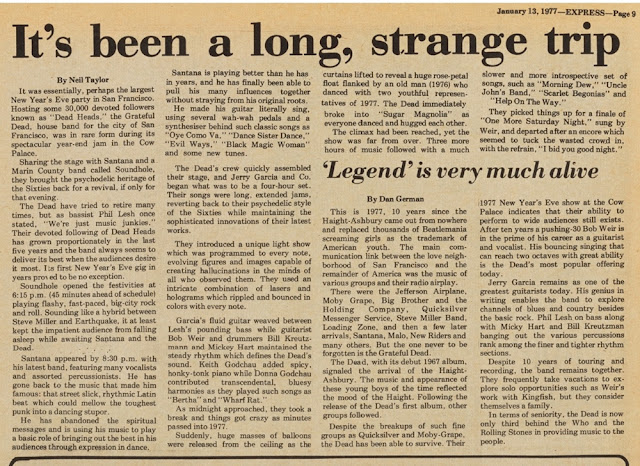