I had planned to write a multiple part series about middle shows of four night runs last year, but I spaced.  The first ones I was going to write about were June 10-11, 1976. David Lemieux and Jesse Jarnow beat me to the punch with the June 1976 Box Set and Jesse's superb liner notes.
Music never stops here

When I was 17 years old, I attended my first two Grateful Dead shows at the Boston Music Hall on June 9 and June 12. I was scheduled to go to June 9 and June 10 after I responded to the Dead's amazing mail order offer, which I had heard about in Dead Relix, which I had started to get that year.

For my mail-order tickets, which was only weeks before the show, I ordered 2 each for June 9 and June 10 randomly and low and behold I got them in the mail. I remember going to the school mailroom and getting my tickets, I think it was 10am. The only other people waiting at their mailboxes were a few other Dead Heads from around the school. This started my lucky spree of always getting mail order tickets for every show I always ordered. 100%. Not sure how that happened.

June 9, 1976 was my last day of final exams at Phillips Academy in Andover and as I finished I took the Trailways off to Boston and met Jimmy Roux who went to the show with me that night. We stayed at his brother's Dave's dorm room at Harvard that night and saw that amazing show. http://www.gratefulseconds.com/2016/06/my-first-show-june-9-1976-boston-music.html
with the rapid fire rarity first set, the return of St Stephen, and the famous backwards Eyes of the World.  Jimmy headed back to Maine the next morning.

As I wondered around Cambridge record stores on June 10, I realized I had what I would learn later is the common Dead Head complication of no place to sleep after the show.

This is the part of this blog, where I made the worse decision of my life.  I opened my wallet to pay for an LP and a record clerk says to me, hey are those Dead tickets for tonight? I said yes and he asked to buy them. I thought for a second and said ok. I got the $15 and used it to take a bus home to Maine. Crazy I know.  Only a few months early in November, I had to sleep outside after the Dylan Rolling Thunder Review show at the same venue. And this was May!  Luckily I was offered a ticket to June 12, the last show of the run, which evened out the karma. Now back to June 10.

So back in the pre MIKAL and internet days, it was the norm to never hear about shows you didn't see. So for example, no votes in the annual 1977 poll for May 22 (Dick's Picks 3).

So I never heard about June 10 and June 11, 1976 sets until a little while after Jerry died in the mid-1990s.  After his death,  I reconnected fully with listening to the Dead when I acquired 200 six-hour VHS tapes from a guy who worked at Genentech who had moved on to DAT. What was cool was al;l these Betty Boards and other tapes which would play through in their entirety. The only snag was this guy always recorded the second set first and then the first set. But, I could listen to entire six hour blocks without getting up to change anything. One of these VHS tapes had June 10 and June 11.
So I listen to these fresh without seeing any setlists or knowing any songs played. It was like a second chance at being at these shows I missed.

Luckily these beautiful Betty's sounded amazing on my stereo.  I listened to June 10 and 11 straight for six hours, albeit set twos first. 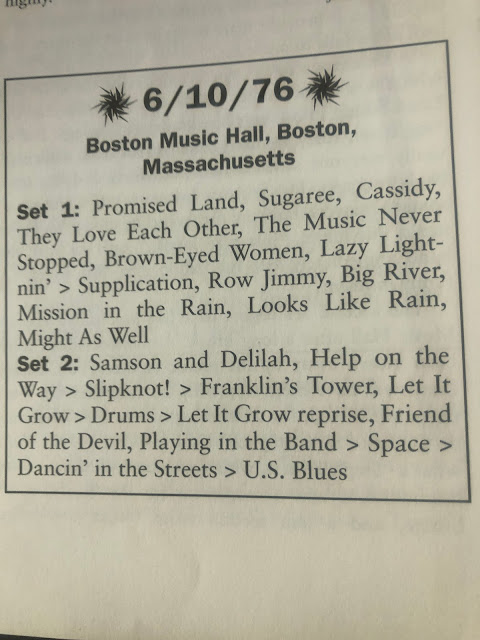 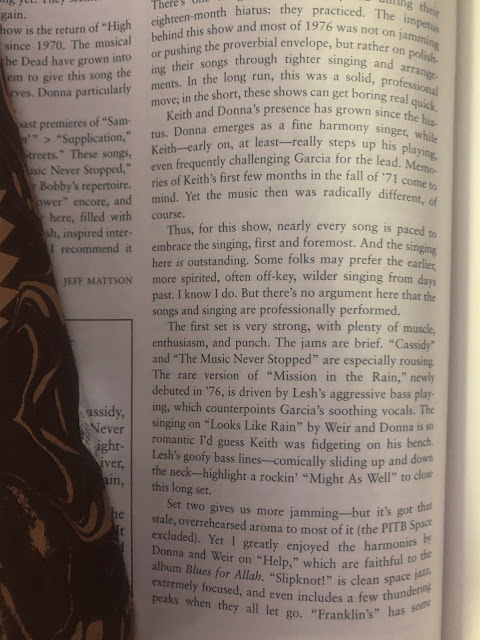 I hear the first East Coast Help on the Way>Slipknot>Franklins which extends into Let It Grow.
And the only ever Playing in the Band>Dancin in the Streets which keeps going in to US Blues.
Wow nice set

I never heard for more than 20 years this beautiful Mission in the Rain. Luckily I got my 1 of the 6 ever played by the Dead two nights later.

And on June 11, I hear set two first again.  Like in my June 9 show, the Dead opened the set with another St Stephen (nothing wrong with repeats like this) that answers with Dancin>Music Never Stopped.  Well, not as spectacular as my show, but still incredible return-from-vacation Dead.  Thanks to that treehouse practice space over at Weir's. After a cool late set two Sugaree, the Dead play the first of  two-nights of  Sugar Sunshine splits with a once-only Sugar Magnolia>Stella Blue>Eyes of the World>Sunshine Daydream.  I so wish the had the $20-$30 bucks back then to see these two shows and stay at a flop house in Boston. 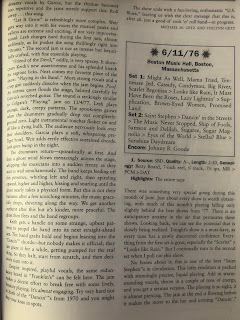 Thanks to Jesse Jarnoe (@bourgwick) for the Grateful Seconds special thanks in the Box Set
These notes feel like a book.  Buy the Box to read it all 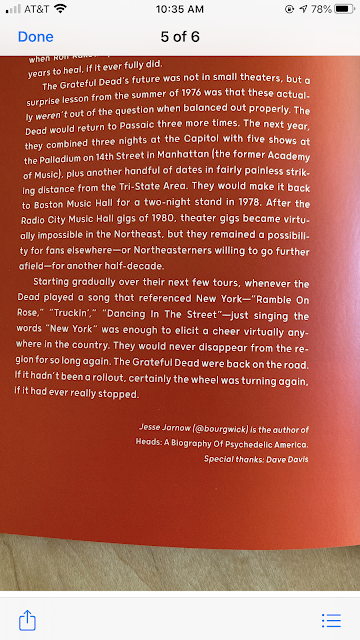 For Grateful Seconds looks at June 1976 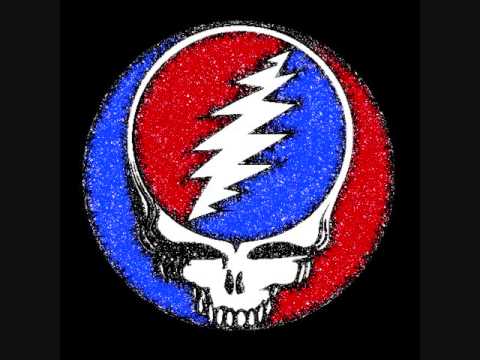