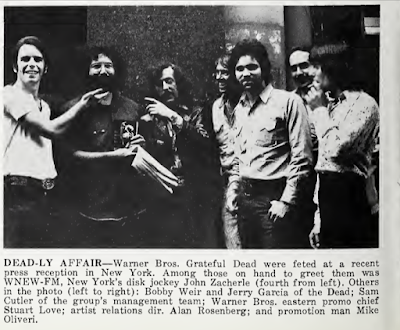 You Betcha Show: October 19, 1971 U of Minnesota. Oh its Keith's first Show, and It's on the Radio and They Debut Six New Songs

So new big deal, the Dead were running late.  But Sam Cutler had his great new booking strategy in place.  The Dead and the Riders were blocked for 5 hours on KQRS for the opening night of the 18 nights in four weeks followed by11 more shows in December.  Six new songs were added to the songbook this night. And first day rookie Keith Godchaux would open his tenure with the band.
The six were Tennessee Jed, Jack Straw, Mexicali Blues, Comes A Time, One More Saturday Night and Ramble On Rose.  Wow.
It must have been a great show because the radio tape traded forever, or at least until Dave made it his 3rd Pick.
the University of Minnesota review called it Dull Dead. Huh.  Austin must have been sad without a Dark Star>St Stephen>11>Lovelight.
Light Into Ashes on Dead Sources finds a much more fine review by Marshall Fine of the Minnesota Star. https://deadsources.blogspot.com/2019/09/october-19-1971-northrop-auditorium.html 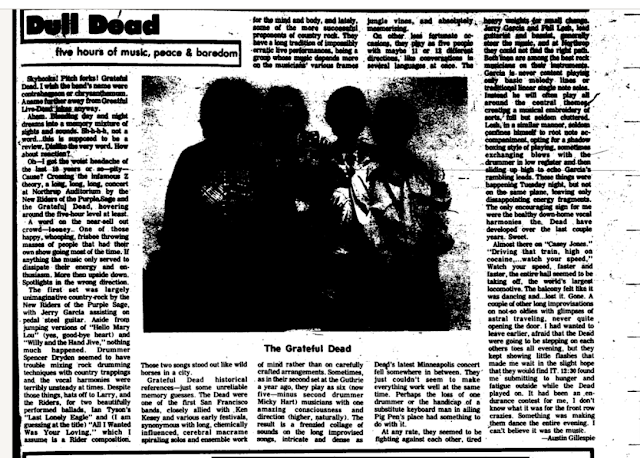