In http://jgmf.blogspot.com/2016/02/quite-little-cash-cow-jgb-early-1980.html, the famous Corry342 (see below) makes the observation that "It is my thesis that while the Grateful Dead's music moved (in effect) from West to East, Deadheads tended to move from East to West."

I agree. So I have decide to show graphically why this may be true.  I am using as an example traveling to my first 11 Grateful Dead concerts in 1976 and 1977 and comparing this to my first 11 concerts in the Bay Area in 1980 and 1981 after moving there in late December 1980.  I have using all the shows I went to in 1976 and 1977 (look to the right if you want to know the exact shows) and the first 11 I show in Oakland and Berkeley starting in December 1980 through December 29,1981 (that's 11 also).  Note I am not counting the Acoustic Show way over in San Francisco or the killer commute to San Mateo for the surprise show, so maybe you can add 30 miles to my totals. :))

Here's what it takes to be 17 and 18 years old without a car and without a driver's license and basically dead broke while attending high school and college to see 11 Dead shows in northeast in 1976 and 1977. 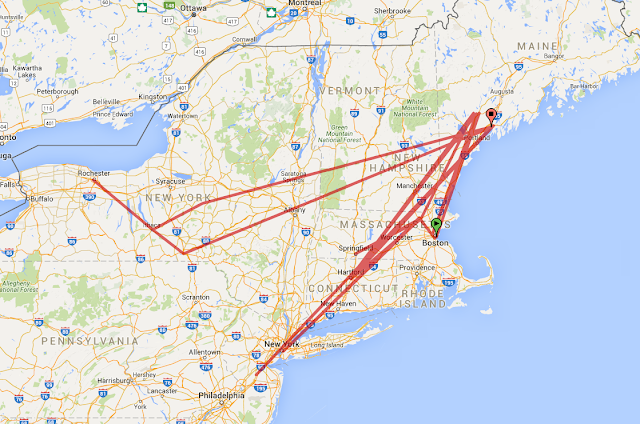 Accounting for trips back home to Lewiston, ME and schools in Andover, MA and Brunswick, ME, google maps says my travels are:

Compare that to the mellow hippie boy moving first to Alcatraz Ave and then 2816 Fulton Street in Berkeley.  here's my path to 11 shows of pretty amazing GD in 1980 and 1981. 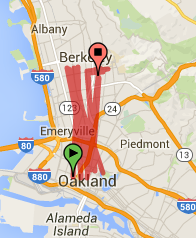 These 11 roundtrips took about: With no car needed, alot on foot up Bancroft to the Greek for 3 of these shows or a few stops on BART over to Lake Merritt Station for the other 8.  I think they should rename that place Terrapin Station, it always looked a little trippy to me (like this) 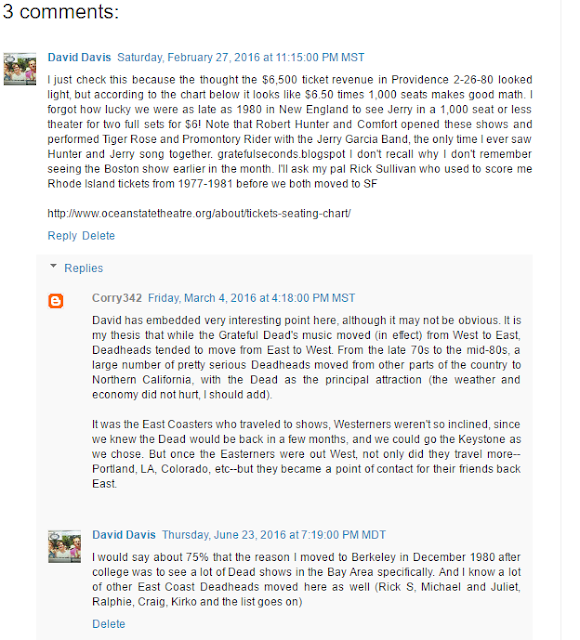 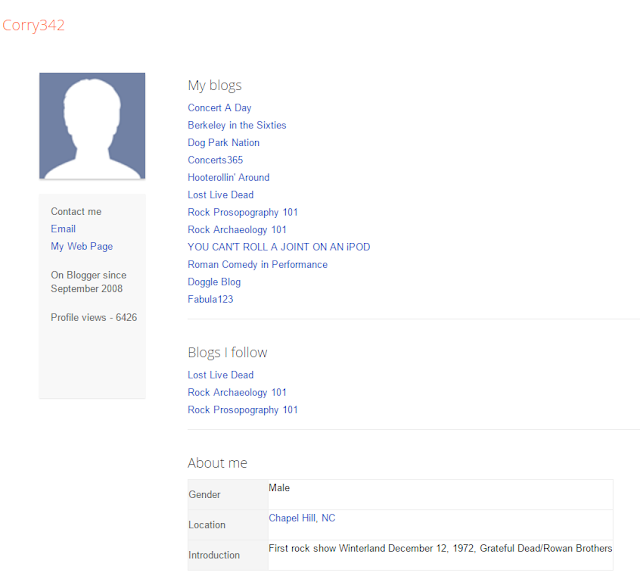 Email ThisBlogThis!Share to TwitterShare to FacebookShare to Pinterest
Labels: 1980, 1980-12-31