After opening the month with three days at the Avalon, the Dead started their April cross-country tour with a show at the U of A for 2,600 rock-starved Arizona fans.

This show almost never happened as University of Arizona repeatedly blocked efforts for the show to occur earlier in the year.  Luckily the band got this gig in before heading to Salt Lake City for a rare Utah appearance.  It is rumored that this is where Bobby saw a color TV in every room (not).

The Crytical>It's A Sin is quite good.

According to Deadbase, the tape is incomplete.  The show was something like this

You can hear whats's available here.  I do love the Arizona Daily Star review and nice ad for the show, $2 and $3 tickets. 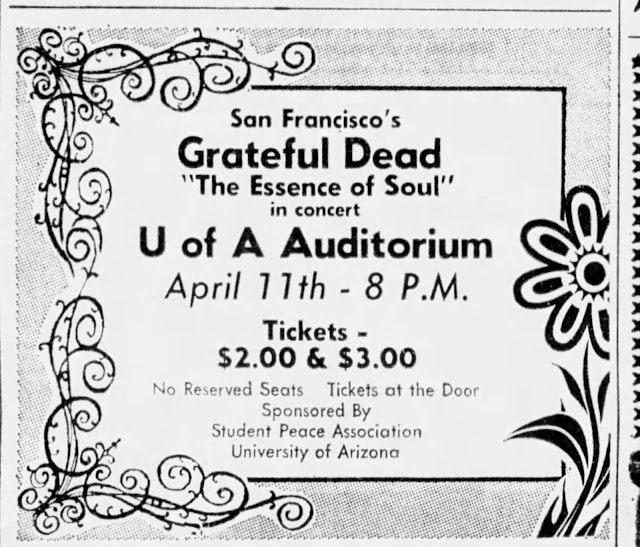 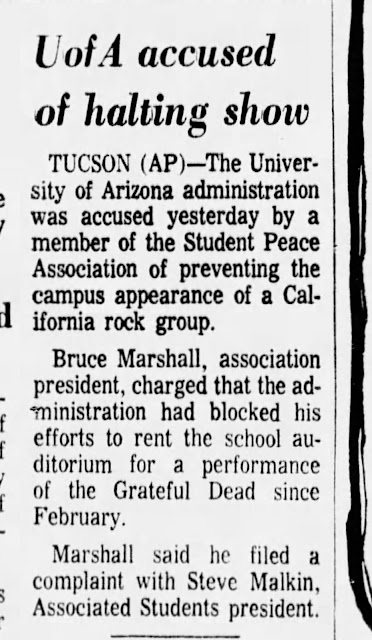