The Epitome of The Grateful Dead Experience, Hartford, May 10, 1980

Jeff Fishman, in his review, in The Taping Compendium, called this shows the The Epitome of The Grateful Dead Experience. Jeff felt that the first set sucked and the second set was incredible.  I think Jeff was half-right. Because the first set of this show is great as well making this one of the most underrated shows of 1980. Listen here

Where it really gets special is the Seven Songs before drums and Space. Note there is only a SBD of set two  China Rider still rather new in the Brent era opens before 1980 versatile workhorse Feel Like A Stranger seques into a rare predrum Comes a Time leading to Estimated>He's Gone>Uncle John's Band.  All of these can be heard on this page.

I missed this show after seeing 7 during the May 1979 tour as I was (gasp) becoming a responsible student and I only got to see Portland, Maine the next night, 25 miles from my college. 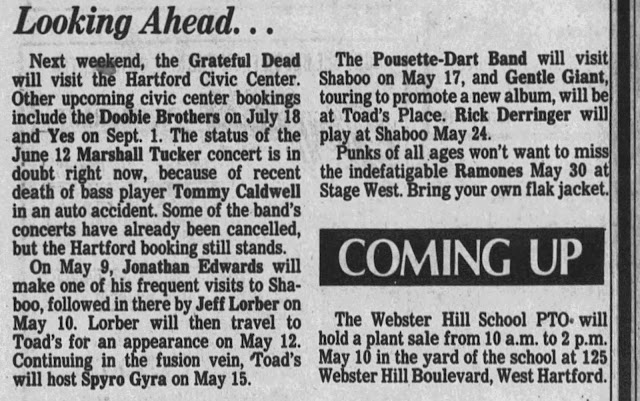 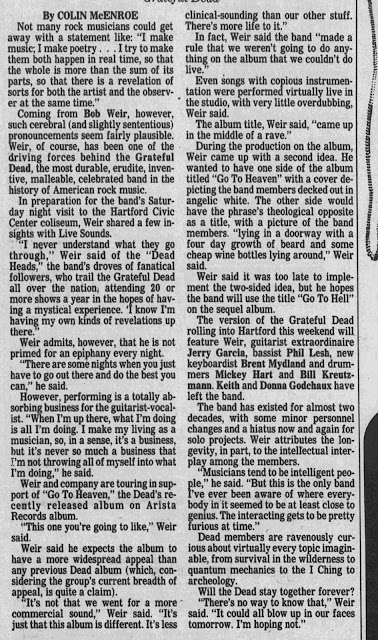 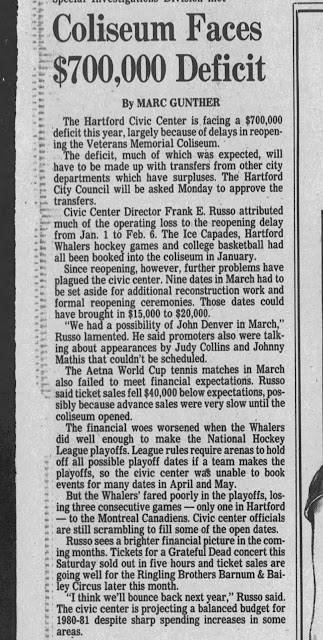 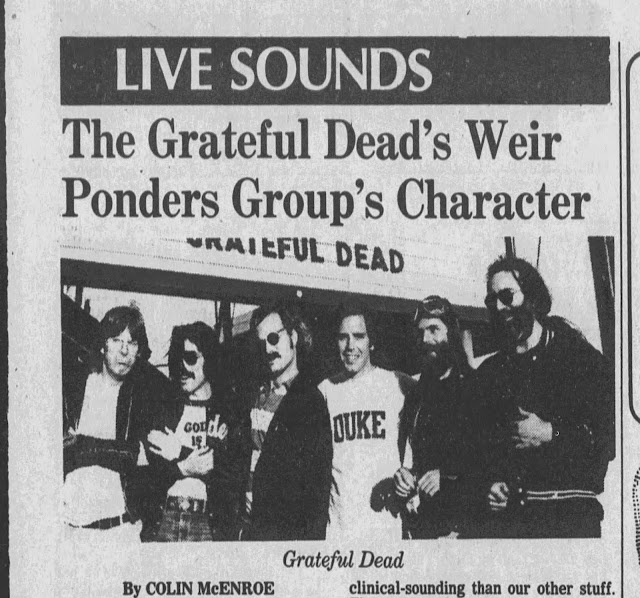 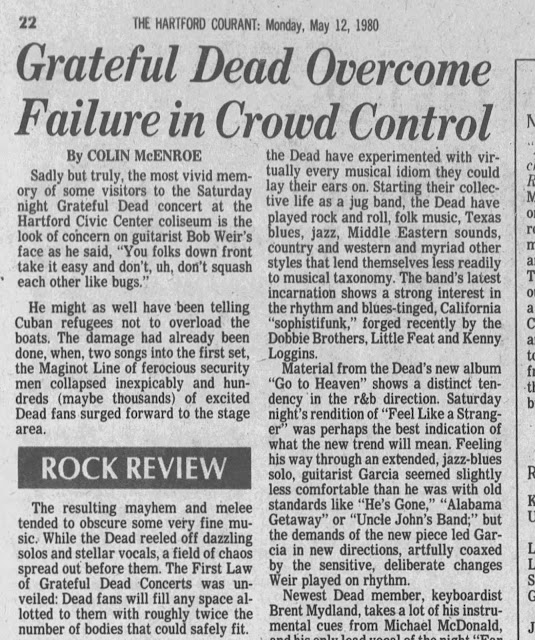 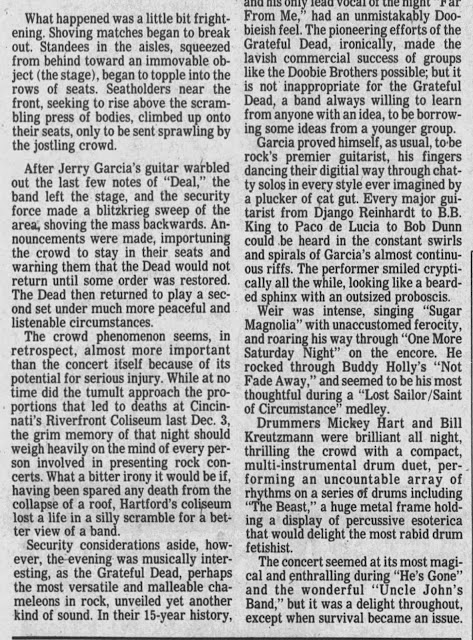 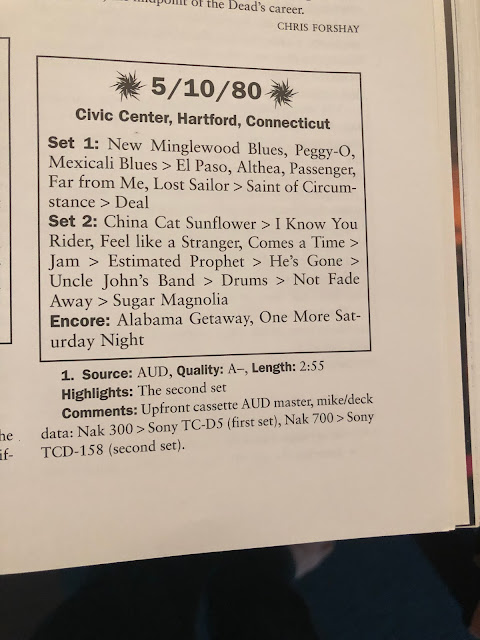 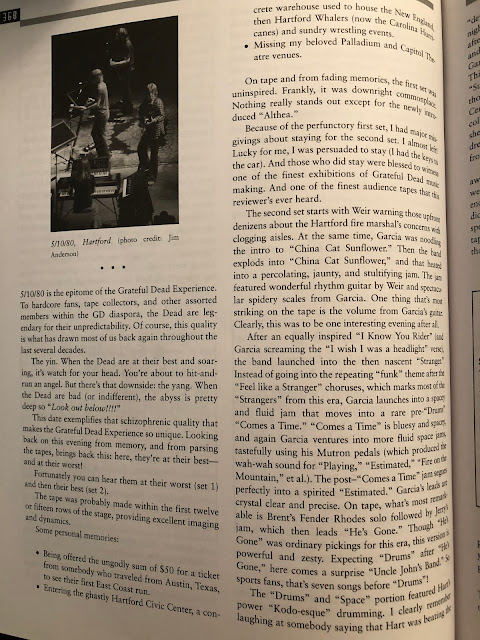 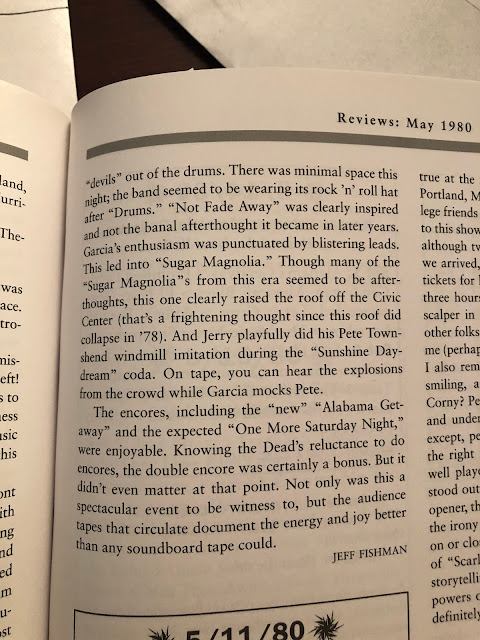 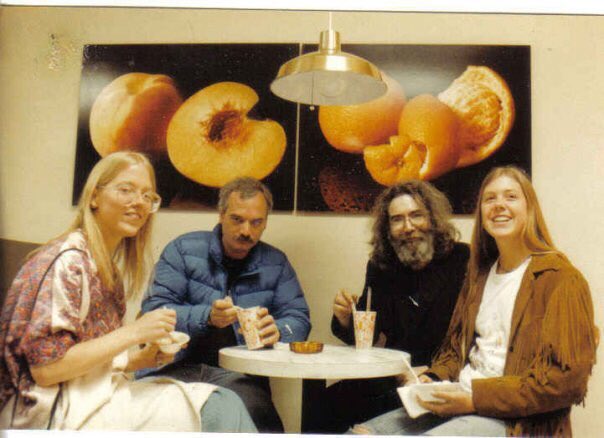