Accent the positive.  I read a book lately and recalled some pretty remarkable shows after the Grateful Dead ended 23 years ago in 1995. I talked to my friend Juliet who goes to about 6 shows every tour every band and she had a Completely Different List.  So I realized that if I asked 100 Deadheads about ten shows they liked in the last 20 years, they would all have dfferent lists too.
So in order to not drive myself crazy, I stuck with my list, which you get here if you so desire. There are almost ten bands in the last 20 years and I'm not trying to say these are the "Best" show by all these bands. They are just shows I happen to like.

I want to highlight the Gary Lambert and David Gans Broken Angels band with Phil in 1998 which started this all and give it major props.

Eleven excellent shows I liked after 1995

You all know most of these so i will let you discovered them on your own from my dropbox link so I'll only make a few comments on each.

1. 1999-04-16  Phil & Phriends   Warfield
Phil invites two dudes from Phish (a band I have never seen) and they do some remarkable stuff during a three night run.  This show includes Help>Slip>Franklin, Pink Floyd, Alligator and then there' s set two :) 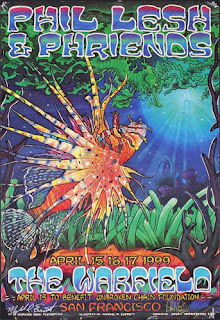 Ratdog has DJ Logic, Phil played a Viola Midnight Hour set, and then the core four comeout in a surprise

After 2am The Q play another set with Derek Trucks added 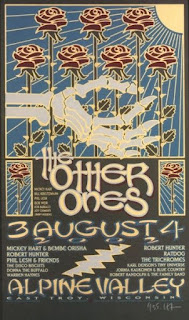 Bobby has been cooking with Ratdog forever, and this is a good example of a great performance at a great house of the Dead 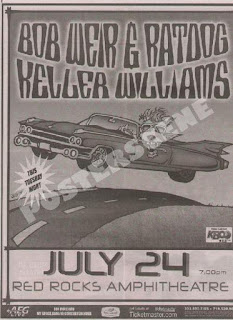 Another classic Phil performance,also at Red Rocks in 2007

I saw this show and I paid $500 to sit in row two center with my pal Evan.  I think I paid $500 for all the tickets combined for 80 shows I saw with the Grateful Dead from 1976 to 1994.
This was fun being so close and an entirely different experience from almost all other shows

The Dead played 2 second sets this night, the first a weaved through Viola Lee Blues and second set was a Dark Star affair.  http://www.gratefulseconds.com/2017/02/may-9-2009-dead-play-two-second-sets-in.html 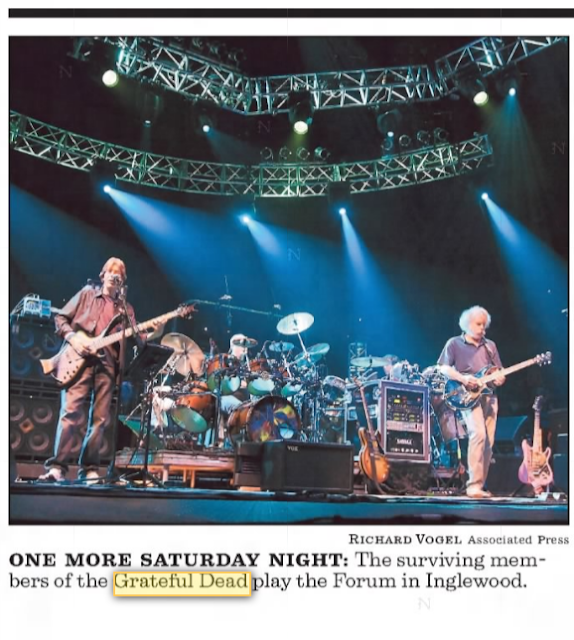 Obviously, I could just put 11 Further shows in this list, but here's are two that are cool.  You can watch this one below.   You get Help>Slip open, a full Terrapin Suite and then in set two

Back at Red Rocks, further gets Branford for the night which you can also watch. 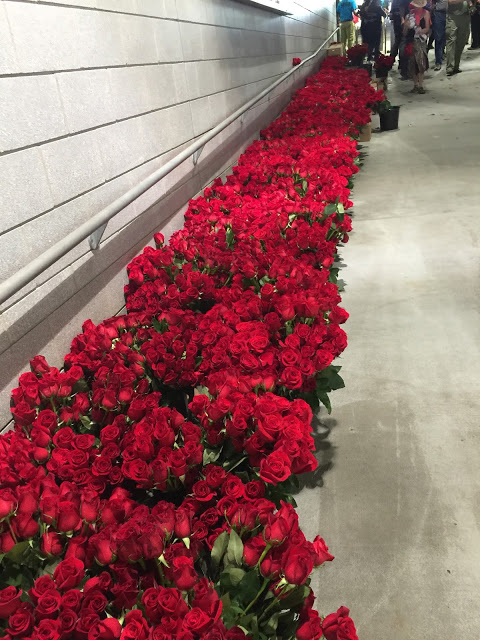 These are two grate shows of 100 so far, I'm sure you all can tell me 20 you like better

This is actually my favorite Dead & Company show