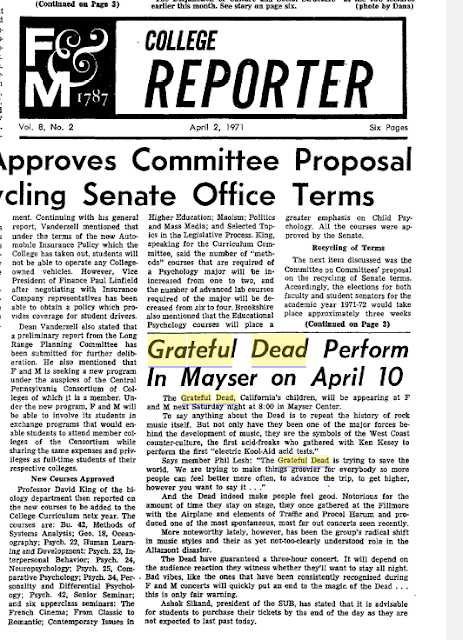 Music from the Show


The College Dead appeared at so many spots in early 1971, thanks to the genius booking plan of Sam Cutler.  College gigs guaranteed lots of college students as well as guaranteed strong income for the band.  Also the shows tended to be a little more mellow and shorter and easier to play at.  And also there were coeds.   Lucky for us there were also college newspapers with interesting Grateful Dead info and other 411.

After a couple of times in NYC and Boston, the Dead took a night off and drove (flew) down to Lancaster, a little under 400 miles for one more Saturday night college show. Two nights later they would be in Pittsburgh, about 240 miles west. . 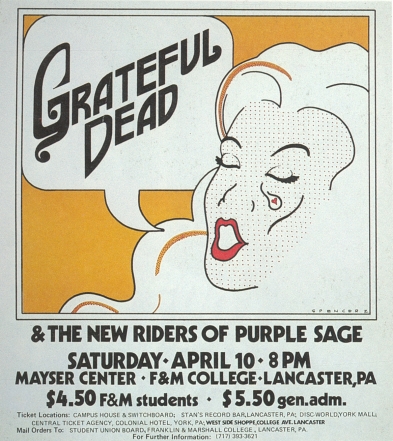 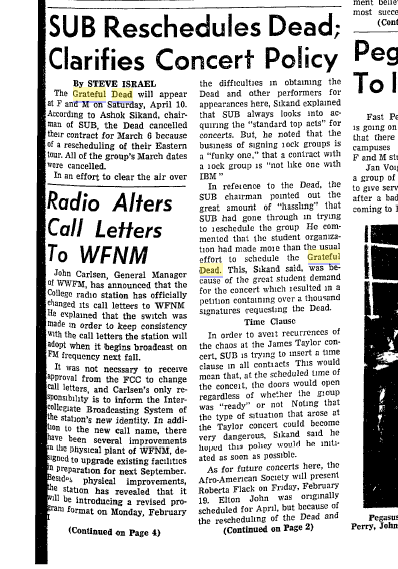 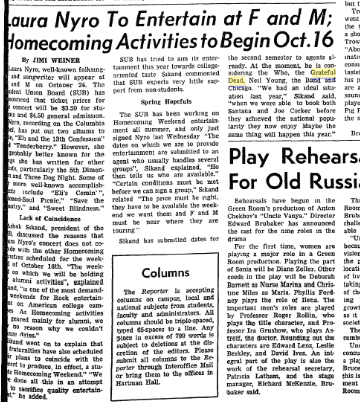 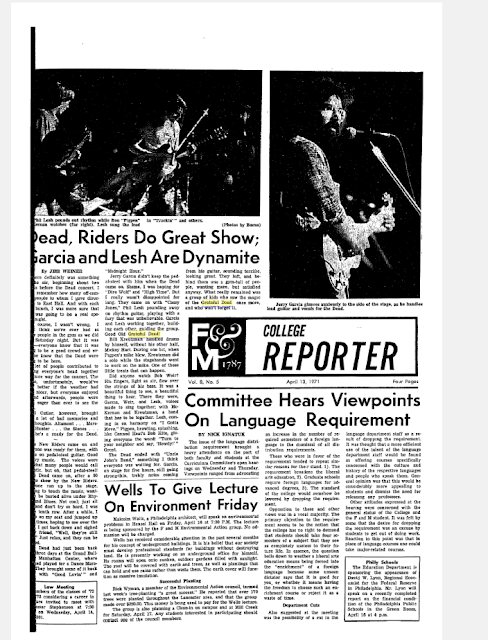 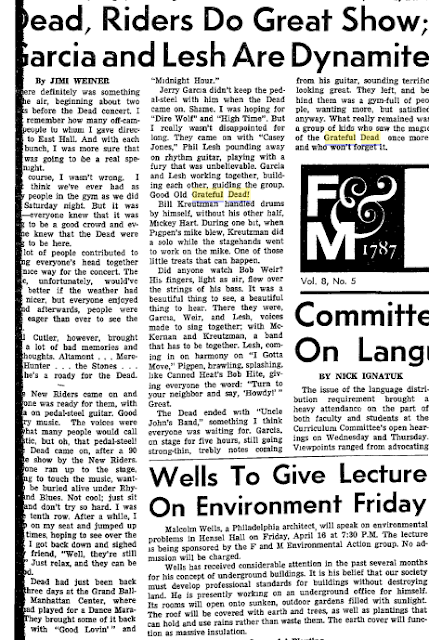 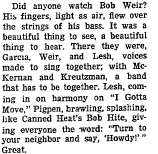 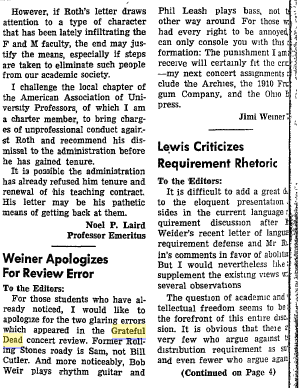 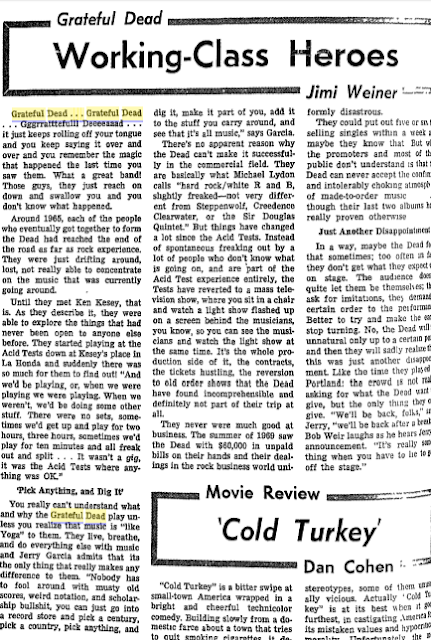 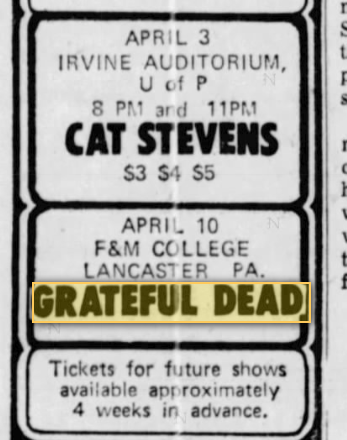