Not Sleepless in Seattle: UW Students get 46 Minute Playing In The Band & Very Clean in Hotel, May 21, 1974

The wall moved into Seattle on May 21, 1974 and with it came a 46 minute plus Playing In The Band that opened the second set. Listen here

Deadbase's John W. Scott's brevity is a perfect counterbalance to the massive performance. 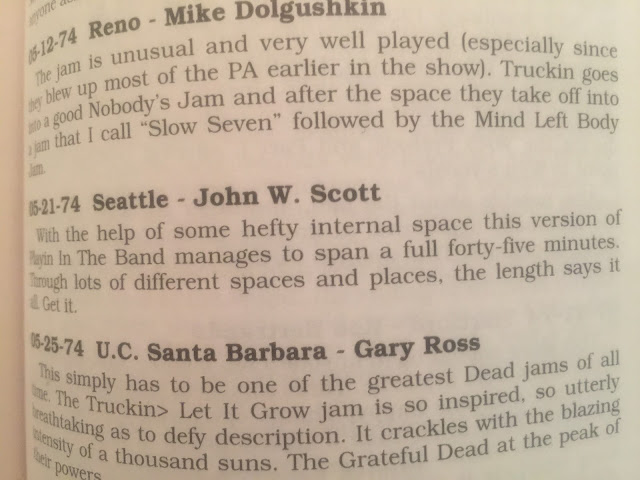 Now the first time I saw the Ramones, their entire 21 song show was 20 minutes long. The second time was 25 minutes.  So this one song on thie Spring night was longer than two entire shows.

Additionally, I have discovered a nice piece in the Seattle newspaper a few weeks after the show that undercovers the hotel room habits of members of the band, I am not sure of the group actually stayed at the Edgewater, known for famous Frank Zappa Mudshark tale. 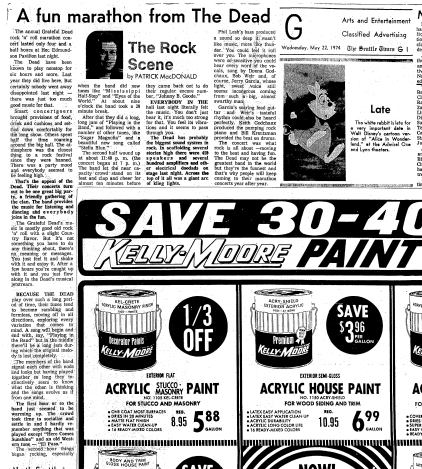 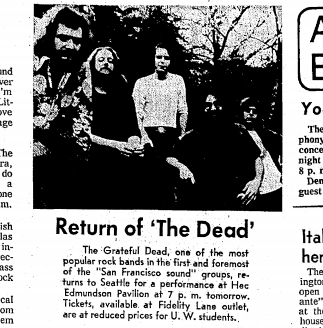 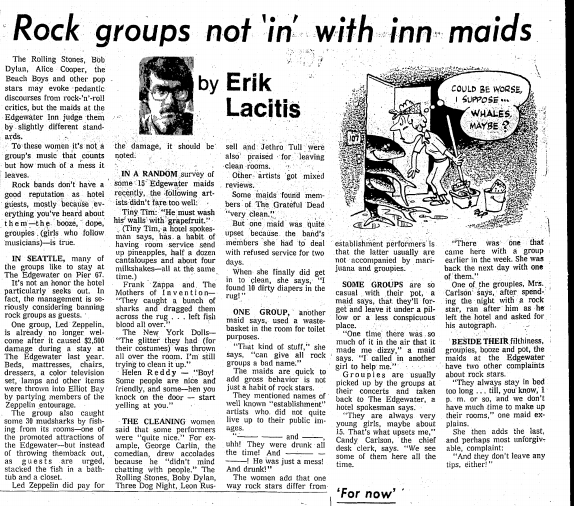 Email ThisBlogThis!Share to TwitterShare to FacebookShare to Pinterest
Labels: 1974, 1974-05-21