After 41.5 years, Charlie Miller released Dave Weidner's tape of the famous April 23, 1977 Springfield show, which marks the first time that this unknown legendary taper has allowed the release of a digital recording of his tapes, and more importantly the first time this taper is getting credit for his hard work that started forty years ago.   Much thanks to Charlie who got really did a great job pulling this off.

Charlie Miller master of Dave's tape is here.   with the mp3 here

Dave was one of the first and one of the best, hanging with guys like Jerry Moore in 1977 and supplying tapes to Dick Latvala in the 1978-1980 era.  I am hoping that soon we can hear more of Dave's tapes, if we are kind and say please.  This 1977 shows how good Dave was off the bat,  look what Latvala says in less than a year about Weidner's tapes.

The very first thing you should do now is listen to this unmastered pure copy of Positively 4th Street from the Tower Theater from February 23, 1980 on that famous Eleanor Rigby tour.

The second thing you should do is listen to this September 20, 1976 early Dave tape of Russian Lullay as his 42-year old daughter Melinda (of course), then one years old, tries to sing harmony along with Donna Jean.

Because of this chance meeting with Dave at my fourth show, I later named my son Chance.
You can read the whole story here:
http://www.gratefulseconds.com/2017/04/a-trippy-night-in-springfield-april-23.html

But here is the meeting Dave part. 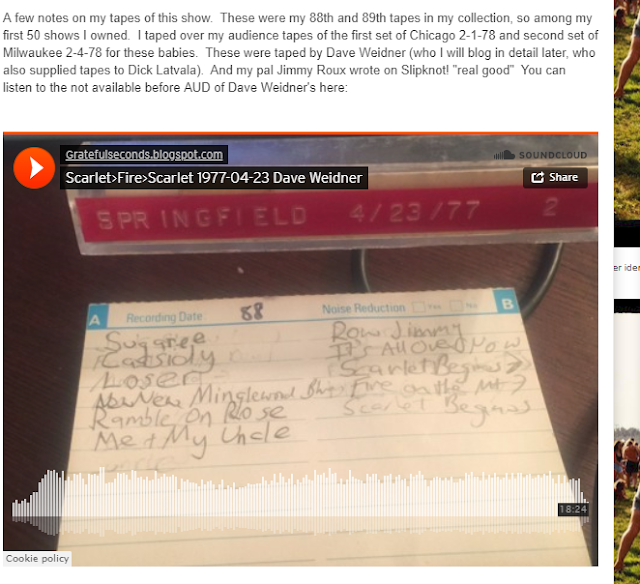 I would run into Dave at various shows, he probably went to 200 or more, and he estimated he taped 50-100 shows including this one, Cornell, and many others that soon we will know.

A few years ago, in doing normal manic Dead research I discovered in Dick's note a whole series of Dave Weidner tapes. I forget to ask Dave if that was the normal Dick "trade" from Oahu.

Here are some comments from Dick
There are a more below. 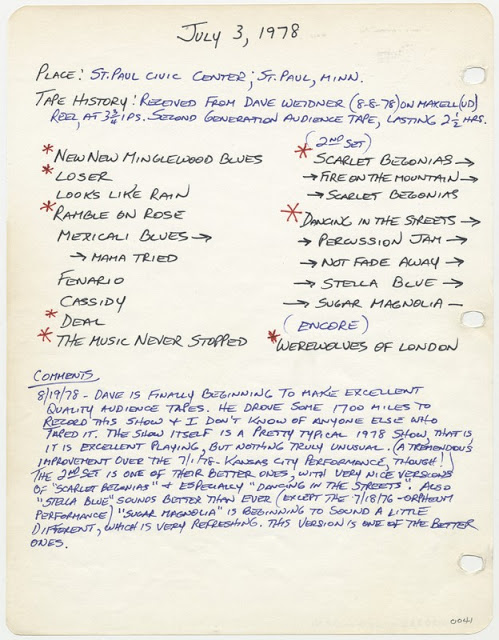 May 9, 1980:  Bob Dylan in Portland, Maine
The night before the Boston Dead show and the night after Hartford, studious me was up in Maine and could only see the Portland show of the Serve Somebody tour.  Dave came up and taped the show and stayed with me at Bowdoin College that night before leaving.  Hoping I can get this show circulated soon.


2017-2018
I  got Joe Stralo, a deadhead and former student of Dave's in PA to get me his number and I called him out of the blue after about 40 years.  We have been talking since.   Here are some comments from this week from FB Grateful Dead Society from the 200 or so who listened to the Postively from 1980 since yesterday. 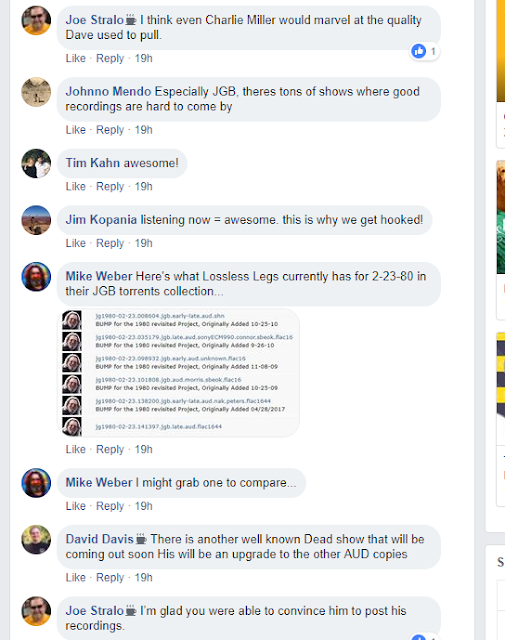 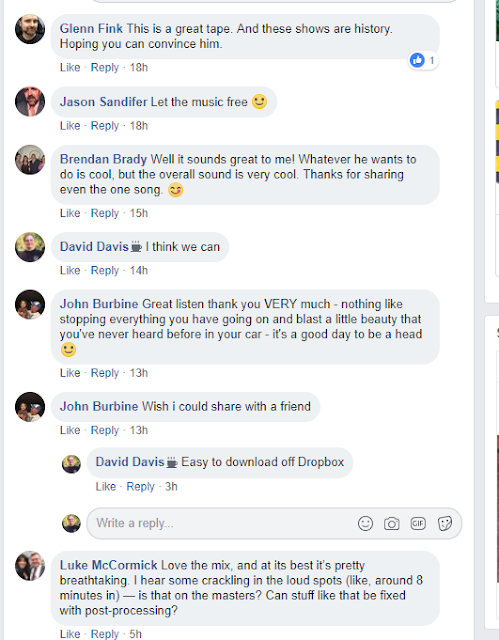 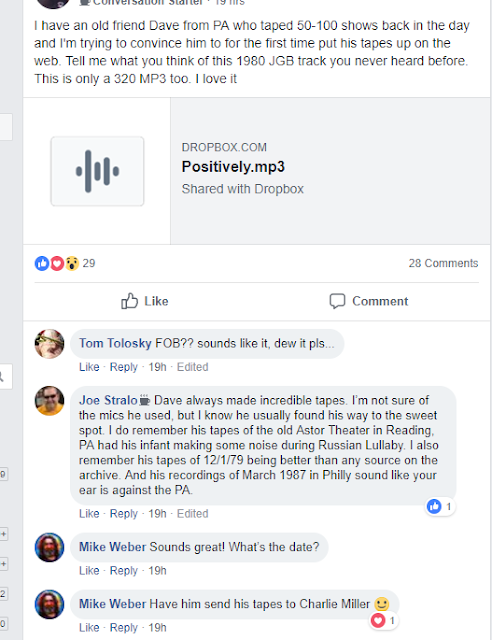 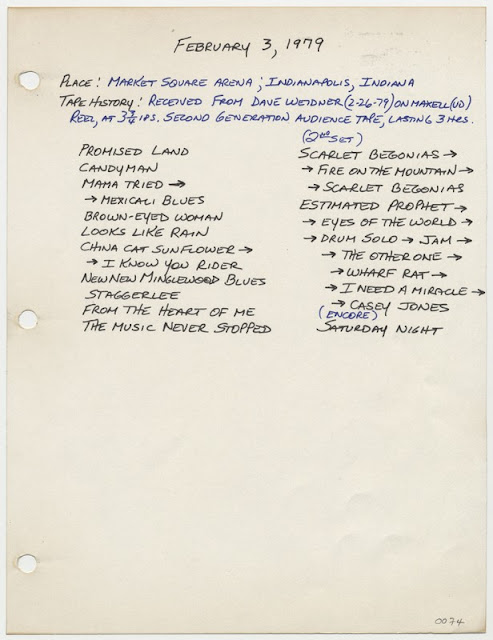 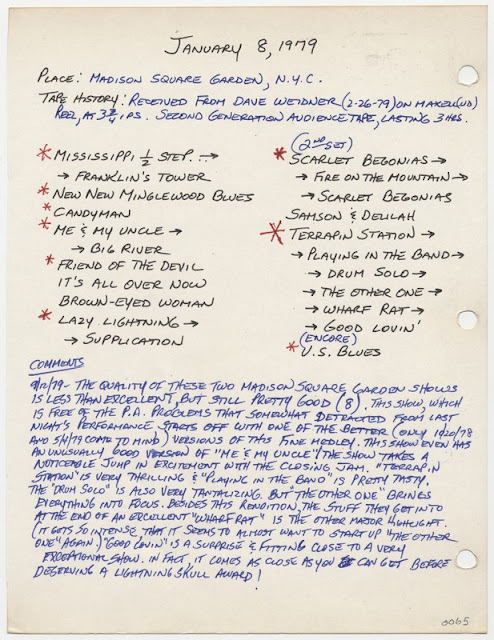 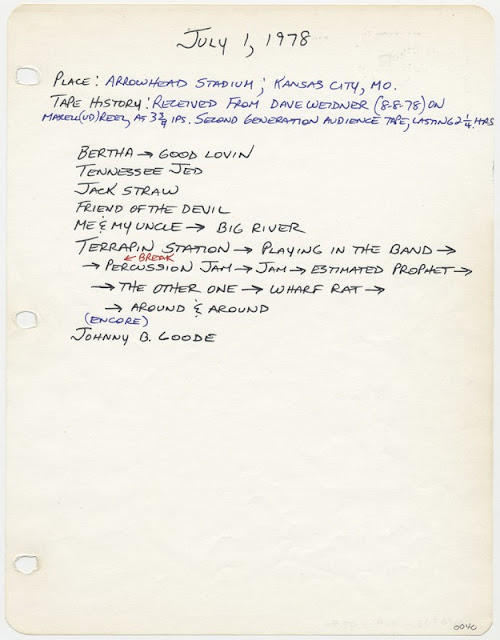 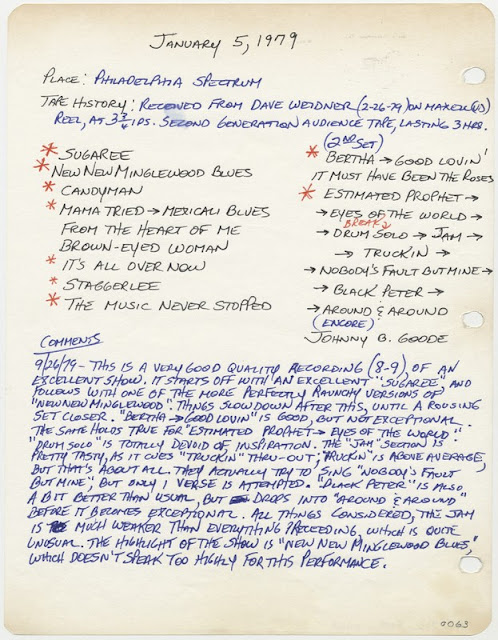 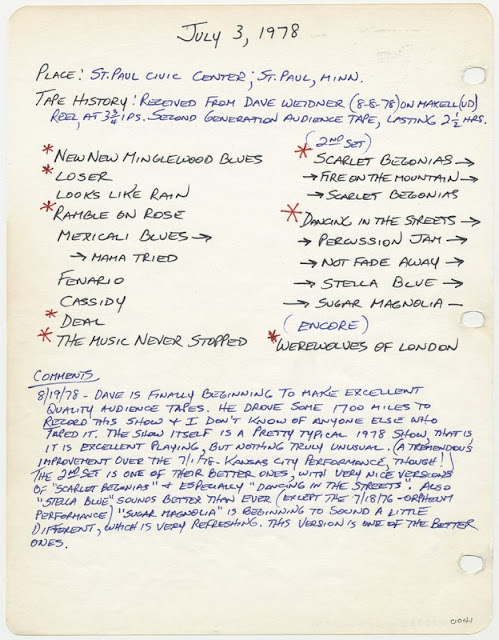 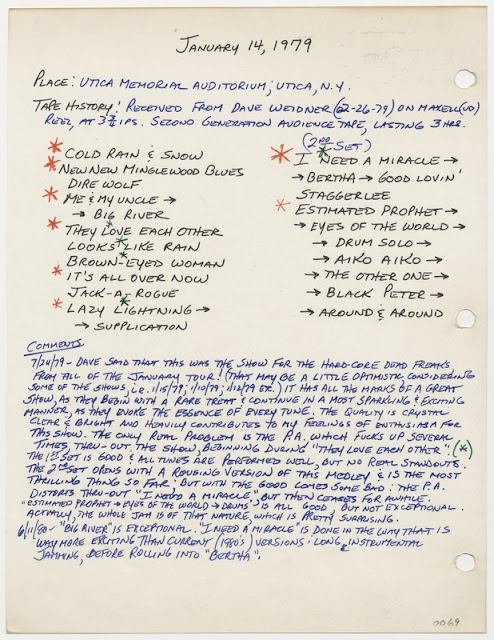 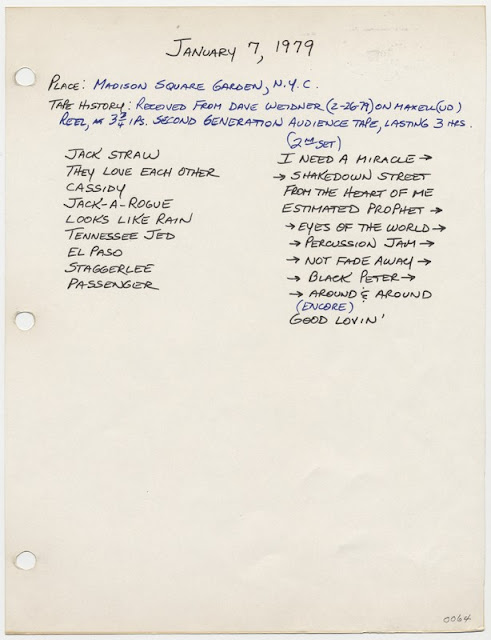