Just a few weeks after the three monster Dead November 4-6 shows in Upstate New York (all officially released by the band), and six month after the famous May 9 Grateful Dead down the street in Buffalo, Jerry Garcia took the JGB back to the New Gym at Buffalo State on November 30, 1977.
There is a sweet audience recording here in FLAC and MP3.  All when well until...

All hell broke loose in Buffalo.

The usually reliable and loving Buffalo Spectrum newspaper send out a reporter, who in the midst of one Garcia's most awesome eras (and month!) and in the same state wrote an incredibly terrible review of Garcia. All I can say is fuck that guy.  As did all of these letters to the editor written the very next issue.

Reading these letters makes me proud to be a Deadhead and almost (just almost) makes me want to move to Buffalo. 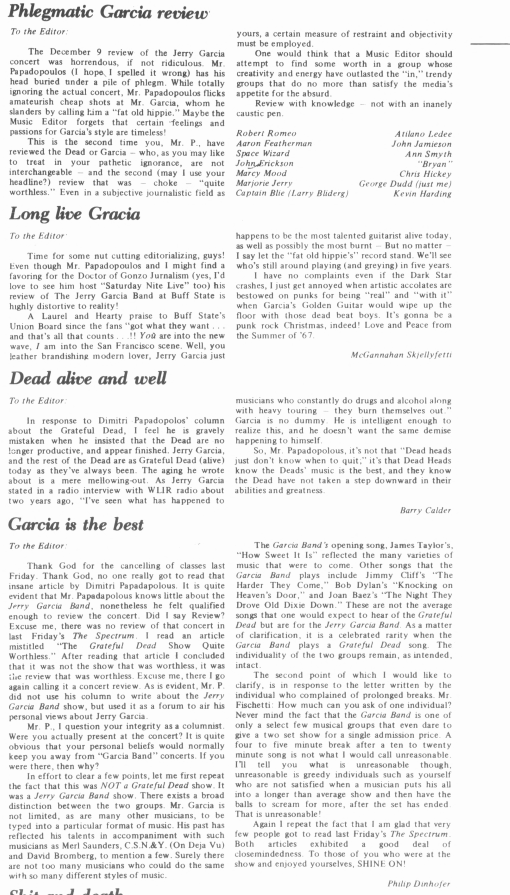 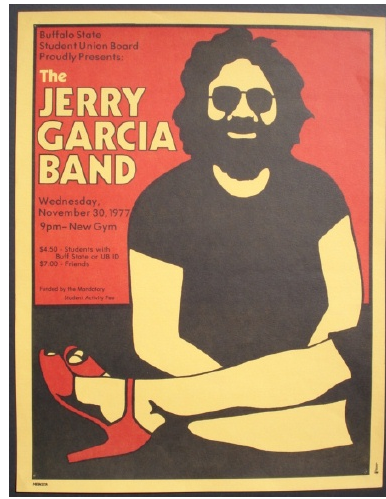 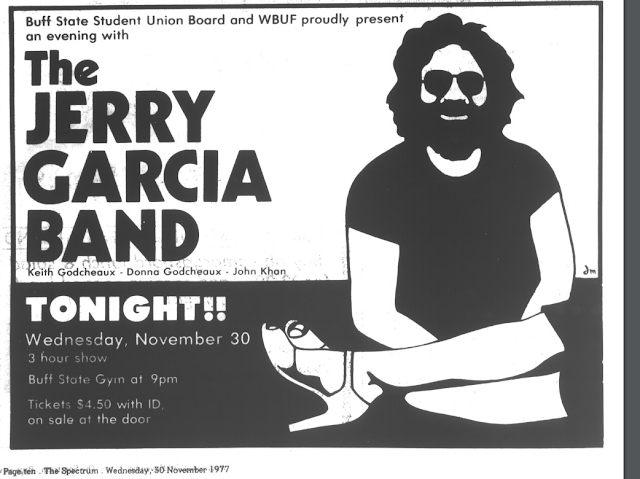 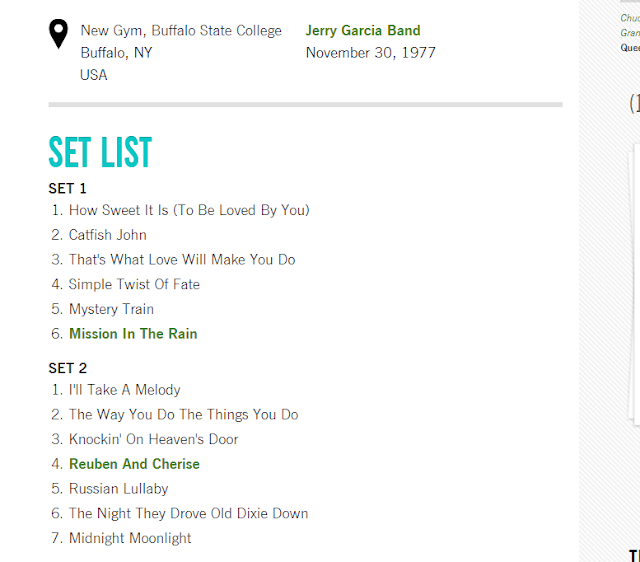 Email ThisBlogThis!Share to TwitterShare to FacebookShare to Pinterest
Labels: 1977, 1977-11-30, JGB