Recently, I found on twitter and FB some amazing later era Dead fans-in-the-crowd photos there were amazing. And I discovered another unsung hero of the Grateful Dead world, Stephen Dorain Miner, who took great photos of the band and the crowd at maybe 100 shows between 1988 and 1995.

Stephen was a go-west Deadhead, starting at his first show in Hartford  March 26, 1987 and seeing about 250 shows through 1995 all over the map at such places as Alpine, Autzen, Louisville, Warlocks at Hampton, the Greek and just about everywhere .  He also has excellent shots of many post-Dead bands and other artists. You can check out at http://www.sdmphotography.net/

Stephen is creating a photo book which I have already contributed to his kickstarter, and if you love Grateful Dead audience photographs in the later era of the Dead where likely you and your friends are there, this is a book you can support.
https://www.kickstarter.com/projects/sdmgratefuldeadphoto/grateful-dead-tour-life-photographed-by-stephen-dorian-miner 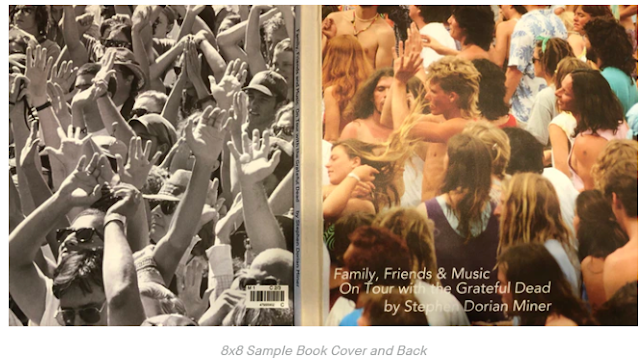 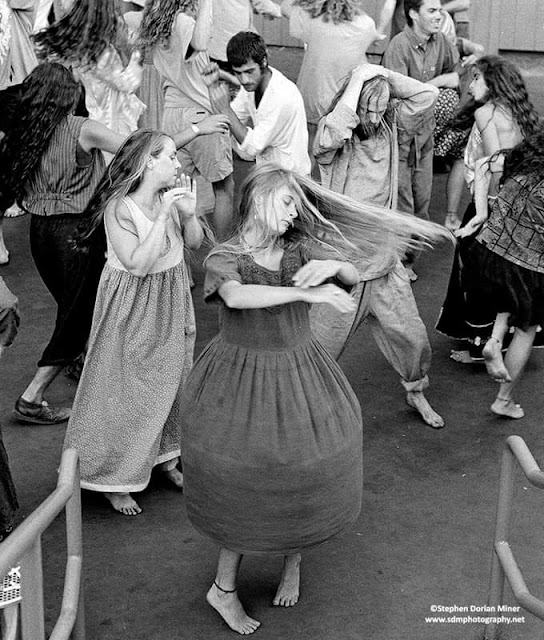 He even wrote this piece in Relix in 1992. Stephen told me got to meet all the Dead band members except he never met Jerry.  He did take this beautiful black and white of Jerry Standing on the Moon. 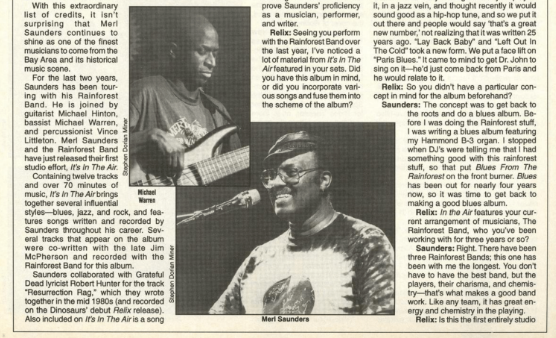