In 2015, the Fare Thee Well shows generated the highest level of music PPV sales to date with 400,000 folks ordering at thousands of dollars a piece, well it seemed like that
https://variety.com/2015/music/news/grateful-dead-pay-per-view-record-1201548827/

But back in the older days in 1989, I thought maybe they get 50,000 or less. And I used to guess in the papers in my first job after grad school. (see below)

Never miss a Sunday show, they say, and especially when Sunday (ie show 3 of 3) is a Wednesday, you can Hideaway in your own living room and crank it up and watch it.  Your modern folks might do this every week (like did you see Terrapin in the encore last night), but 30 years ago in 1989 this was brand new stuff.
y
As you can see it's a pretty cool show, and the Big Man joined the band.  Luckily we can still watch this thanks to the stylings of our hero Voodoonola.  I especially like all the crowd footage at the start. Enjoy 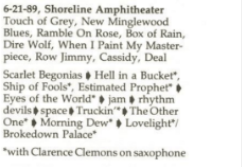 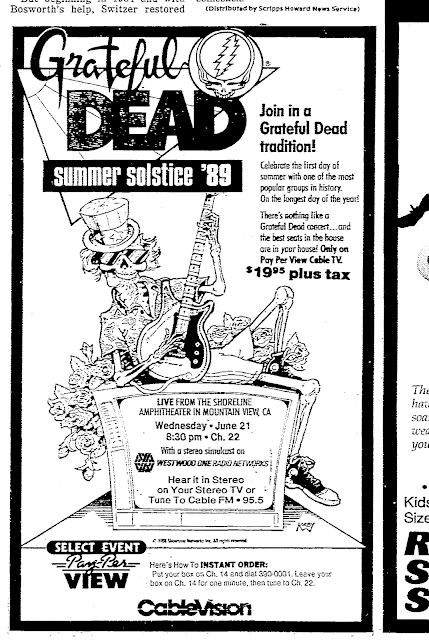 See before I analyzed the Dead, I used to talk about this stuff 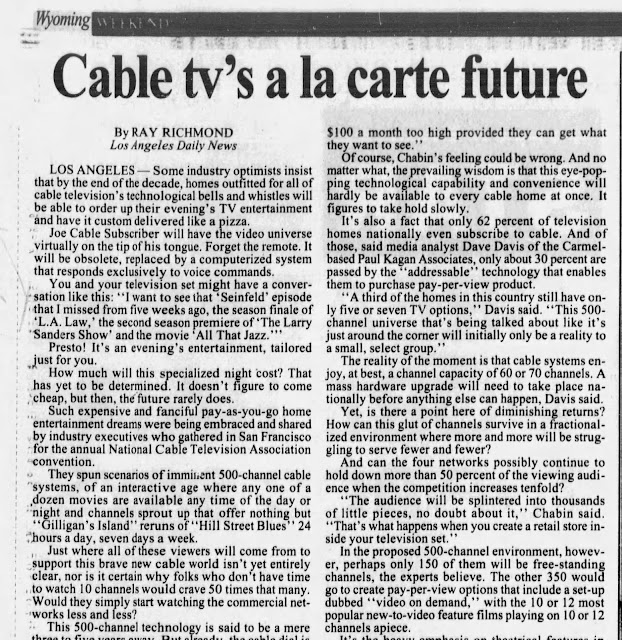 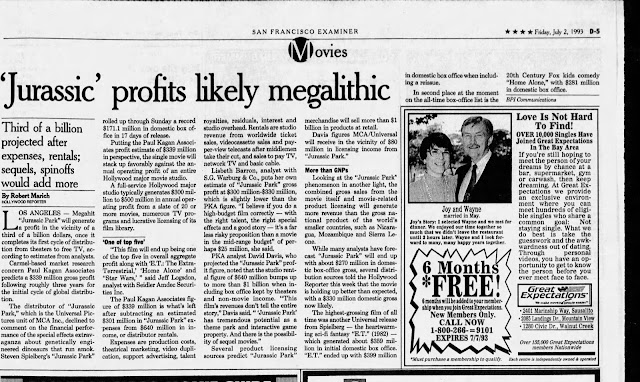 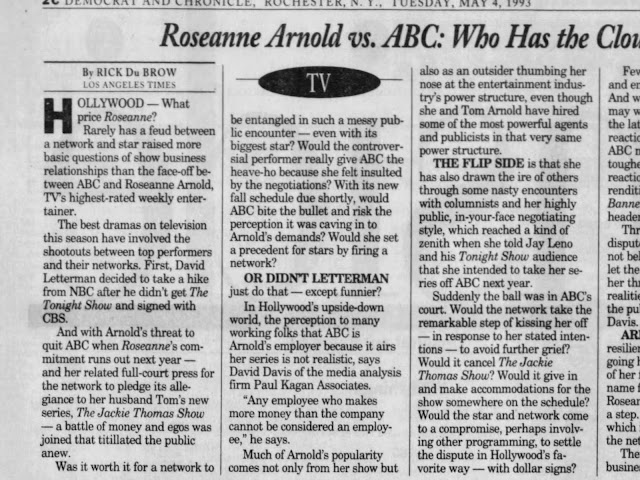 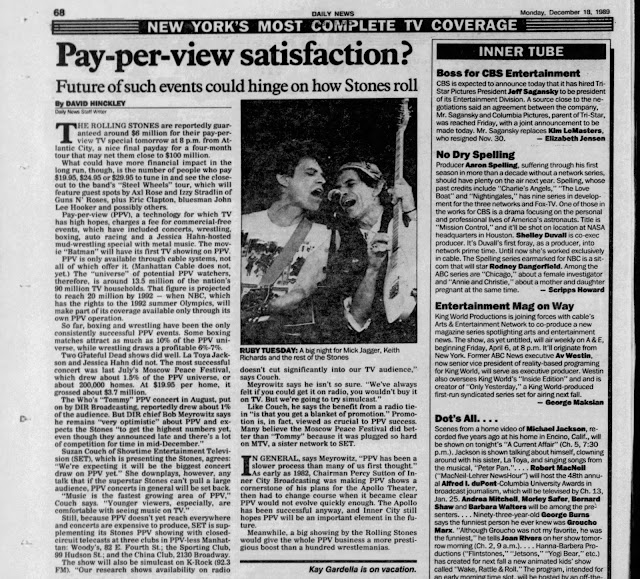 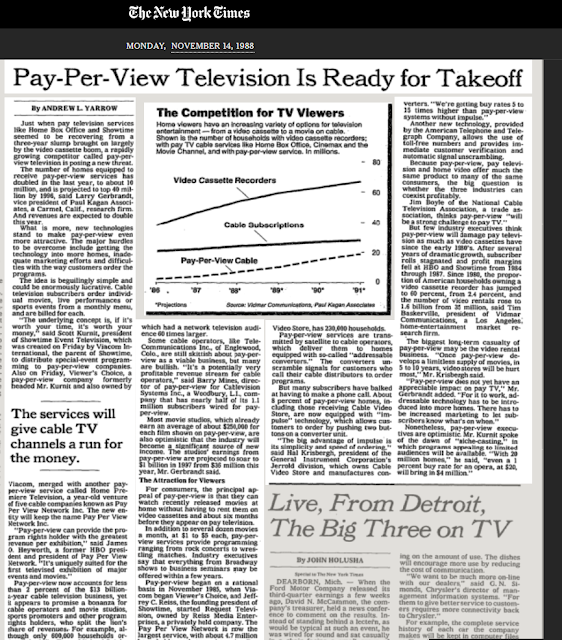 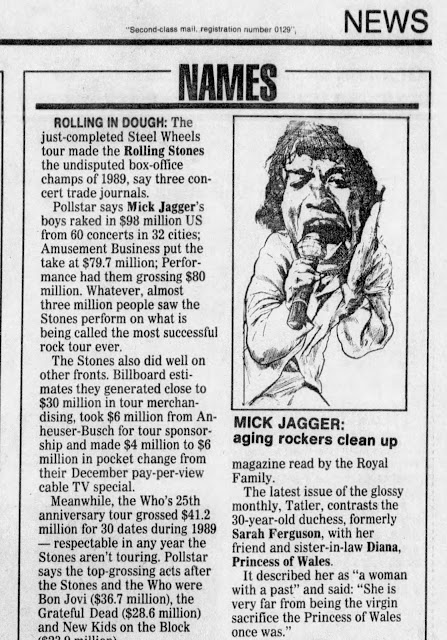 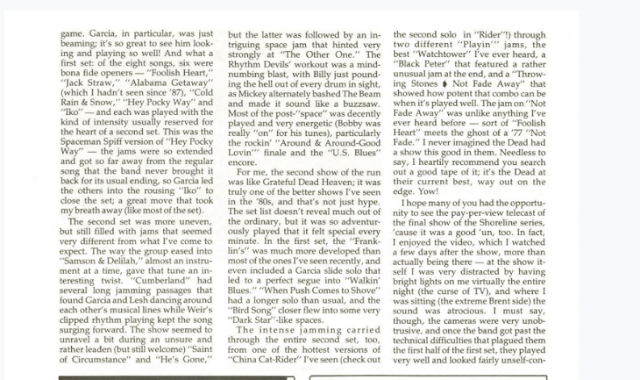 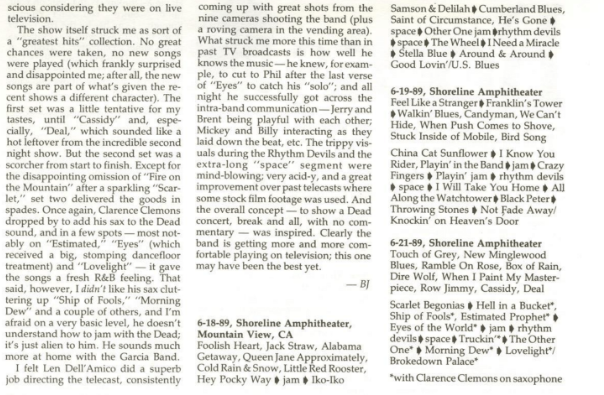 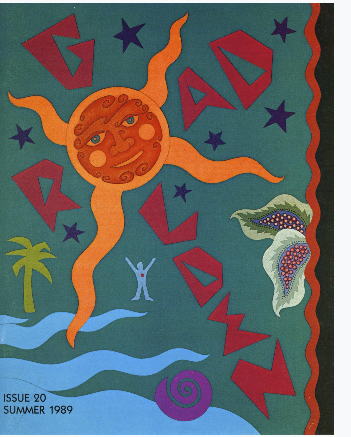 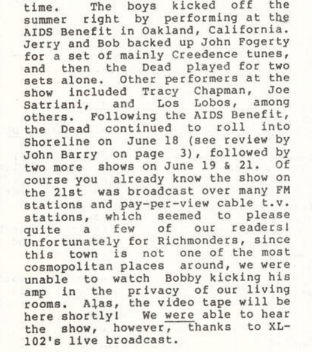 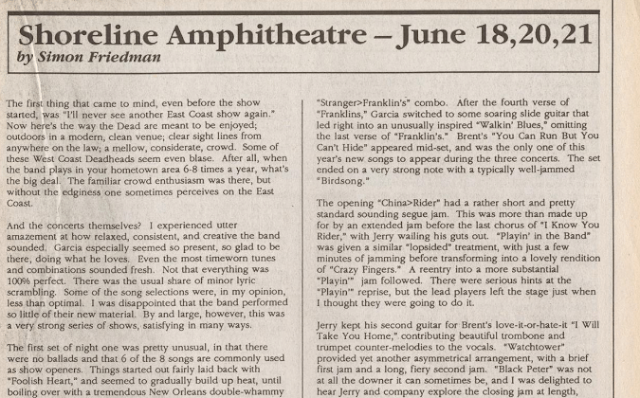 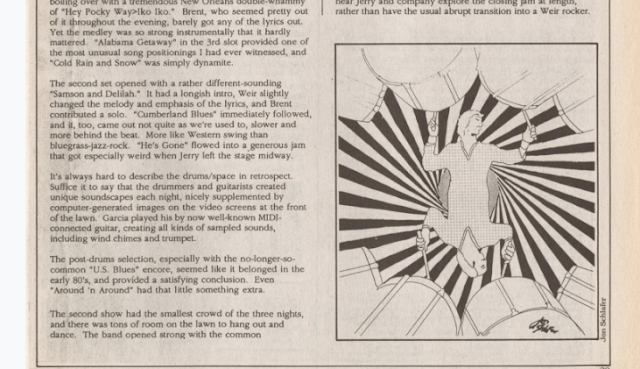 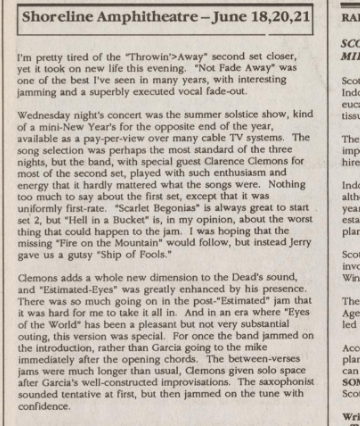 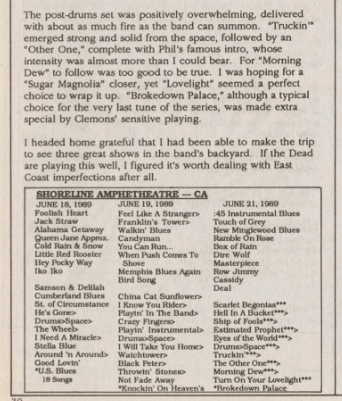 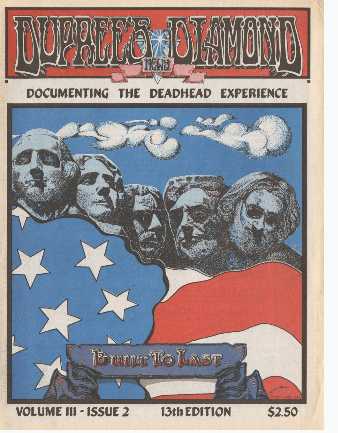 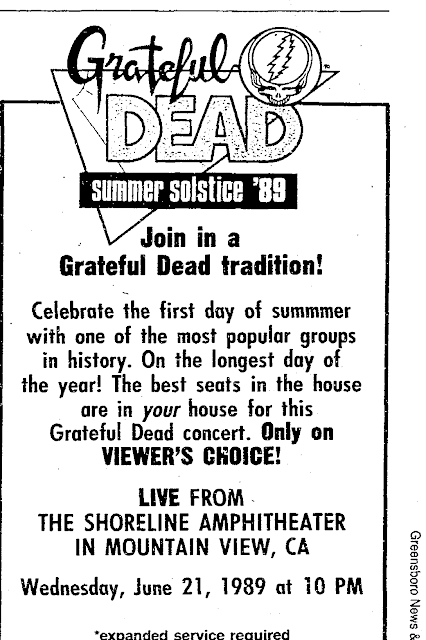 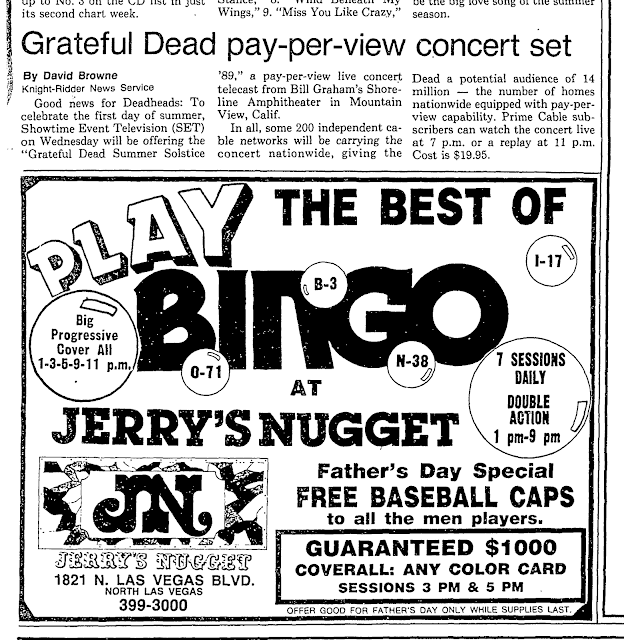 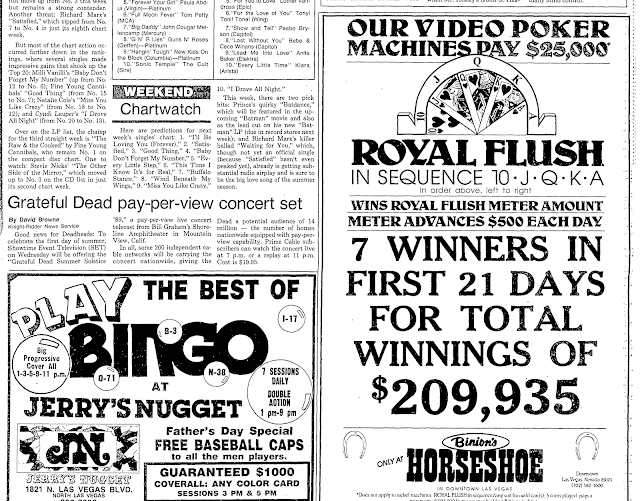 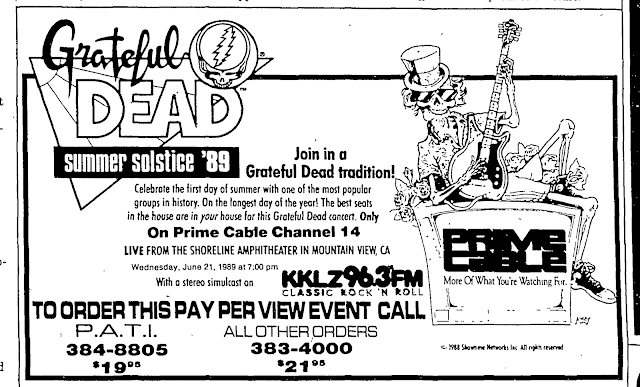 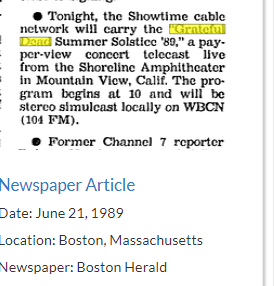 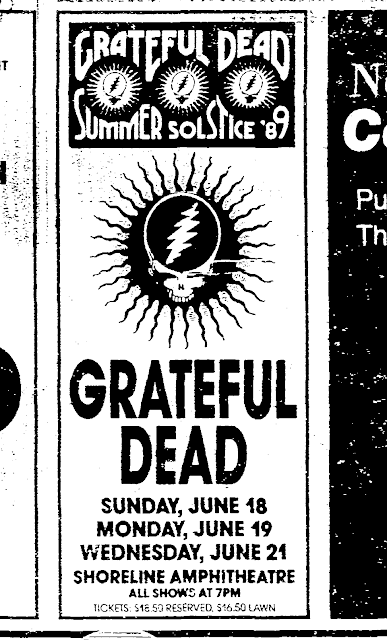 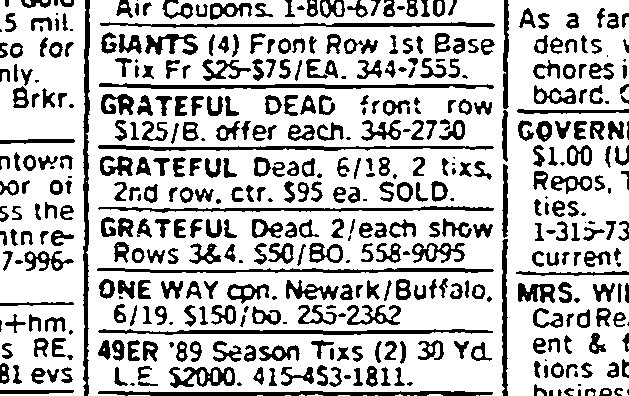 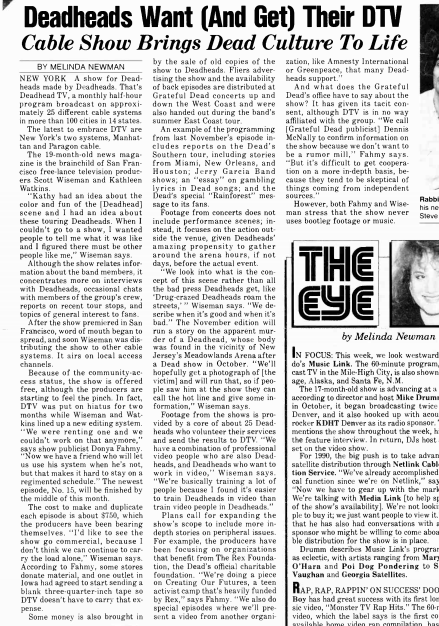 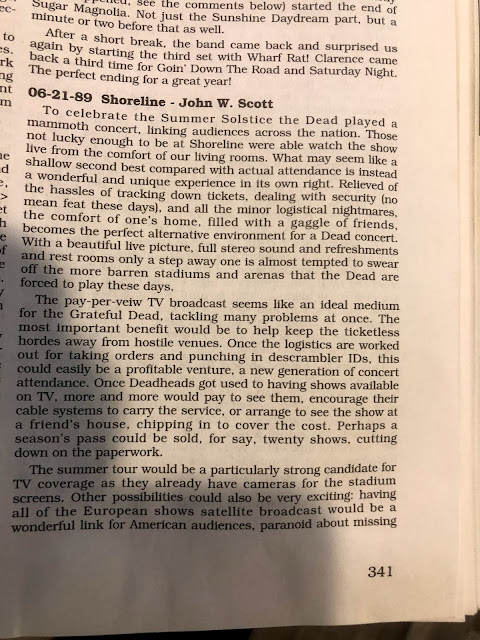 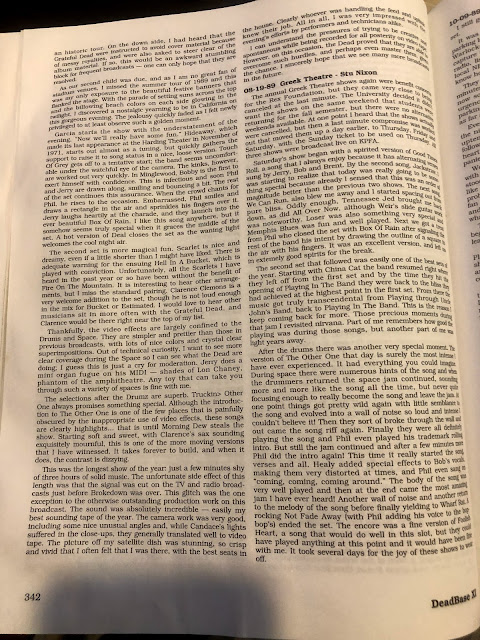 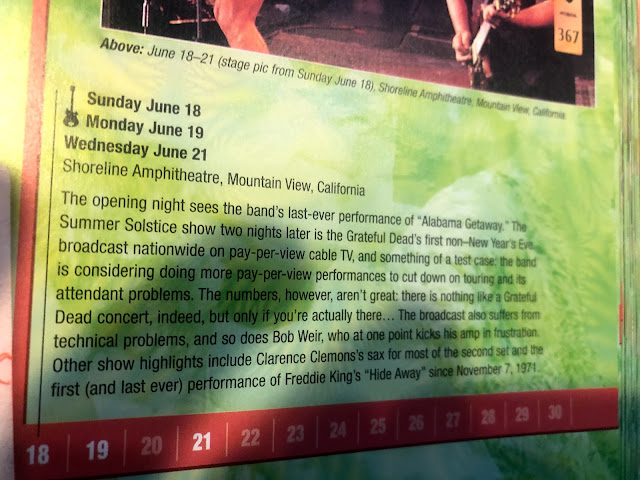 My So Called Blog said...

That ad was pretty funny. Bobby Weir - what a natural actor!