I was not able to break my Oakland Auditorium record at the Greek as my streak stopped at seven with this show.  I saw Garcia in the blazing 1975-1982 corridor, and by 1983 I began to ship shows (sacrilege I Know you Rider). This one has a hot middle of the show Bird Song, Let It Grow, China>Rider, Estimated>Eyes so you can't go wrong on the Friday night show
Of note,these were the first Greek shows where the heat came by and busted [some] for smiling on a cloudy day/ 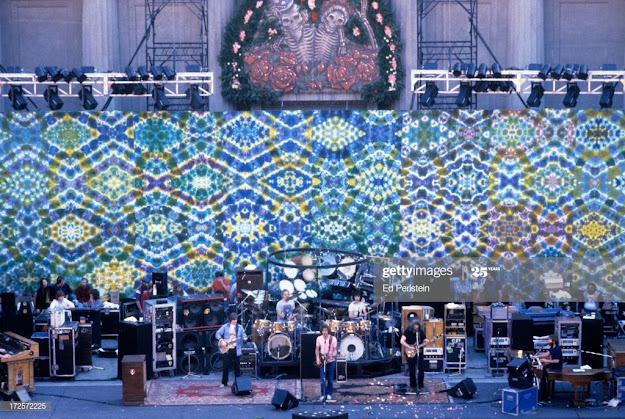 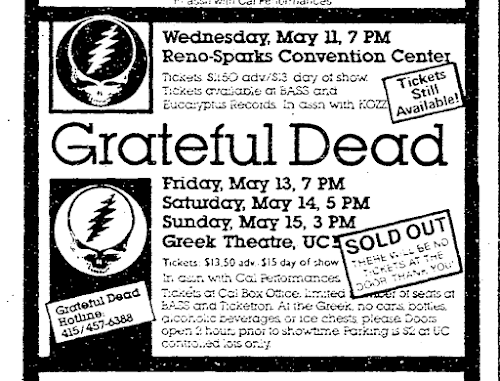 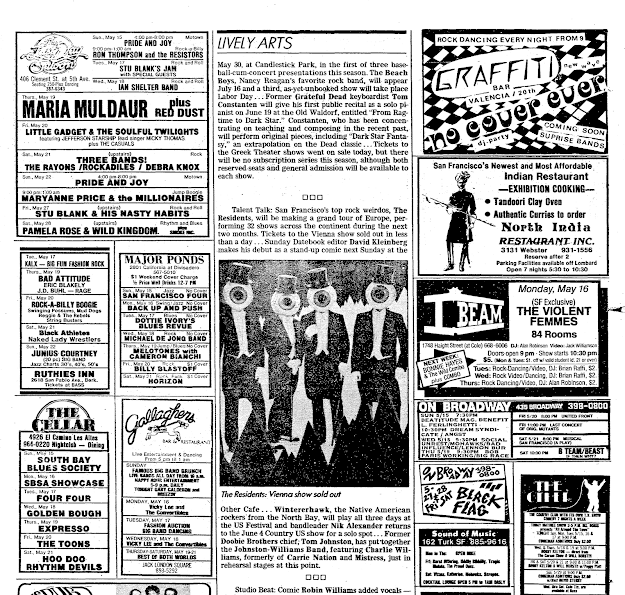 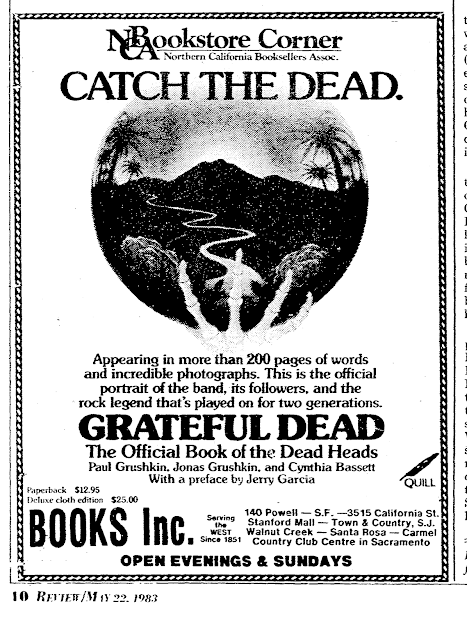 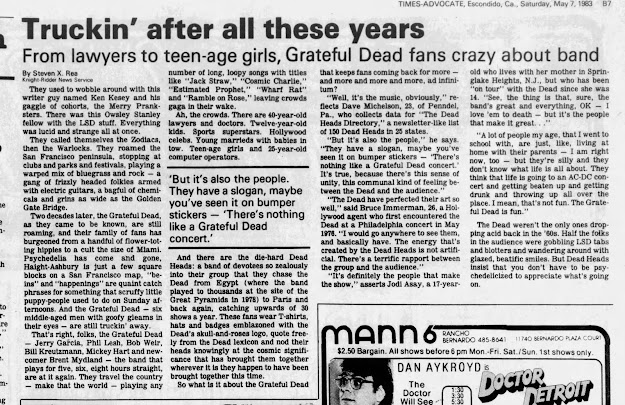 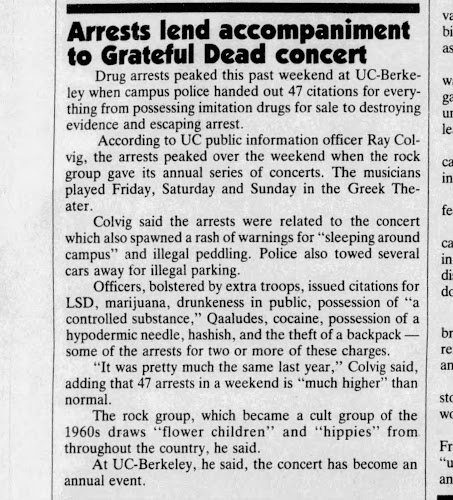 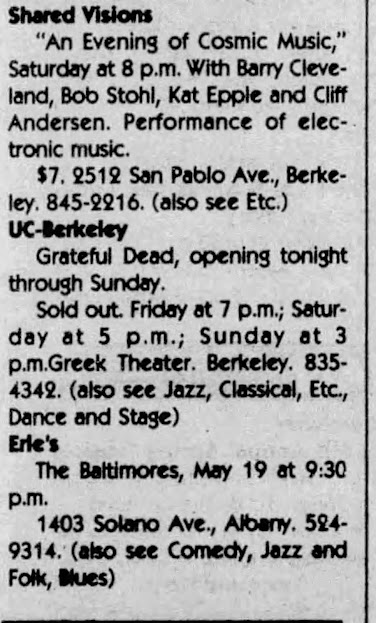 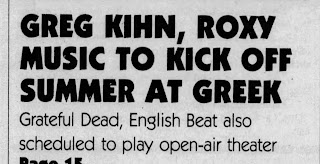 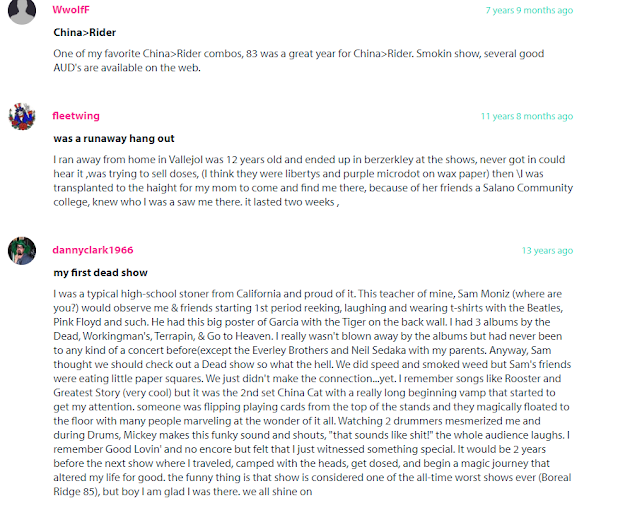