You can check out my prior looks at this run
December 26: http://www.gratefulseconds.com/2015/01/east-to-west-grateful-dead-live-at.html
December 30: http://www.gratefulseconds.com/2015/12/tdih1980-grateful-dead-coolest-ever.html
and
December 31: http://www.gratefulseconds.com/2015/12/my-first-new-years-eve-1980-acoustic.html
The second-half of 1980 is a great underrated space in the history of the Grateful Dead as the late summer smokin tour ends in the famous Lewiston show less than a mile from my family home I moved to in the Summer of Love in 1967.  Then the acoustic set shows and finally, my first of three years seeing the five nights of New Year's shows at the Oakland Auditorium.
December 27 was my first "smokin" New Year's run show where the start the show with three openers in a row with Feel Like a Stranger, Sugaree and Minglewood.
But where this show shines is set two, a seamless gem that is worthy of more attention 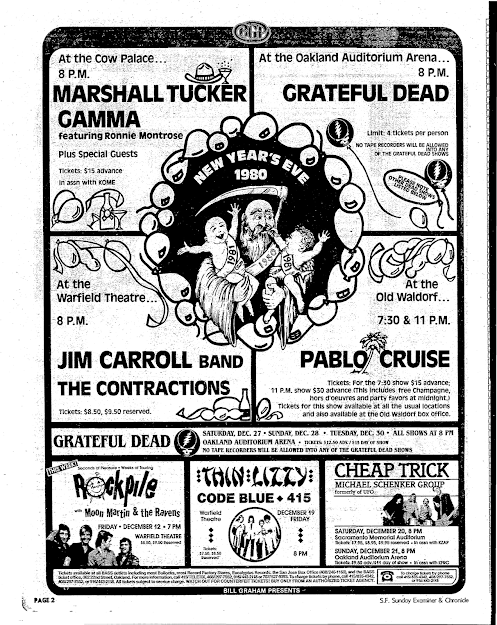 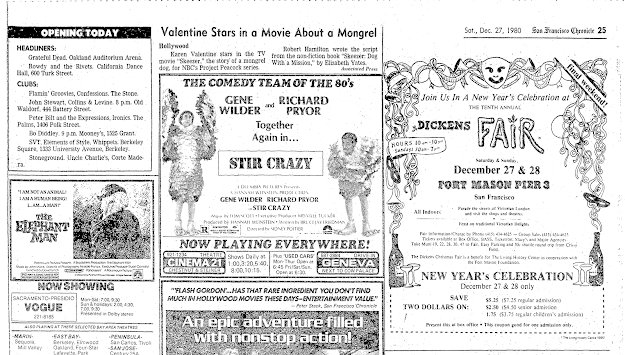