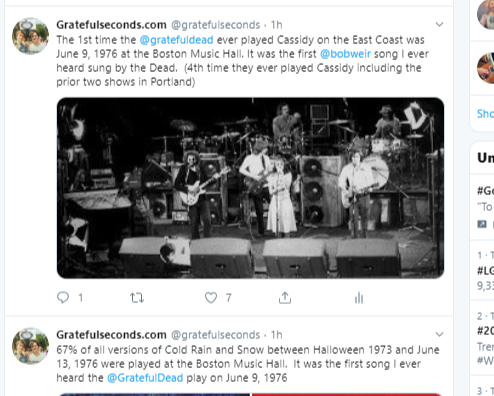 Of course, it was my "11th" overall concert. 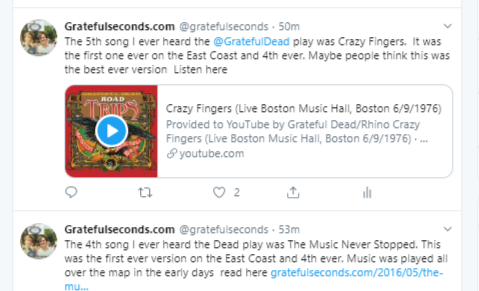 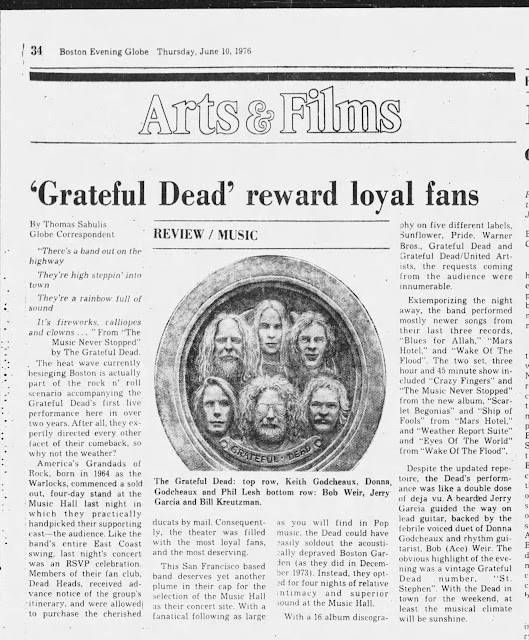 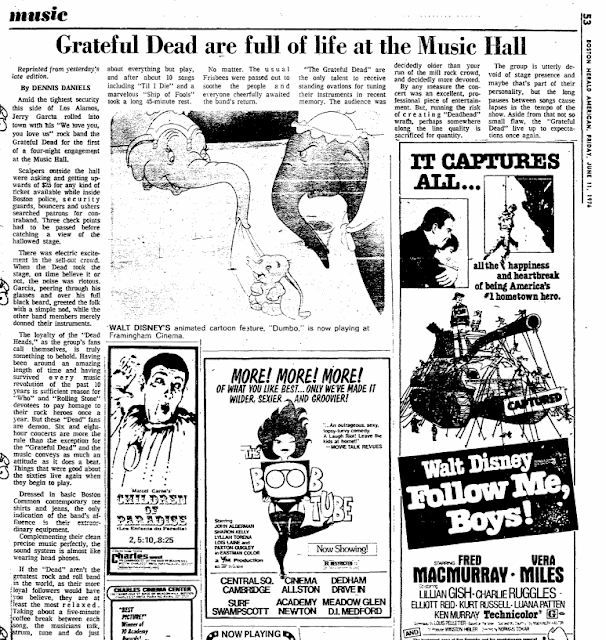 Jimmy Roux and I had floor seats nearer the back, while Ralph had balcony seats.  Ralph says he went to the very middle of the balcony in the center in the front on the stairs and no usher or police asked him to move the entire show.

Never having seen the band, just having a few Bootleg LPs like Make Believe Ballroom, I had no idea what the band would play.  I recall all the first set songs were "about" ten minutes long, especially if you include the 6 minutes of Dead Air following a 4 minute Big River.  This show is a monster and still among my favorite shows I ever attended. 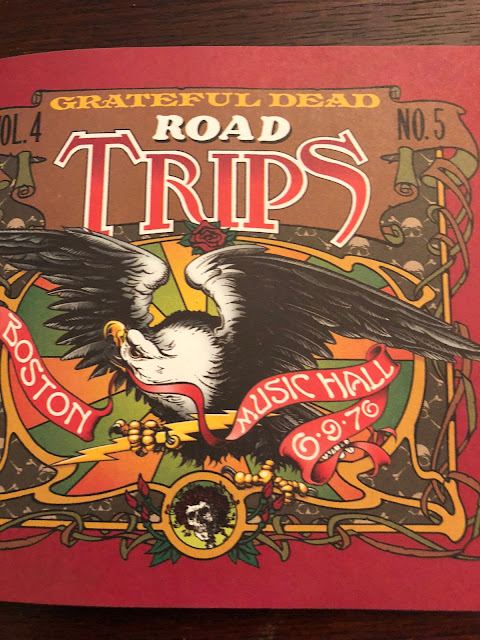 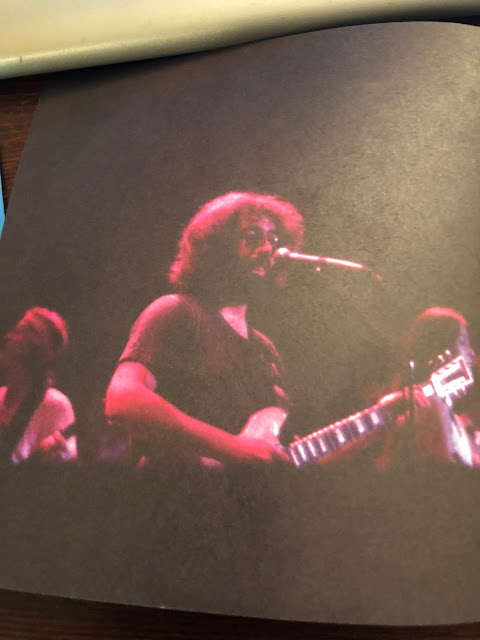 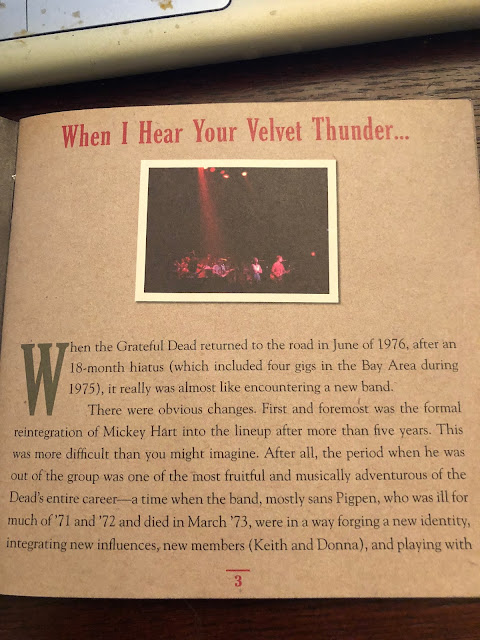 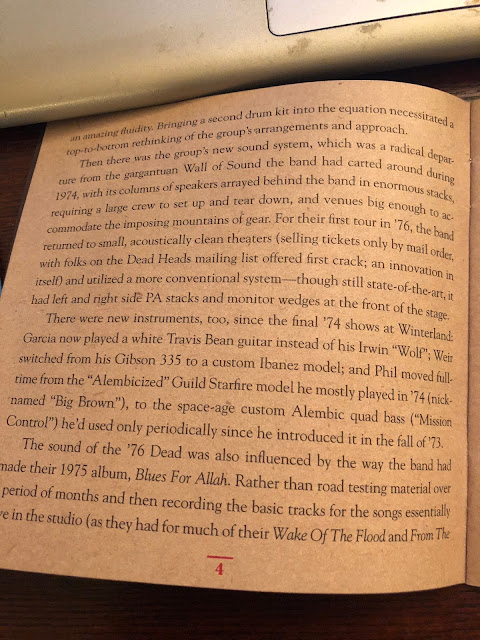 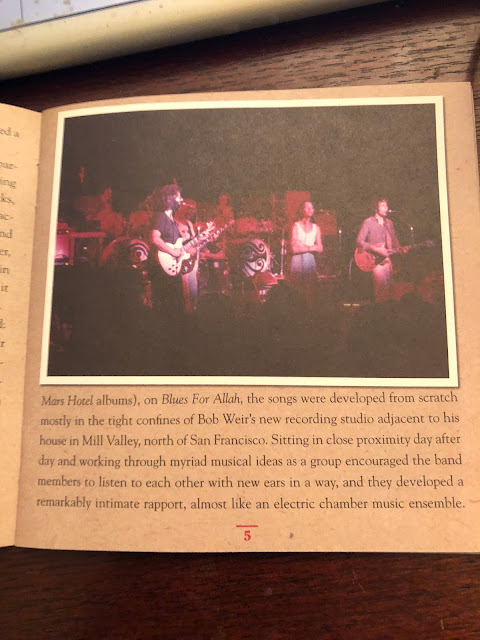 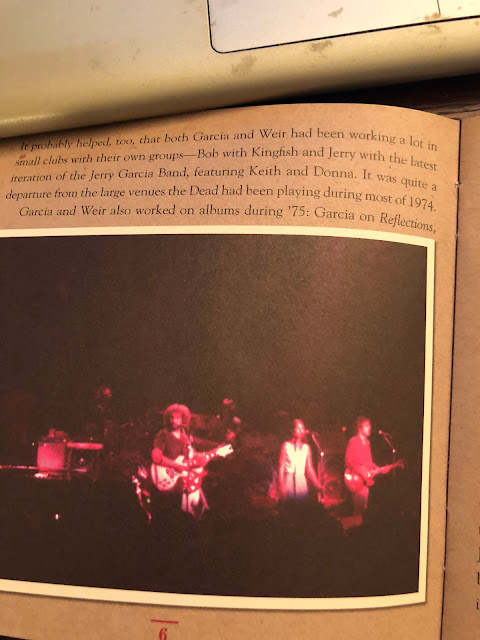 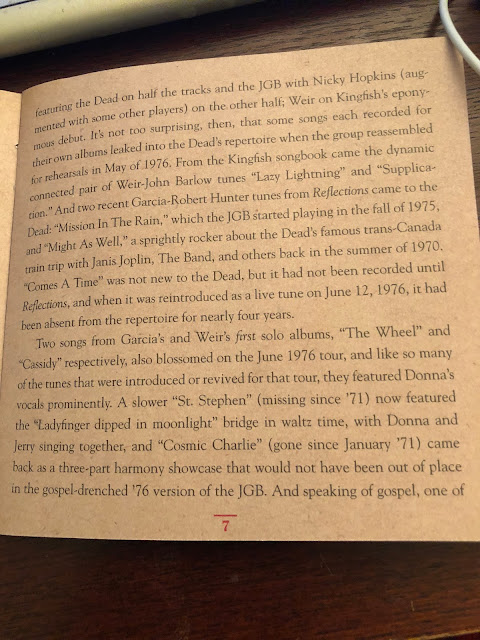 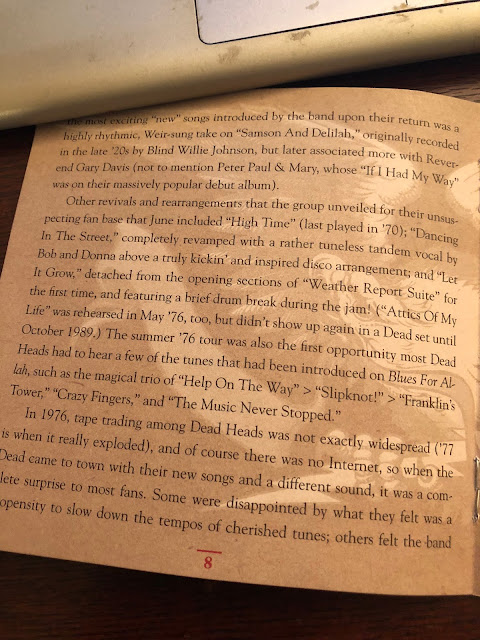 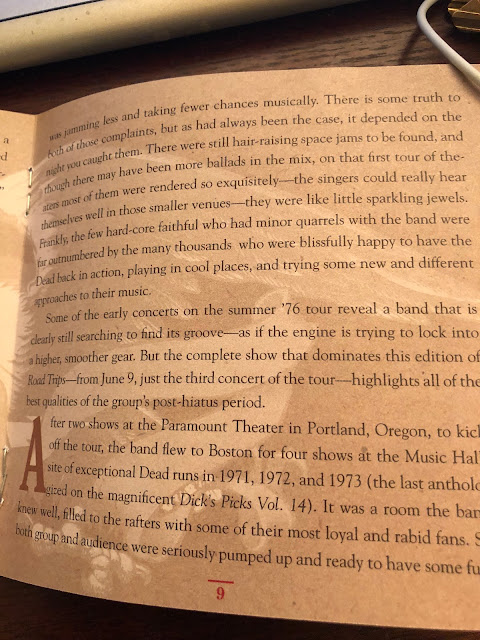 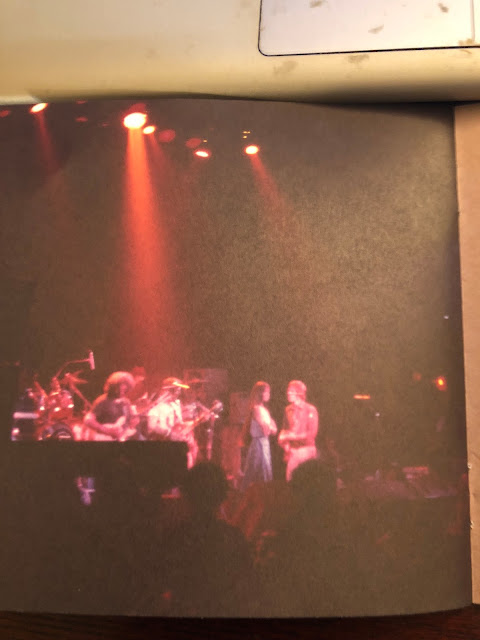 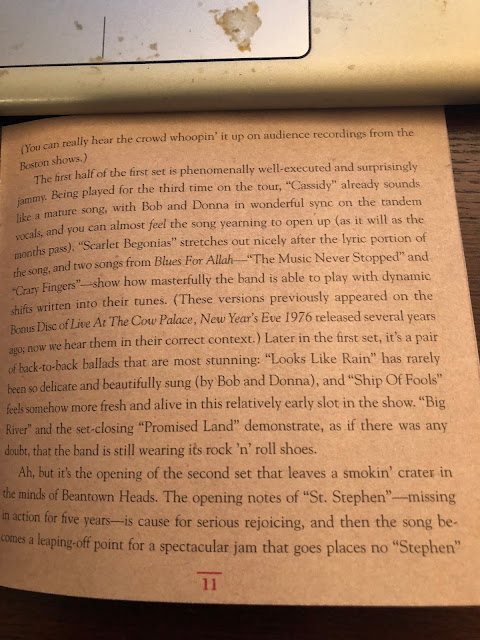 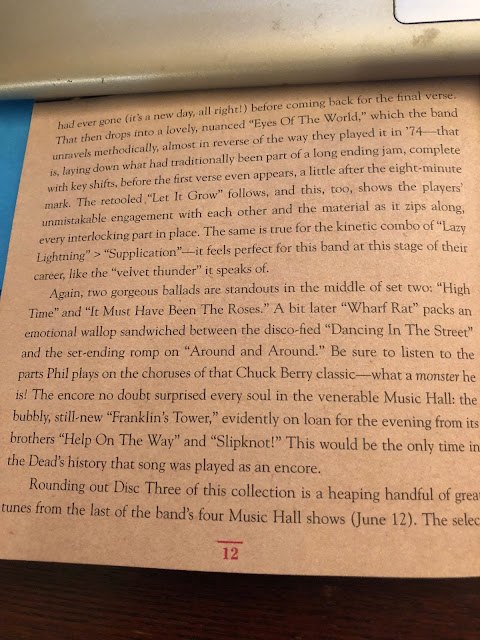 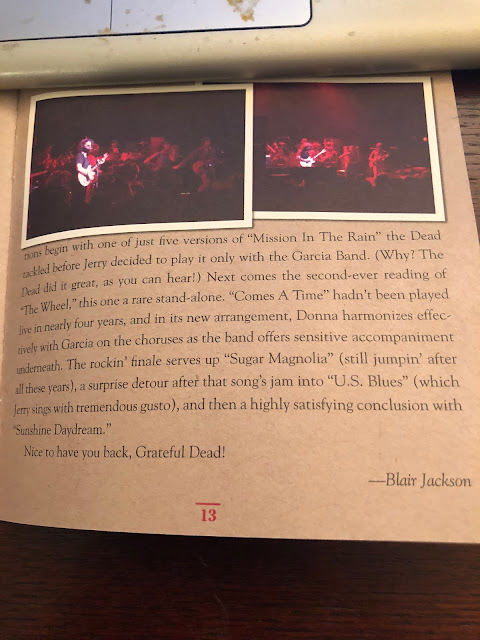 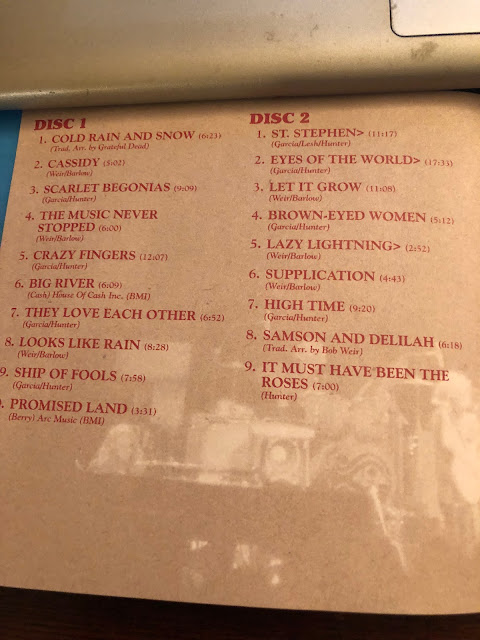 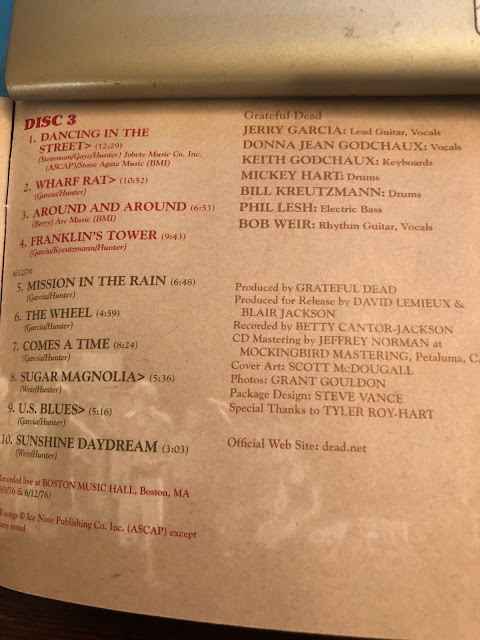 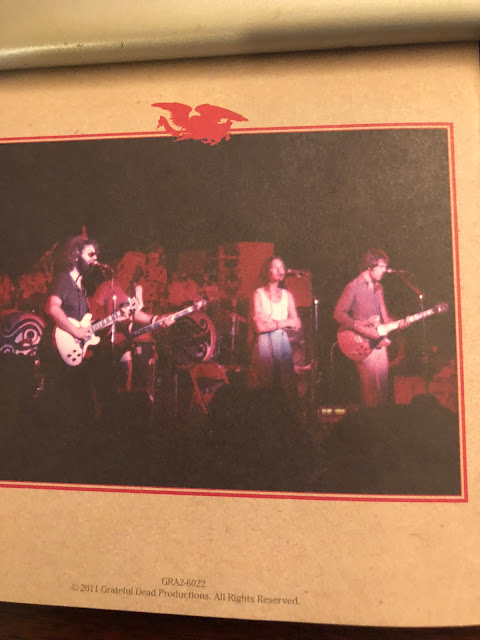 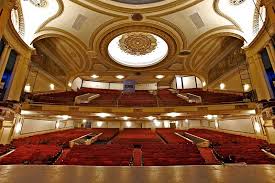 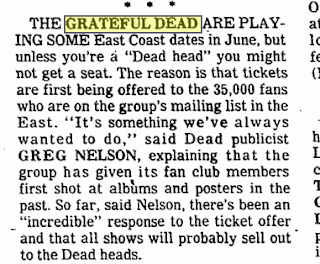 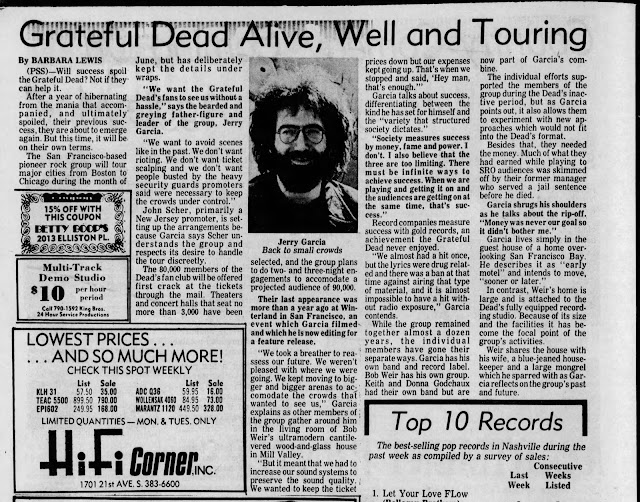 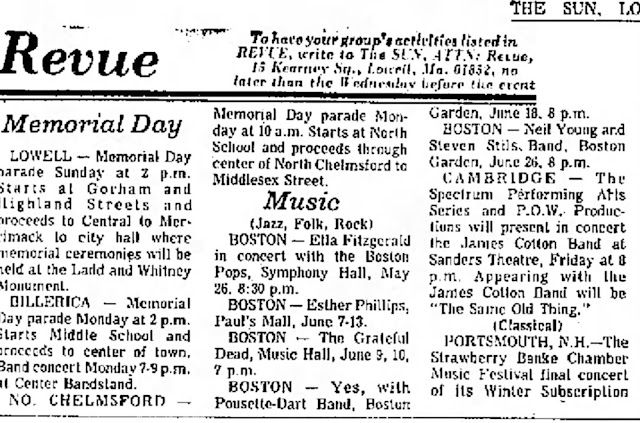 The return of St. Stephen is only one stellar aspect of 06/09/76. The entire second set completely out performs how it looks on paper; and it looks mighty fine on paper:

The first set is no slouch, looking like a dream set that might have been penned by some fans in the parking lot before the show. Cold Rain opens. It was only played three times in ’73, and once in ’74 on the last night of the farewell stand at Winterland (it was the opener that night too). Cassidy was played only once before, early in 1974. And then we get Scarlet Begonias, Music Never Stopped, and Crazy Fingers, all in a row. Whew! But set two opens with the song that most fans probably didn’t even allow themselves to think about ever hearing again.

The crowd’s reaction to St. Stephen is priceless stuff (equaled again upon its second return in 1983). The song’s jam demonstrates the 1976-typical slowly spinning kaleidoscope of sound right from the first notes. It swirls and swirls going further and further out – Jerry finding one beautiful space after another. They all key back together for the last verse as if they’ve been playing the tune every night since it was last played on 10/31/71. When they shift from “What would be the answer to the answer man?” into Eyes it is dreamy perfection. Is this really happening? You will be in the giddiest of Grateful Dead spaces here.

This Eyes is perfectly described as jubilant. The super up tempo treatment of the song is pure pleasure. Also, it has another new 1976 twist: they build the song backwards with the long exit jam coming before the song itself. This one goes on for 8 minutes before the first verse, and it serves to prolong the giddy zone all the way through. Your dog might even start twirling around the living room to this song, his or her little puppy paws rising and falling like incense smoke overhead.

Grateful Dead -August 4, 1976Not good enough for you? Try refraining from joy as the band eases out of Eyes into a light and dreamlike mist that sounds bound perfectly for Wharf Rat, only to have Bobby magnificently draw out Let It Grow. It fades into view like a ghost out of the fog. Brilliant. The Let It Grow is overflowing with more of the wonderful interlocking spinning wheel glory of 1976. In and out of Drums on a dime. And then there’s this perfect little Brown Eyed Women. The song hardly ever gets a second thought when it comes to “best of” conversations. But, I’ve always found this one somehow a cut above. The quickened tempo has a lot to do with it, I’m sure. 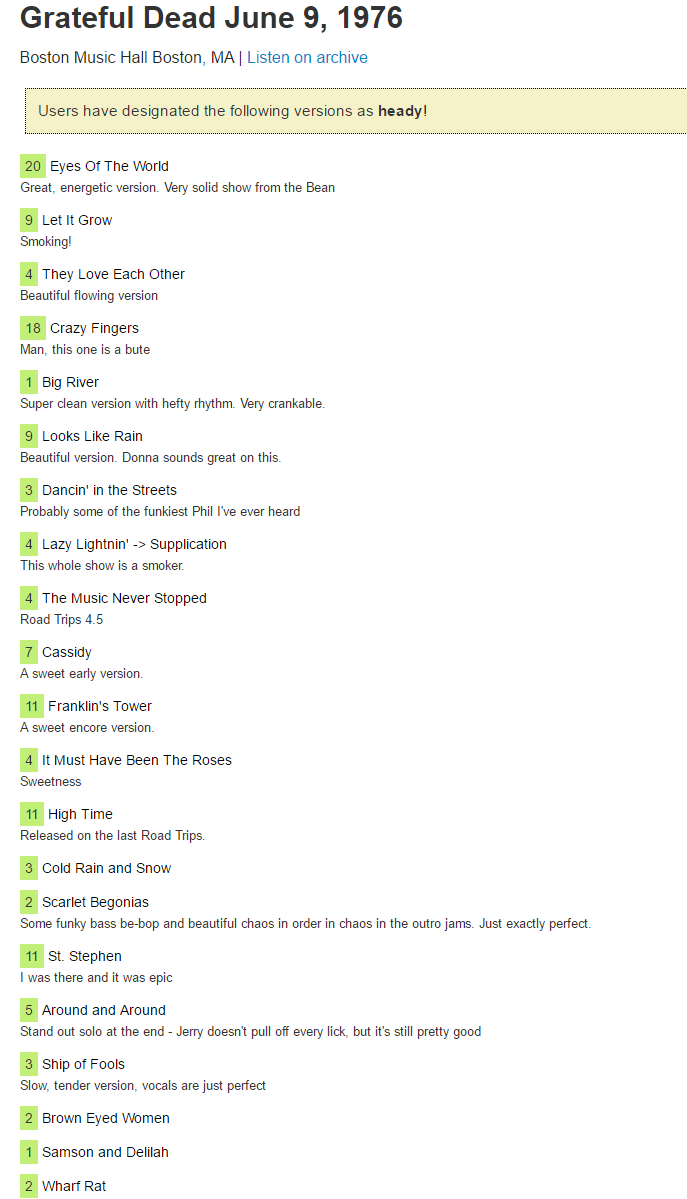 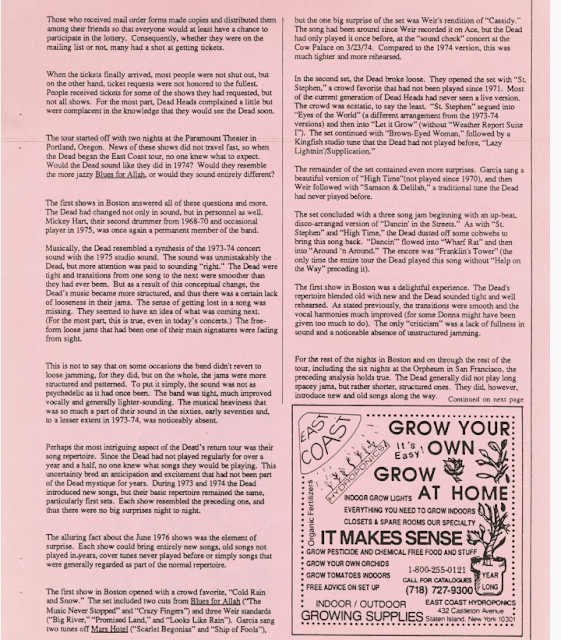 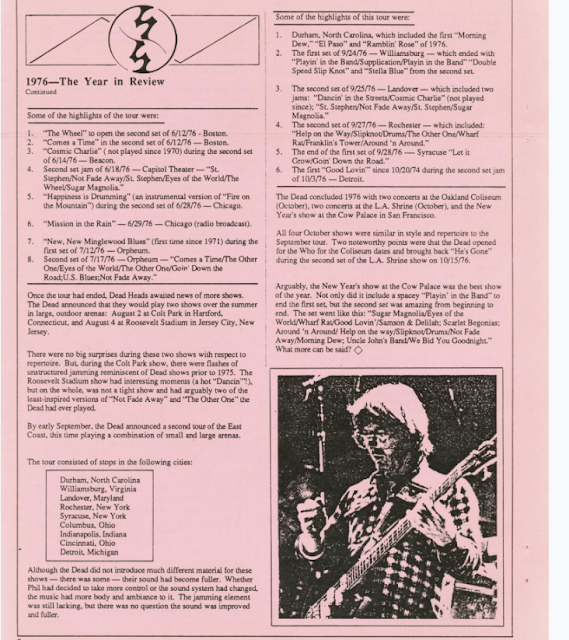