I'll give you today some media mentions of the newly created Jerry Garcia Band for 1975 with Nicky and 1976 with Keith and Donna.  You can also grab 2-14-76 JGB, a very fine show here. The media loved to write about the Dead, but sometimes they would talk about Jerry too. You can also find a review of the October 1976 show in Rochester and March 1977 show in St Louis, two cities that usually would sent a reporter out to the show. 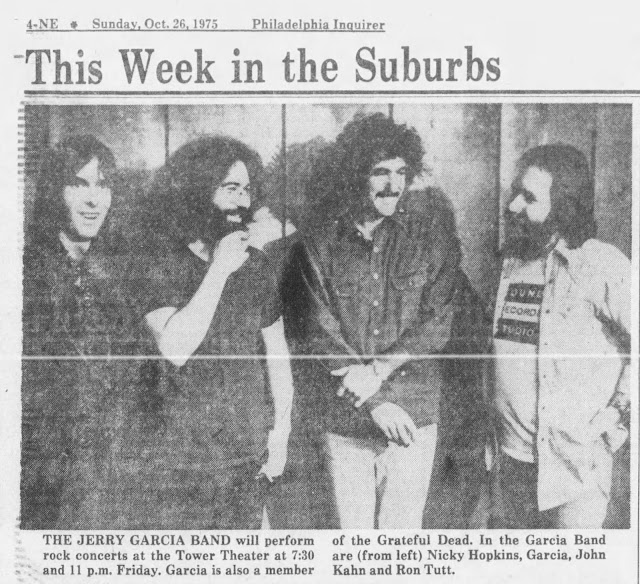 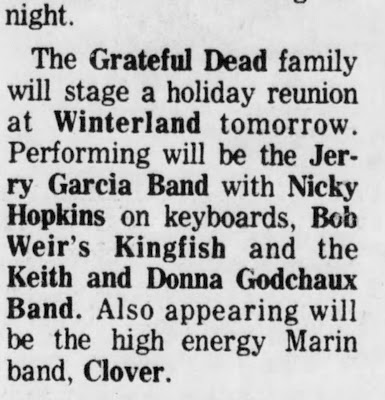 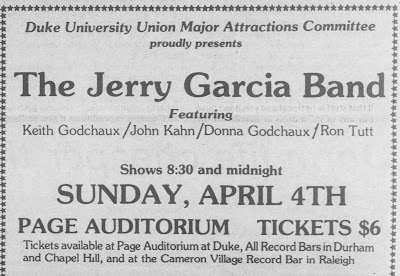