Where was Bill Walton to protect them?   This was the famous night in San Diego, and last night of 19 Dead shows ever in San Diego, where Bobby Weir and Mickey Hart got busted. Since they were getting busted, they had to play Truckin (which they did).   (edit: oops never lasted 13 years with two shows 12-12-93 and 12-13-93 back in SD, thanks 36bhm on reddit)

What? Glamorous Bobby (The first Bobby and the Midnites concert was at the Golden Bear, in Huntington Beach, California, on the night before June 30, 1980, only 91 miles north on the I-5) was arrested.   Let's let the San Diego Reader tell us the story: 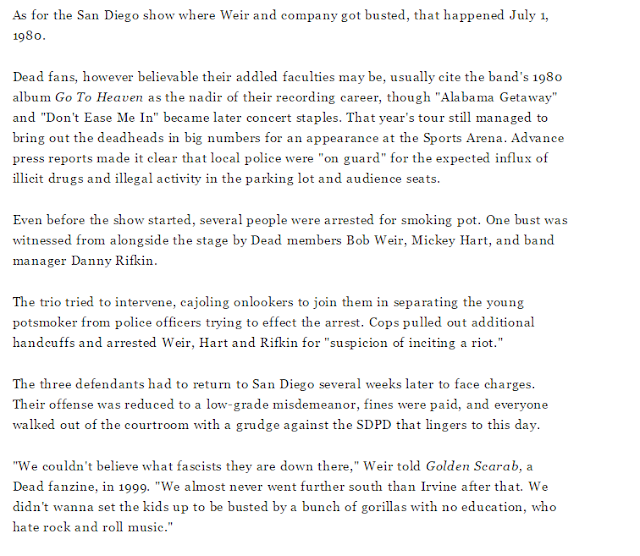 The performance was actually a pretty nice couplet show with

In the end, it cost Bobby $50 (no word on Mickey), but never another San Diego Grateful Dead concert. 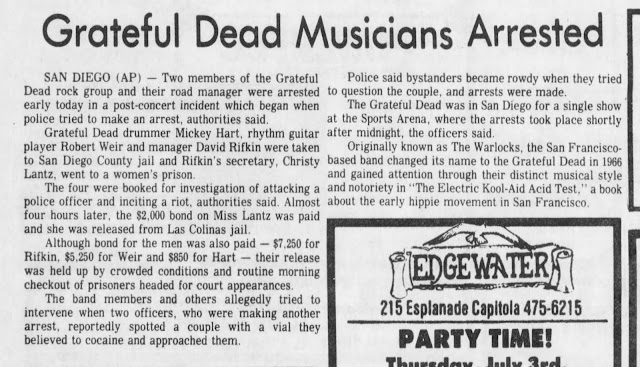 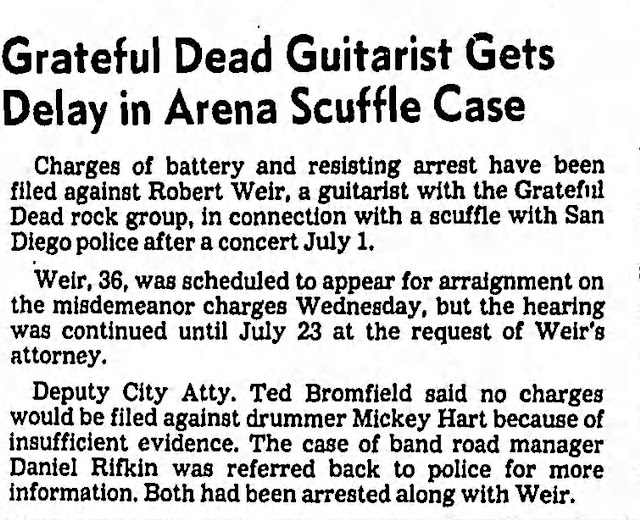 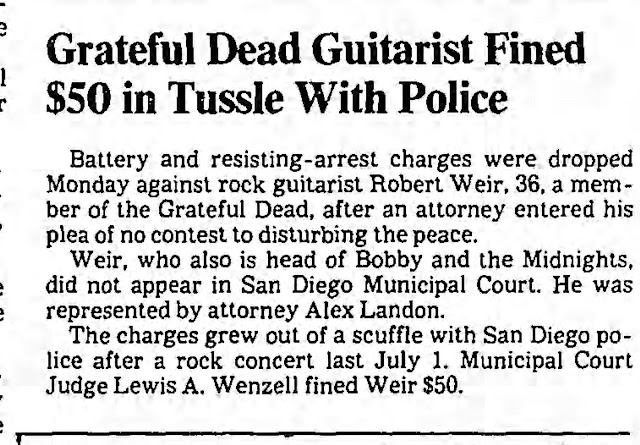 Email ThisBlogThis!Share to TwitterShare to FacebookShare to Pinterest
Labels: 1980-07-01