I truly like this student review of the first show of 1977, which I discovered for the first time today.  Of course, the author is not a deadhead, as he doesn't mention the monsterious new "Terrapin" song at the top of the show, or even the Deal and great Sugaree. It just says the Dead are awesome, even though they are older than 1970 and should be considered passe, outdated.  Fabulous college paper 1977 review of show numbero uno.

Alof of people think this Betty is the best show of 1977. Yes, it is that good. Listen, my friends.

The show in FLAC betty.  And mp3 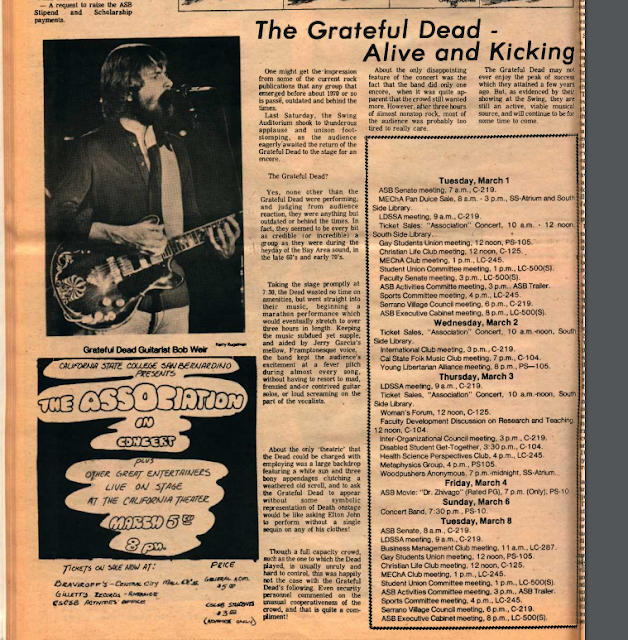 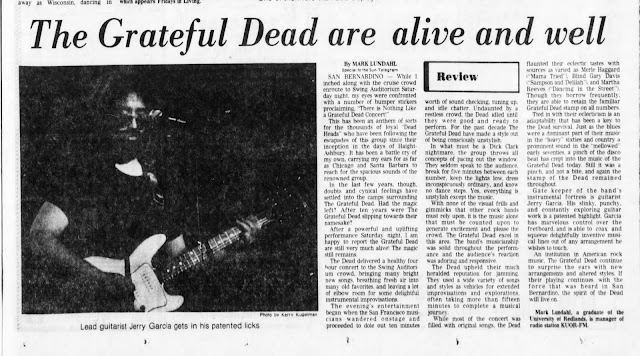 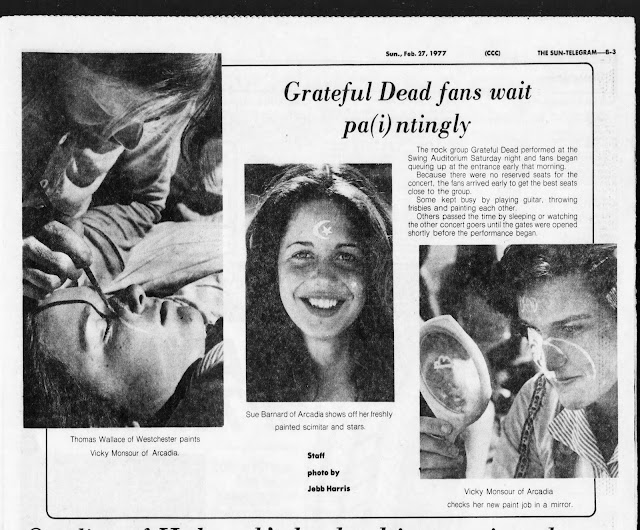 Here's some other fun stuff, reviews from real fans. :) 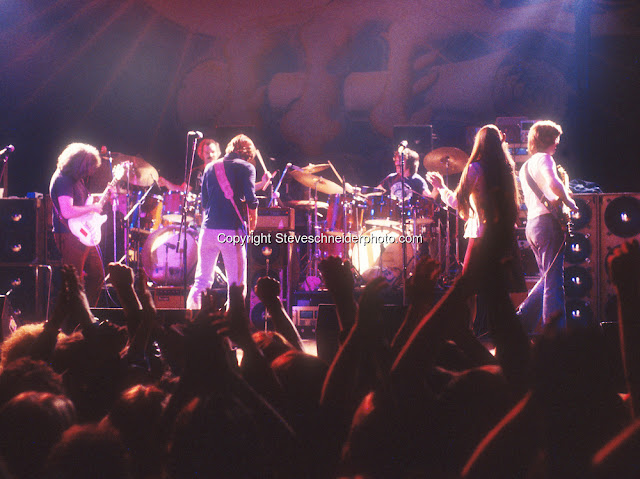 A great review from Augy from San Diego in that 400,000 downloaded version of the show from the archive.

Email ThisBlogThis!Share to TwitterShare to FacebookShare to Pinterest
Labels: 1977, 1977-02-26