The near-mythical, frequently bootlegged Cornell show will be available in its debut commercial form, alongside three other previously unreleased full-show live recordings from the same trek: Veterans' Memorial Coliseum in New Haven, Connecticut (May 5th, 1977); Boston Garden in Boston, Massachusetts (May 7th, 1977); and Buffalo Memorial Auditorium in Buffalo, New York (May 9th, 1977). The recording source for the shows is the iconic Betty Boards, the soundboard tapes created by the Dead's live recording engineer Betty Cantor-Jackson. 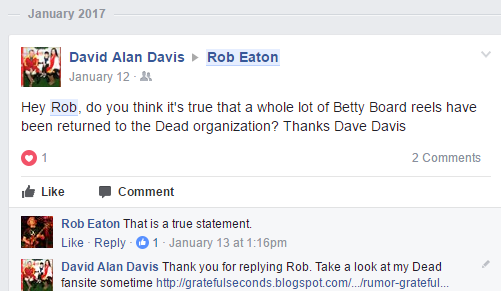 There is a significant rumor, let me repeat rumor, that the Grateful Dead and Rhino have acquired a number of Betty Boards that they had not possessed in the past.

Update 1/13   Someone who was there at the beginning said to me "This is a true statement".

Hmm. It's the 40th Anniversary of 1977, and the Dead have apparently never had Boston, Cornell, and Buffalo (May 7-9, 1977). But wouldn't that make a nifty box set.  While I attended Boston, the only person I know who actually was at Cornell was my buddy Rick Sullivan. 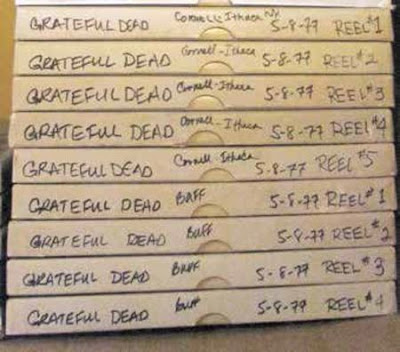 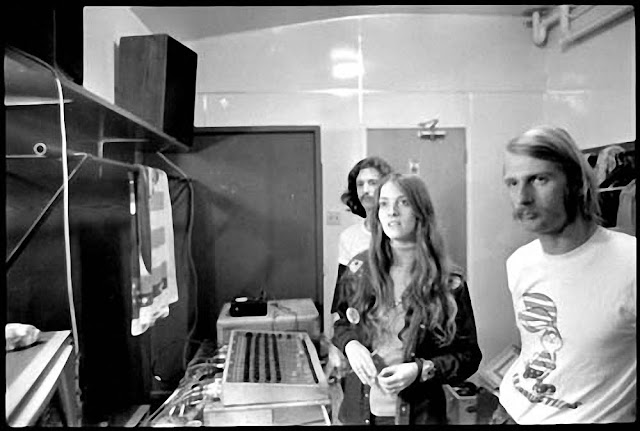 According to Jambase last May, superstar David  Lemieux told Relix

“I do not know specifically but I have heard from many people that they know where it is and they know who has it and that’s fine. We’ve certainly made a note that we’d love to have it back as we would with any master Grateful Dead tape that we don’t have in the vault. But there’s really nothing we can do about it. We’re not going to pay for our own tape. That’s one thing I don’t think we’d ever do is to pay to buy them back and I don’t think they’ve been offered to the band in a long, long time. They know where we are, we’re easy to find and I think it has been made clear that we would love to have them back. Some people would just rather have the tapes in their closet than in the vault, but that’s fine. It is what it is. Again, there’s nothing we can do, we don’t lose sleep over it, but it is as it is.”

You can read this anyway you want, but if this rumor is true, there are several possibilities

I have confidence that the word on the street may be good, but always remember this my friends 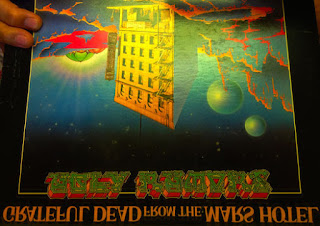 Per Wikipedia:  When the cover is held upside down and viewed in a mirror, the text reads "ugly rumors". Ugly Rumours was the name of a rock band founded in part by then-future UK prime minister Tony Blair, while studying law at St John's College, Oxford during the early 1970s; he sang and played guitar. The band's name came from the writing on the cover of From the Mars Hotel.