The Grateful Dead dressed in their leathers and rode into Texas for some smoke and shows in 1972.
At first, the Allman Brothers were supposed to play two nights with the boys, but Berry Oakley's death put those shows on hold until Watkins Glen the following year.

This was the 10th and 11th shows in Texas as the band had been playing there since 1968.

Our friend Dick loved this Texas run as he says :

The last 5 shows in Texas, are each worth getting. The quality is not
so hot, but the playing is ferocious. On 11/18, in Houston, there is a
major, top 10 of all-time, version of "Playing in the Band". (I am
starting to think that this period has possibly the most intense versions
ever for this defining piece of music.)  The show on the following night
(11/19) is one of the most exciting shows over-all, from this southern
tour. There is a "jam"  segment before "Miss.1/2 step..", that contains
several distinct, and very unique themes, including the "philo stomp",
"weather report" theme, a brain-fry, and a very lengthy bass solo!
http://www.agitators.com/gd/dick_1972.html 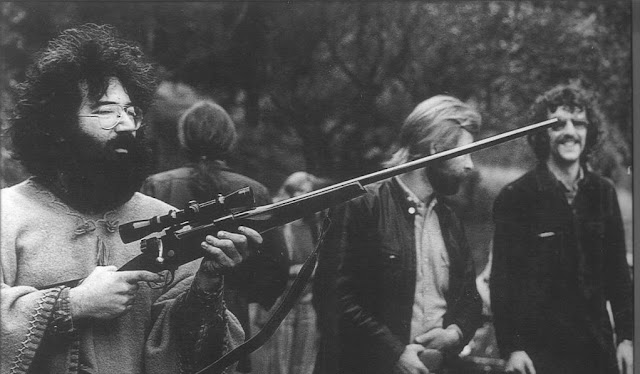 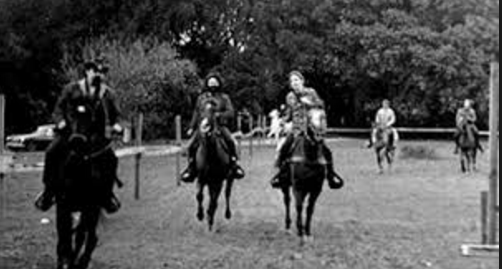 Before the record store day release of 11-18-1972, there was a killer Tapers Section release of Playin' In The Band which you can hear above.  There is another interesting review of the first show below, but what is really special is this article here which speaks to someone stealing a cassette of the 1971 radio broadcast, which is the first reporting discussing a FM cassette of a show (before reviewing the new Europe '72 album (which was released just a few days prior to these shows on Nov. 5; the review is about Nov 26)  Here's some of these shows 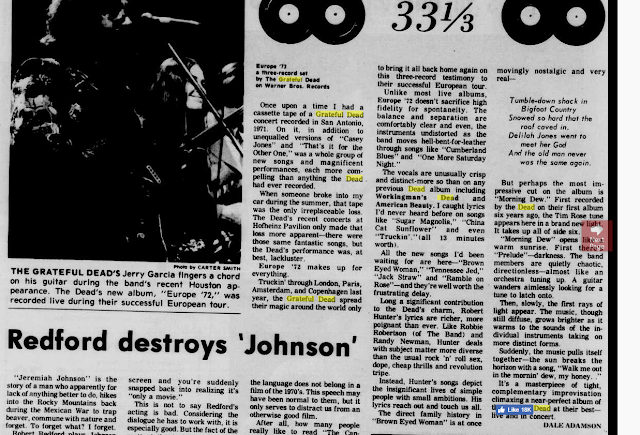 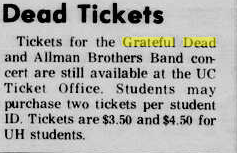 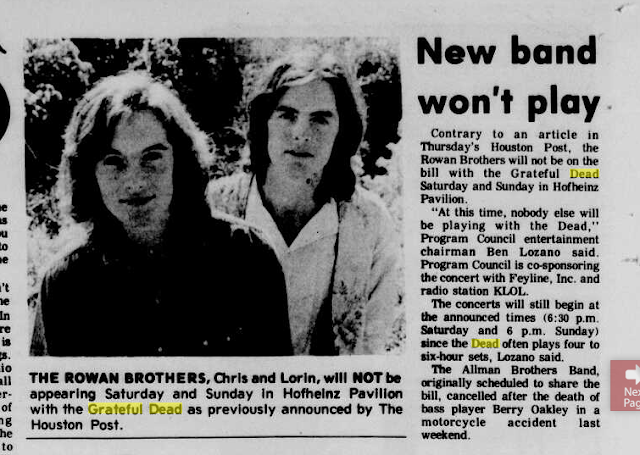 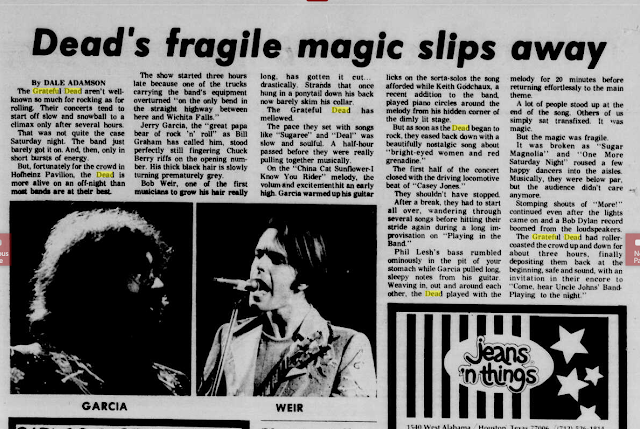