What a place, what a year, and what a band.

During the hey-day of the Grateful Dead, probably the best college newspaper in the country to follow our favorite band was the Stanford Daily. Not only would we see reviews from Frost on the campus itside, but Kezak and Winterland during this best of best year.

It started of course in February with the "play every new song that we wrote over the holidays" show and continued in May in the City and into the three night Winterland run in November.  What's even cooler is that the paper has archives and allows you to download PDFs of all the issues. Stanford, despite being the first school to ever REJECT me for graduate school, I still love you.

Seven, count'em, new songs. Just one of the most fun to listen to ever. A fully-formed Eyes of the World>China Doll emerges out of Truckin.  No practice needed on this. There are lots of handouts in the extras today too. 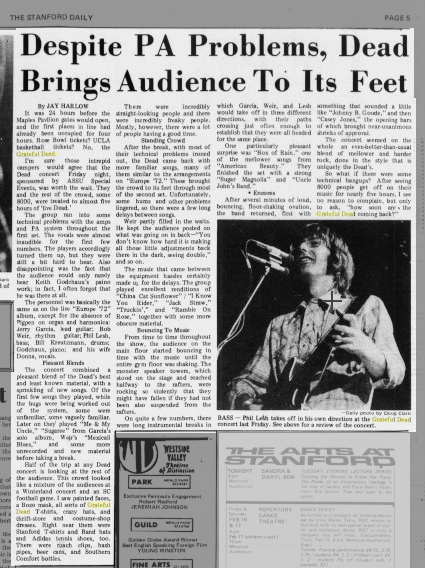 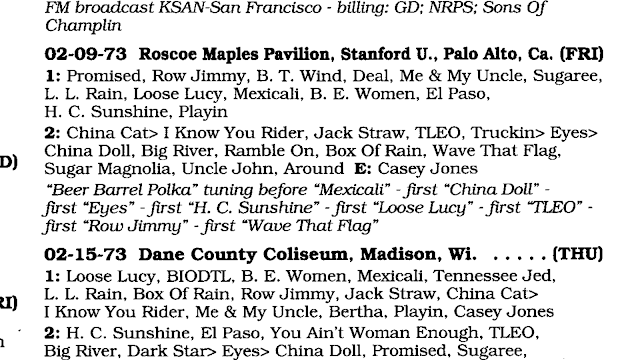 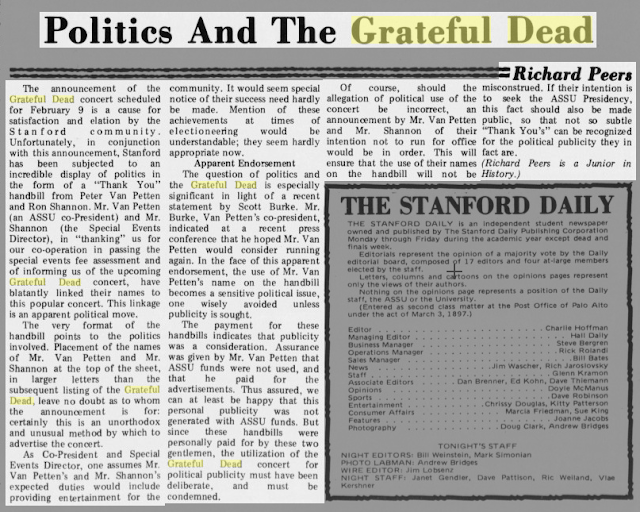 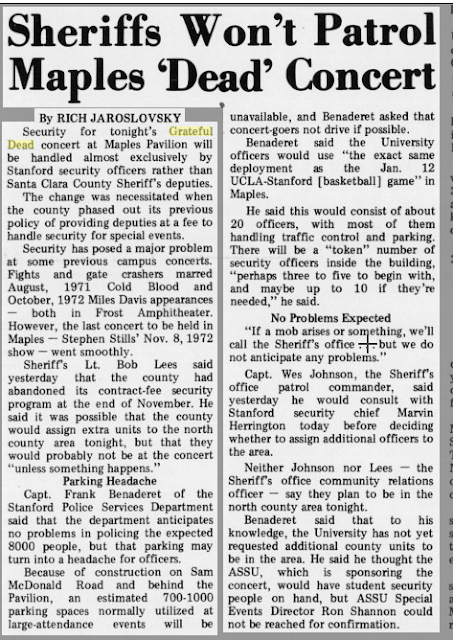 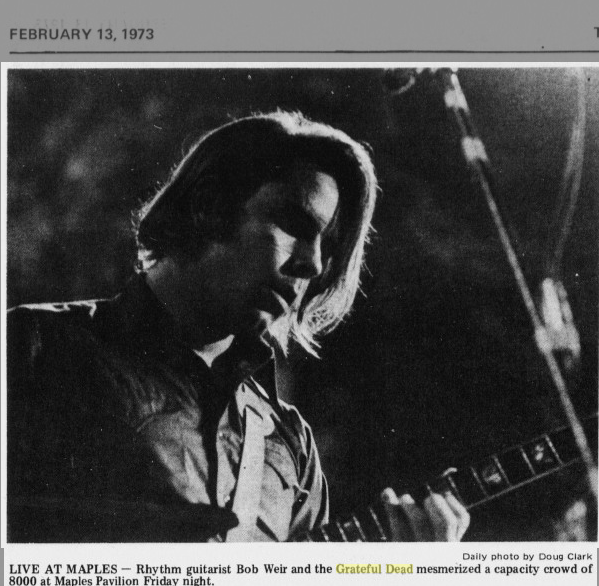 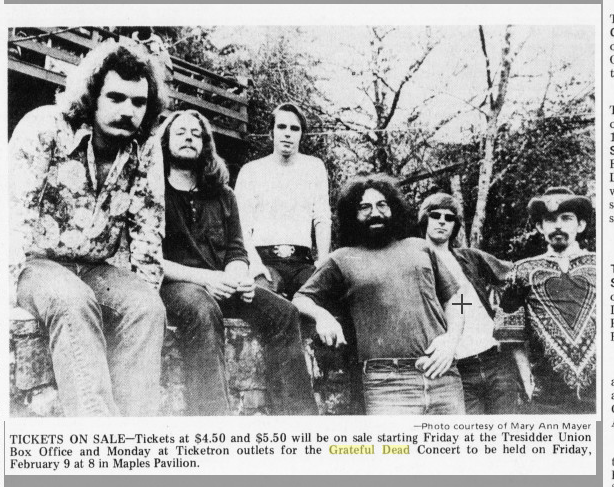 Email ThisBlogThis!Share to TwitterShare to FacebookShare to Pinterest
Labels: 1973, 1973-02-09