After playing to at least 110,000 in Englishtown, the Dead next slowed down the machine and entertained 3,000 each night in Seattle at the Paramount Northwest on September 28 and 29, 1977.
Hear Sept 29 here.

Happy 40th Anniversary you north west guys.  While the first night was pretty mediorce, the band rocked Seattle on Sept 29 including a great Sugaree Let It Grow>Franklins Towwer to end the first set and a rock solid Estimated>He's Gone>Truckin>Stella Blue>GDTRFB>JGB 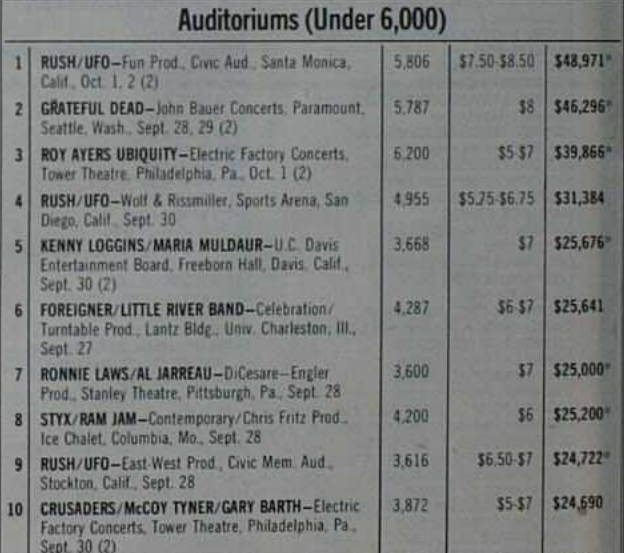 with a Uncle John's encore to end the show.

The Times reviewed the first night calling it "lively"  but the second night ruled. 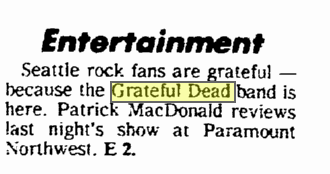 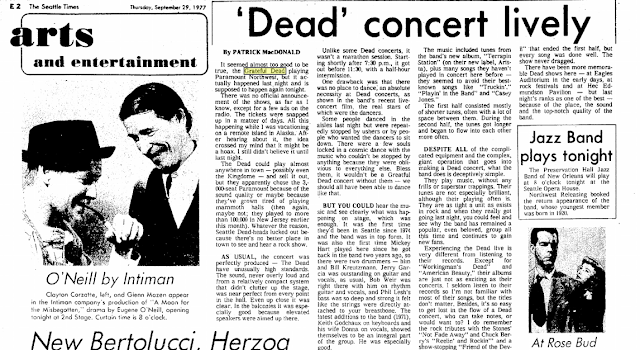 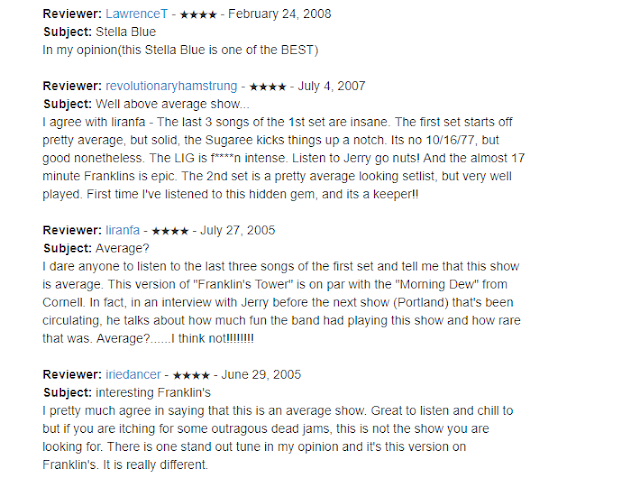