We're an American Band: Grateful Dead play 96% of their Concerts to US Audiences

Wave that flag because we truly are an American Band.  Only the Allman Bros and Phish are as uniquely American as the Dead.  Prior to his Dead-ness, John Mayer played about 80% of his shoes in the US, while many bands originally from European like The Rolling Stones and the U2 typically play only between 30% and 40% of their shows here.  As an aside, The Beatles only played 4.5% of their concerts in the US.

The post-Jerry versions have stayed here in the States with a few concerts South or North of the Border.  Bob Dylan has been a wanderer with nearly 1,000 shows or almost 33% of his performances outside of the US and Great Britain.

A modern band like Muse covers the four corners of the world with an equal number of shows in North America. Great Britain, Europe and Asia/South America.  The Rolling Stones followed a similar pattern but doubled-down on shows in the US ans Great Britain. 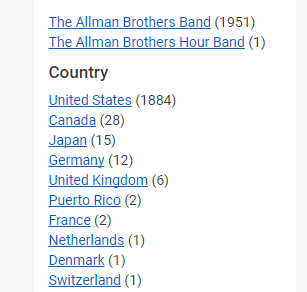 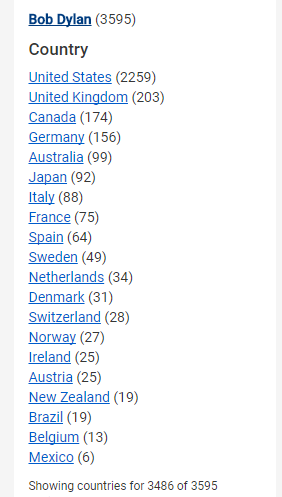 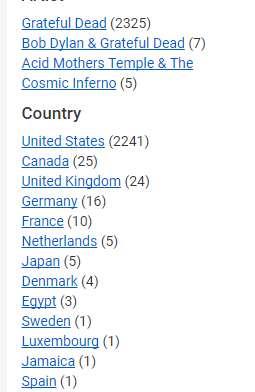 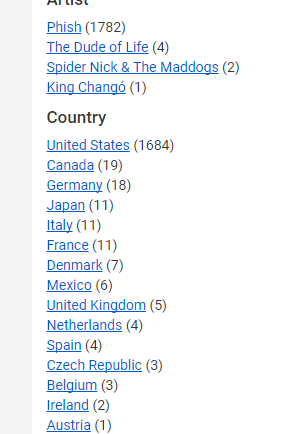 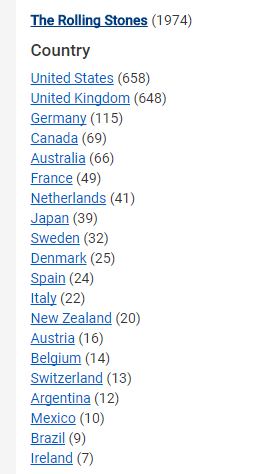