I Welcome You On Behalf Of The Group, Great American Music Hall, August 13, 1975


The real story of this gig is at the great Lost Live Dead blog
http://lostlivedead.blogspot.com/2014/08/august-13-1975-great-american-music.html.
As usual, mine is just a fan site add-on.

When I picked up Make Believe Ballroom sometime late in 1975 or early in 1976 in Cambridge at one of those independent record for oh about $5, I couldn't believe it. I had loved Blues for Allah since its 9-1-1975 release date, but this was on another level. This bootleg was the closest thing to a guidepost of how the Dead would sound when I first saw them in June 9 and 12 in 1976 at the Boston Music Hall (although I wouldn't hear Help Slip Franklin's until my fourth show on April 23, 1977.)  A girl I know from college was gifted this record oh about 1978 and she says she still has it it. You are lucky Liz in Indy. A little bit more on Make Believe is ...  https://www.reddit.com/r/gratefuldead/comments/5iba18/the_grateful_dead_make_believe_ballroom_the_1975/  I couldn't risk  had to get another copy just now from Japan ebay. 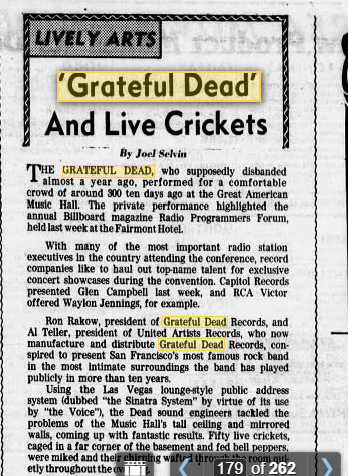 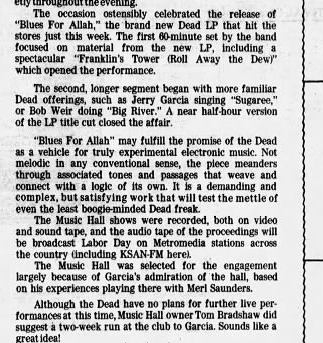 I saw a show here at Great America Music Hall only once in 1981, I remember the Tony Rice Unit (yes from The Pizza Tapes), because I knew this kid from Lewiston, Maine (yes that Lewiston) Ted Carpenter, who was now known as Fred Carpenter who has a fiddle shop around Nashville.  Hi Ted. http://www.jaredingersol.com/carpenter-may/

The Famous Bill Graham Introduction into Help on the Way into Slipknot into Franklin's Tower into The Music Never Stopped is so fame I can't believe it. So Is the Eyes>Stronger then Dirt.  But the Seocond Set is also crazy good   Crazy Fingers>The Other One>Sage & Spirit>GDTRFB>US Blues followed by Blues for Allah makes this a special unique show. 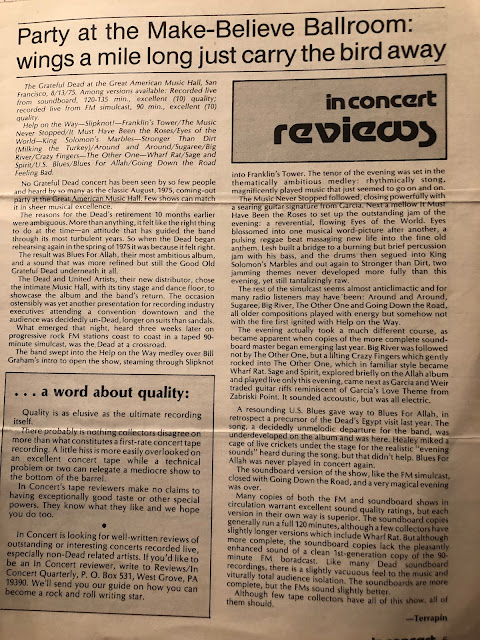 Here is the music etc from this show. 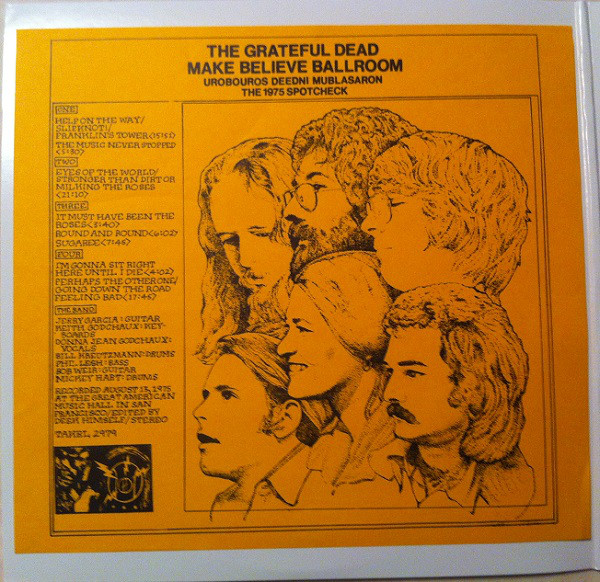 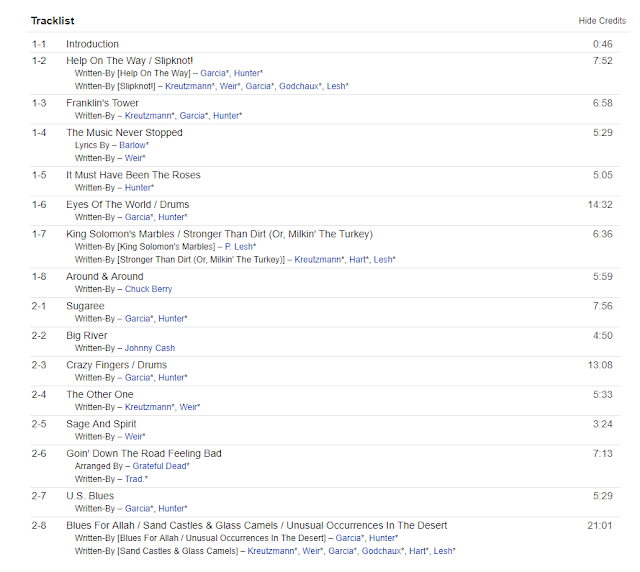 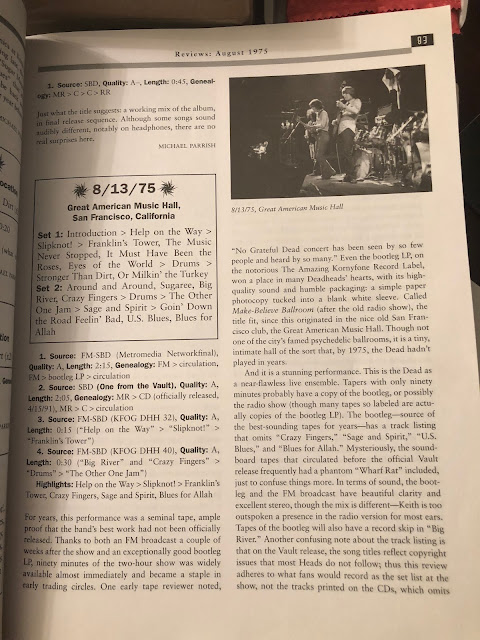 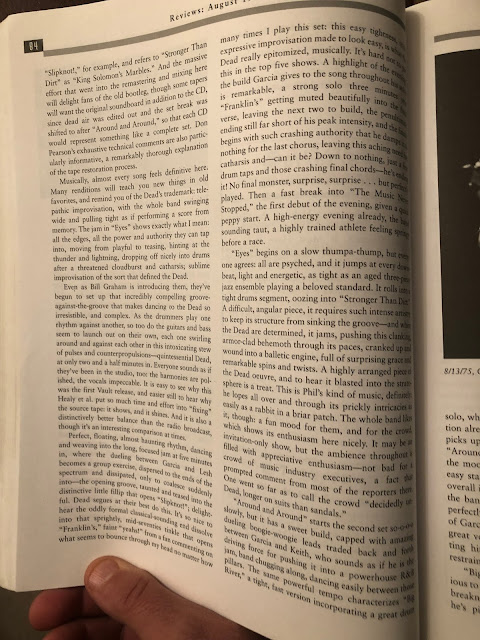 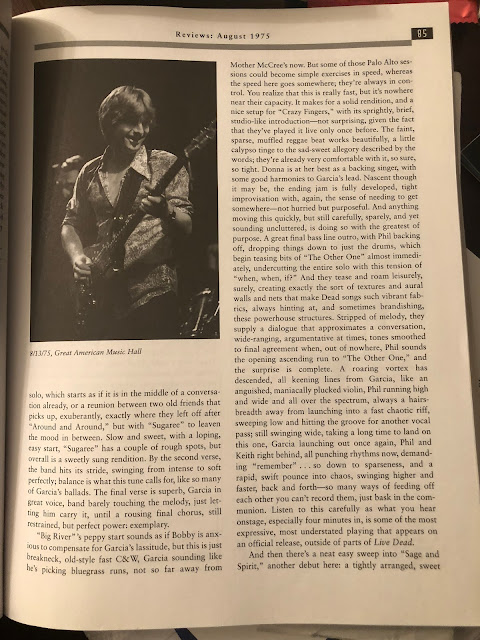 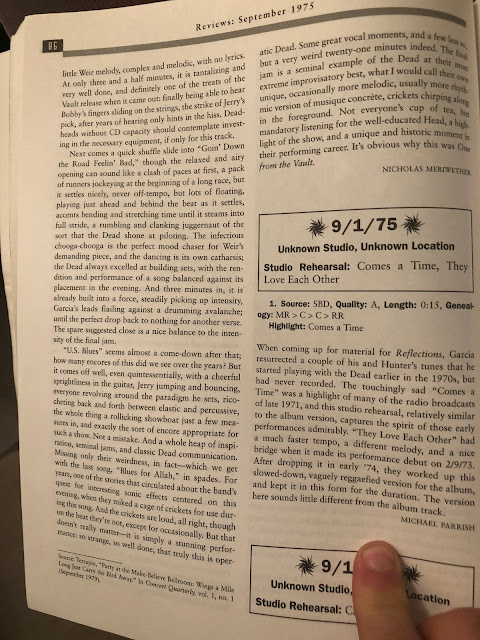 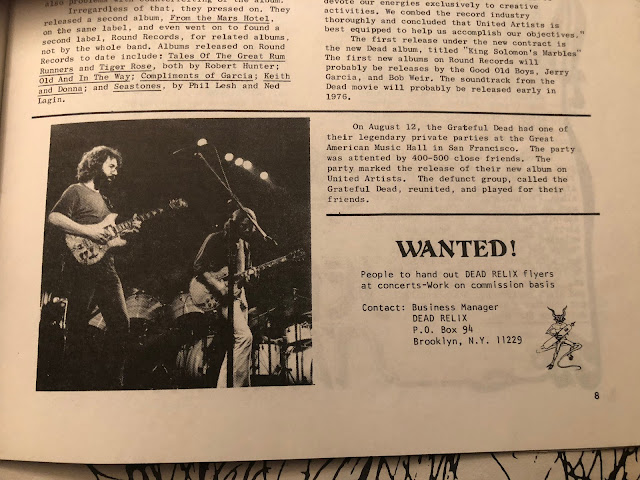 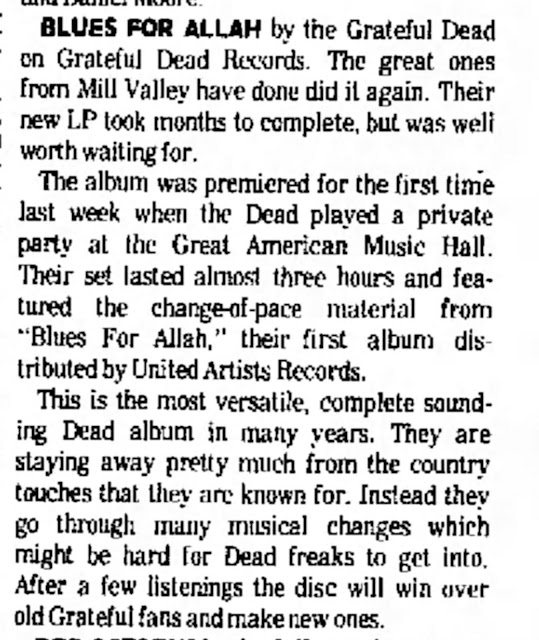 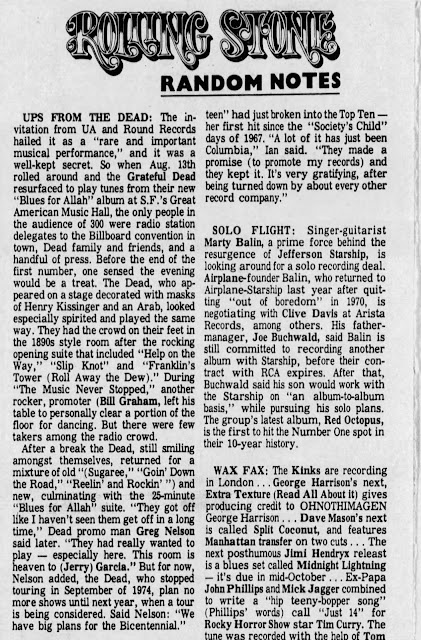 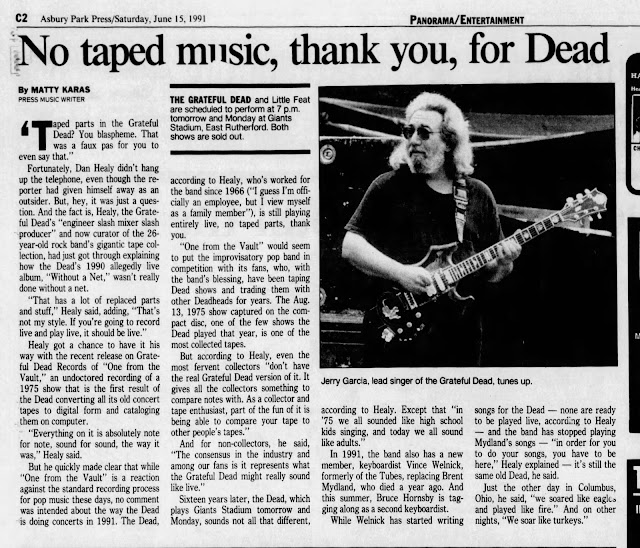 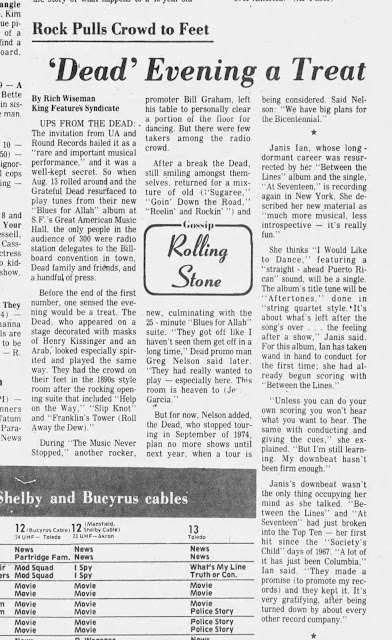 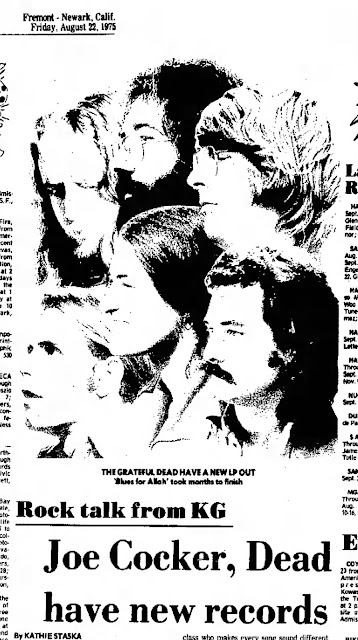 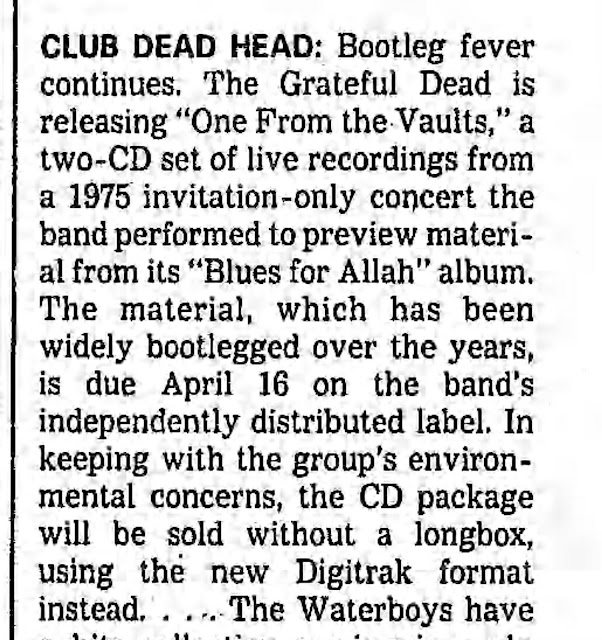 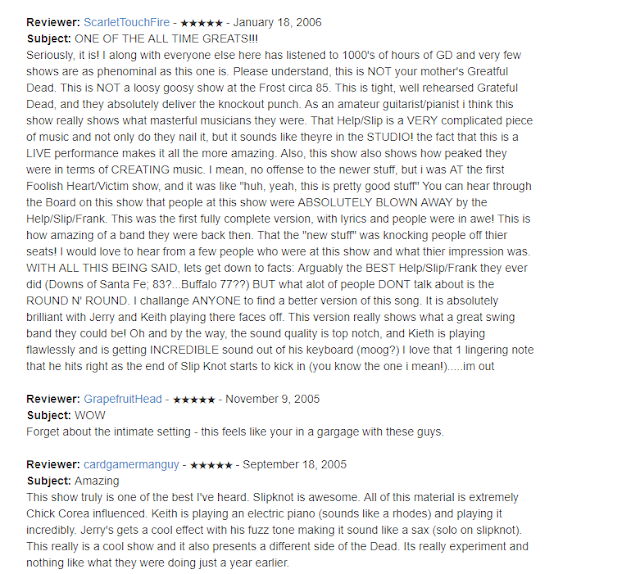 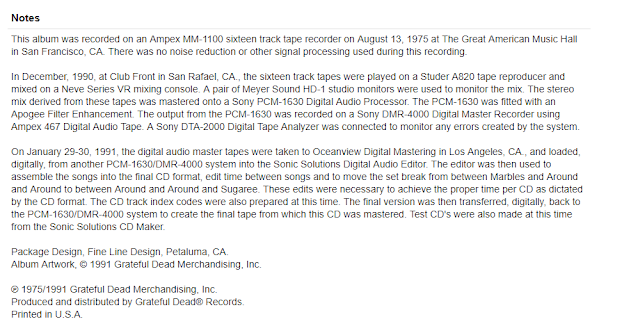 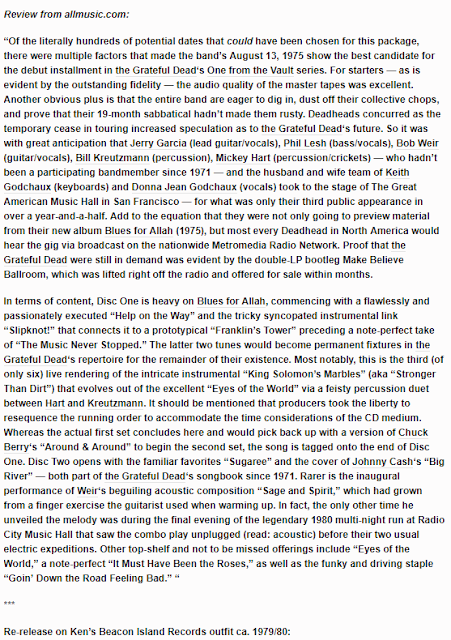 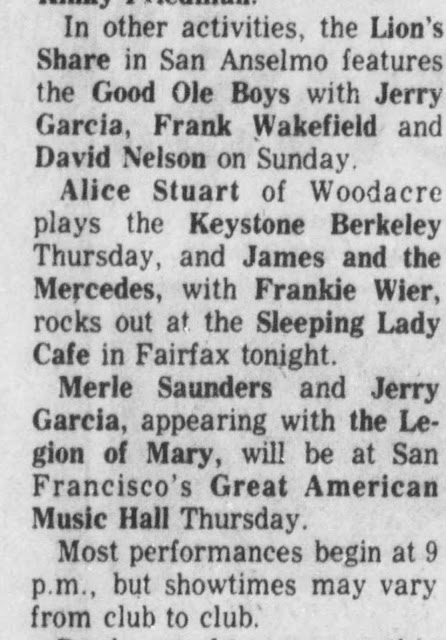