45 Years Ago Tonight was the first Dark Star>Eyes of the World and I finally found all the local buzz.  Here's where the buzz is.

Dane was the second show of the Wake of the Flood intro February tour. And the Dead had a chance a week earlier at Stanford to introduce most of the tunes.  Here we get a chance to start exploring.
There is an excellent guest post at Grateful Dead Guide from Taylor Coble this is a must-read on this show http://deadessays.blogspot.com/2014/08/21573-dane-county-coliseum-madison.html
You really must read Taylor's piece  but I give you a small sample:

Over the years, many listeners have waxed ecstatic about the Madison show, especially concerning the Dark Star->Eyes of the World->China Doll segment. This “trifecta masterpiece” has made appearances on various lists like “The best jam segments” and “Best versions” lists through the years. Well known examples include former GD archivist Dick Latvala, who called the Dark Star->Eyes “superb” and rated the show as a top ten of the year. Nick Paumgarten, writer of the “DeadHead” article featured in The New Yorker, included the Madison date on his “Nick’s Picks” list. He specifically mentions the Dark Star->Eyes as putting this show on his “life raft.”

There are multiple reviews from local papers, oh the days when this occurred is long gone too bad and still its Madison (think of Berkeley, Cambridge etc), they are positive and insightful.  If the reviews are little more blurry this time, try the PDF versions in the buzz.  Be well my Dead Head friends. This was a rare Loose Lucy opener (and the first and only time, they shoudl have played it more) and in honor of JPB, Bobby plays a number of Weir-Barlow tunes, Mexicali, LLR, and OMSN.


In October the Dead would return for another barnburner, a similar looking show with a little extra oomph in set two. I'll get there some day. :) 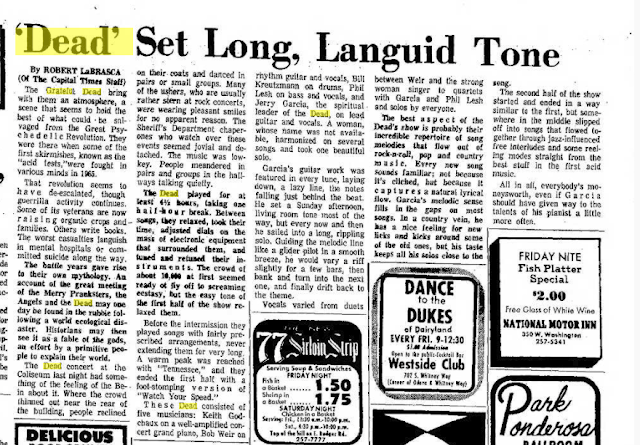 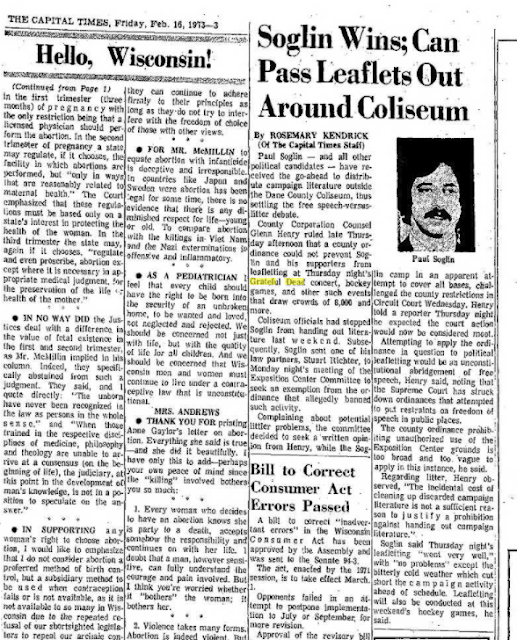 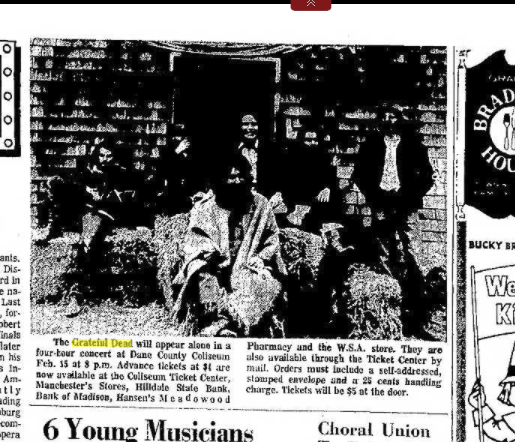 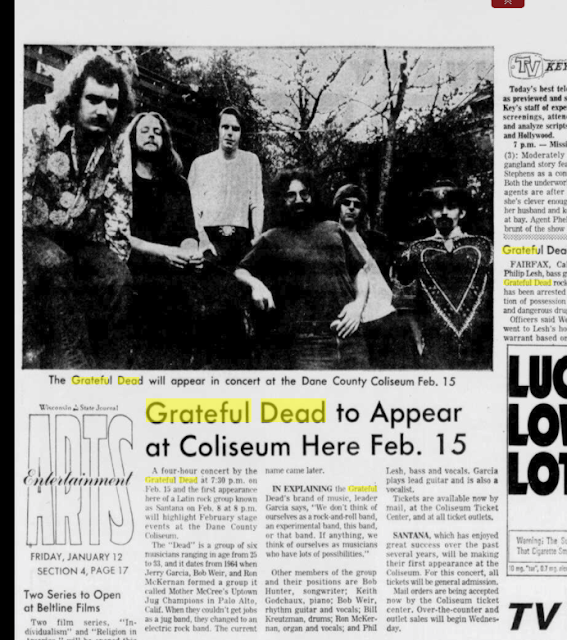 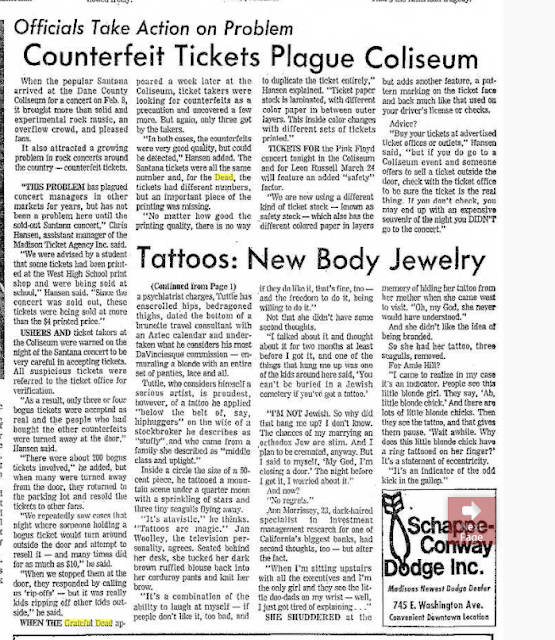 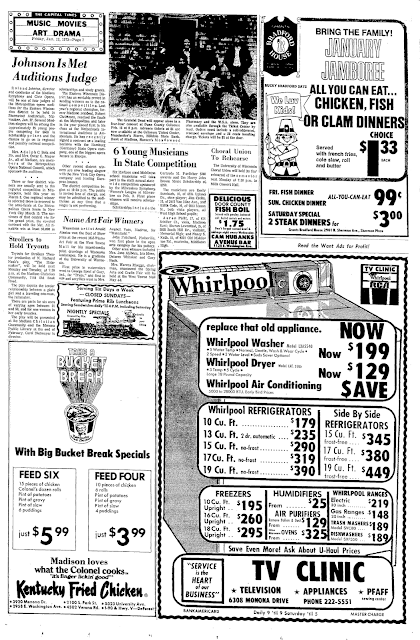 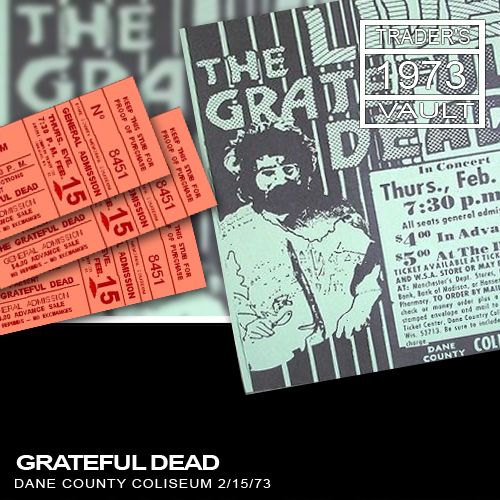 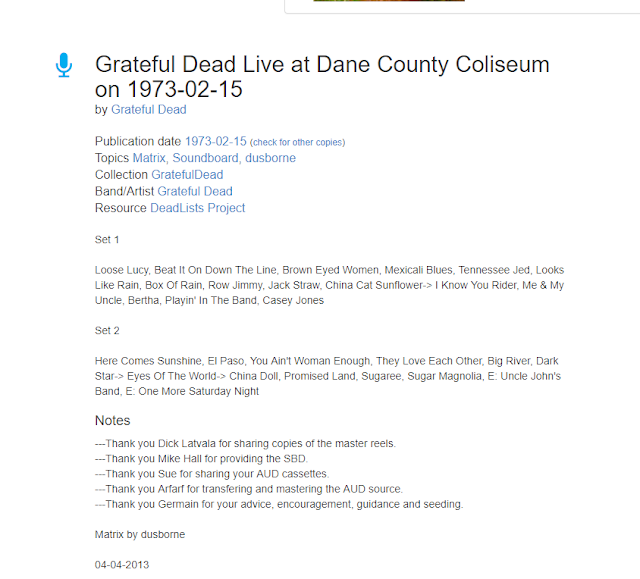 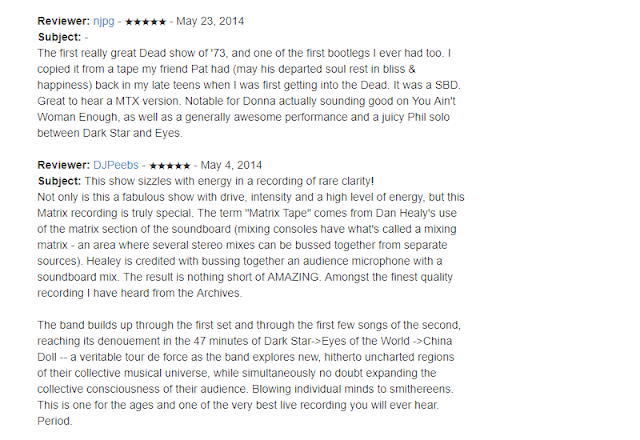