thanks to the collectors of the complete woodstock, you rock


"Okay we're coming through! It's the Grateful Dead" I cry like I have the Holy Roman Emperor and his entourage behind me.  Of Course, it's only one Grateful Dead back there  --  Bobby Weir's stuffed in the back between two rich little stockbrokers' girls. SIx limos coming through with one band member.      Woodstock fact (or fiction) from Rock Scully's book

Saturday At Woodstock was an all day/all night/Sunday morning affair lasting from noon until 10 the next morning. I came upon a child of God. He said It's San Francisco night with The Who added like Jerry wanted.  Here's about 11 CDs worth of Saturday at Woodstock

After a number of others bands including Country Joe Santana Canned Heat and Mountain 10:30pm rolled around. Then in order for the next 11 hours (get it, 11 CDs, 11 hours) we got:

I won't go into details on the Dead set but St Stephen>Mama Tried is a nice first try at the five minute Cowboy medley, and there is a Dark Star and a 30+ minute Lovelight with Babbs, both released on DVD in the 2009 special edition (owned by this Deadhead).  Not a top-1969 show, but I would still liked to have been there.  I was 10 up in Maine at the Lake with quite a few future Dead Heads. 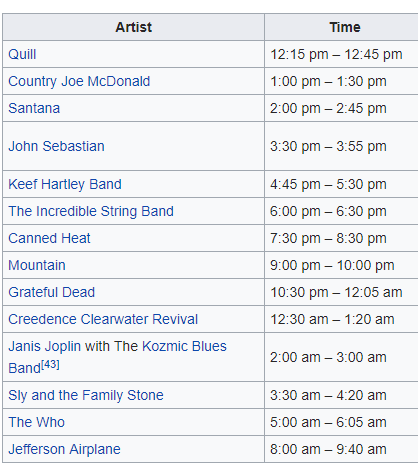 Our heroes played a little out-of-the-normal set of: 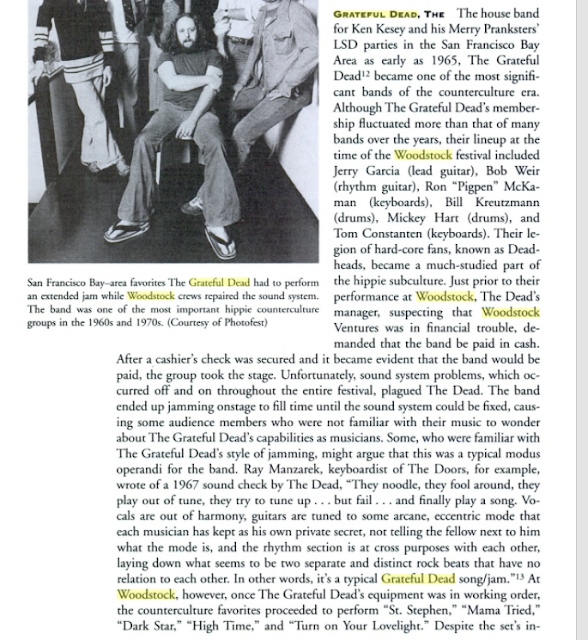 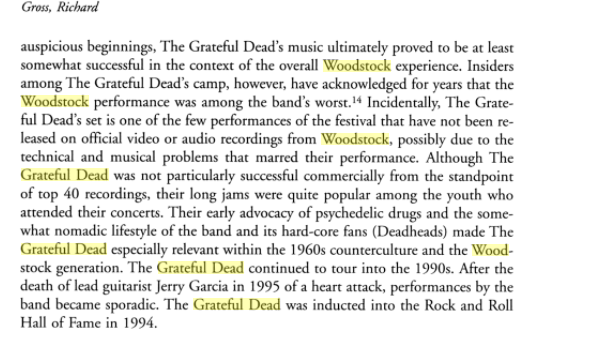 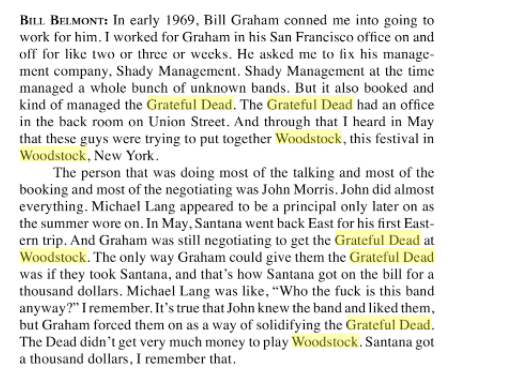 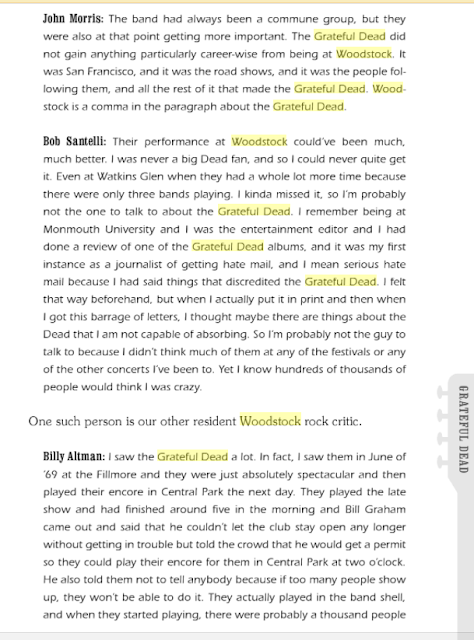 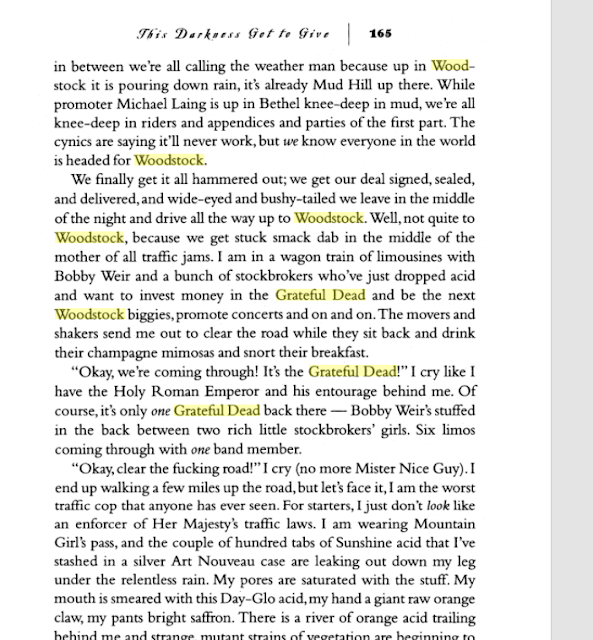 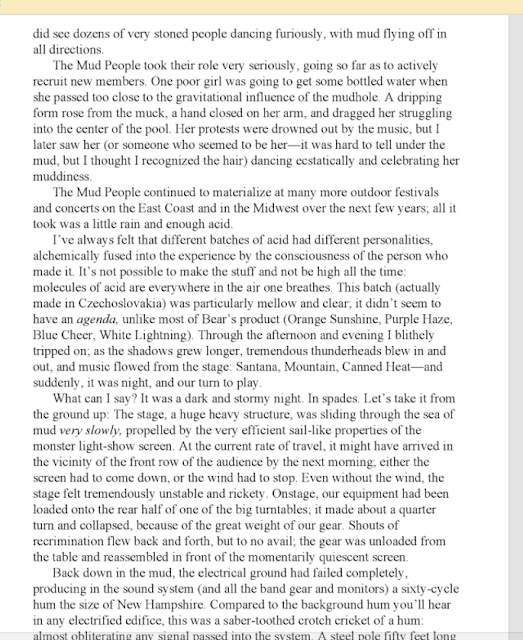 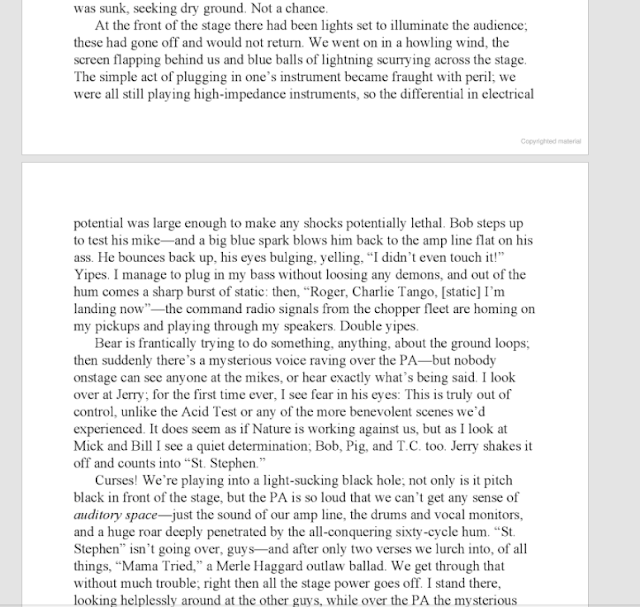 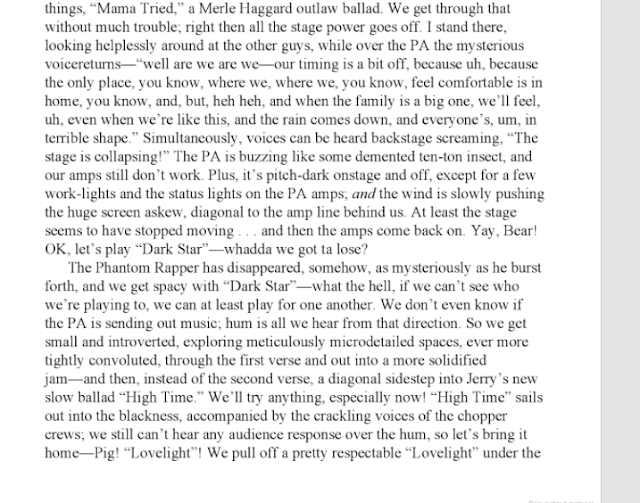 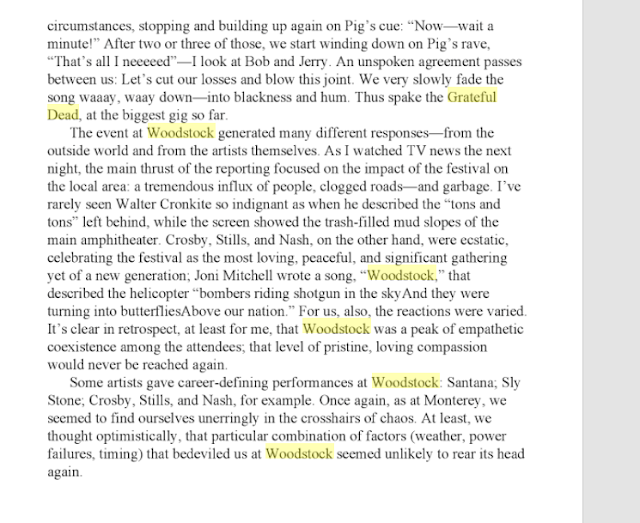 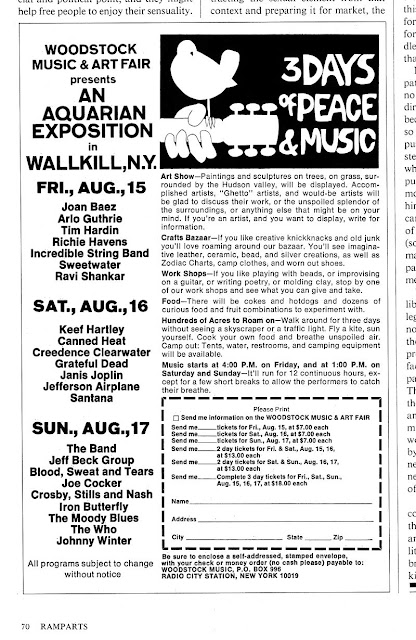 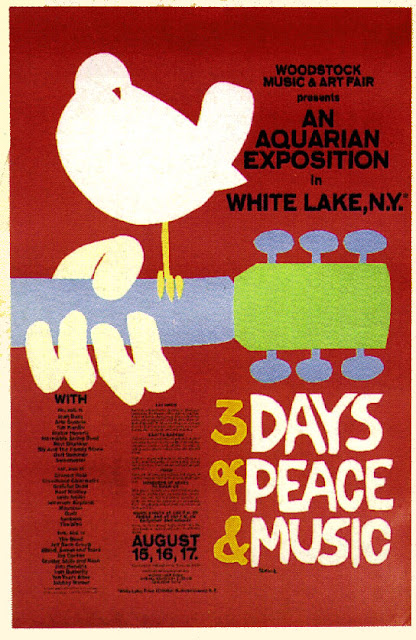 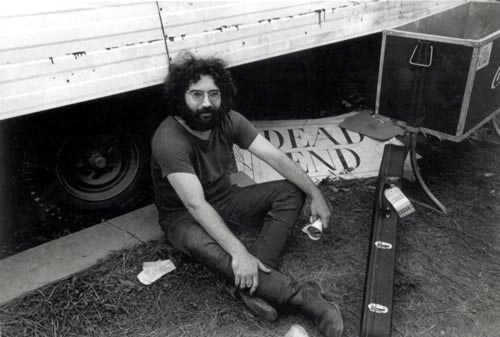 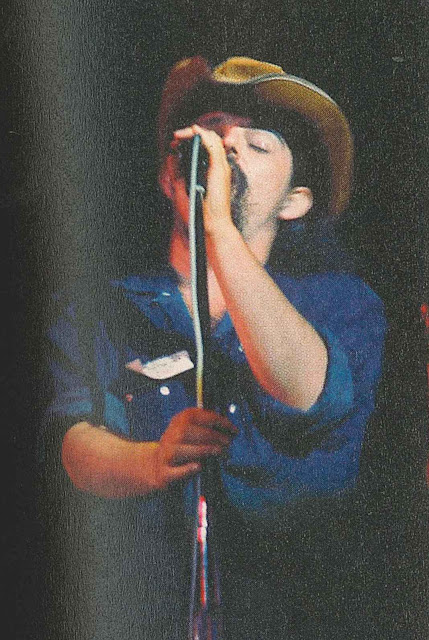 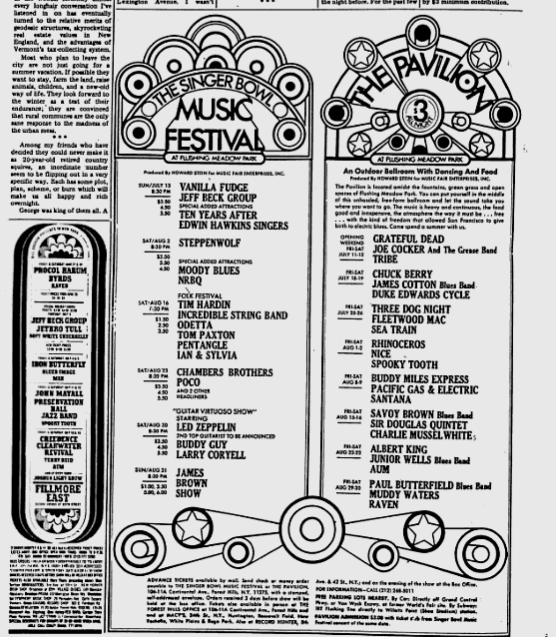 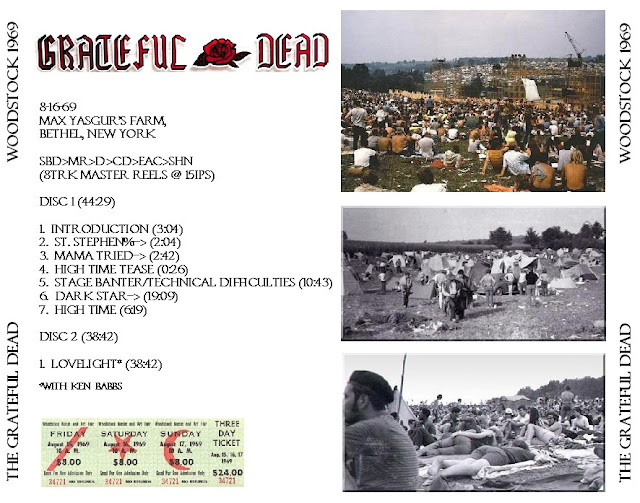 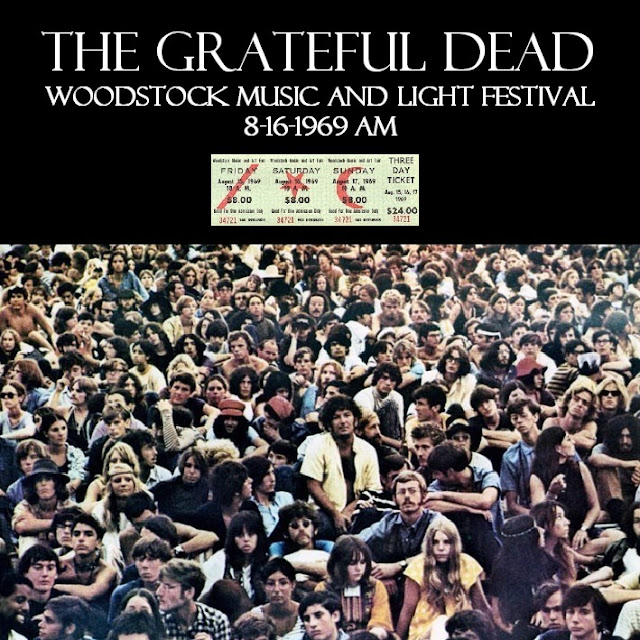 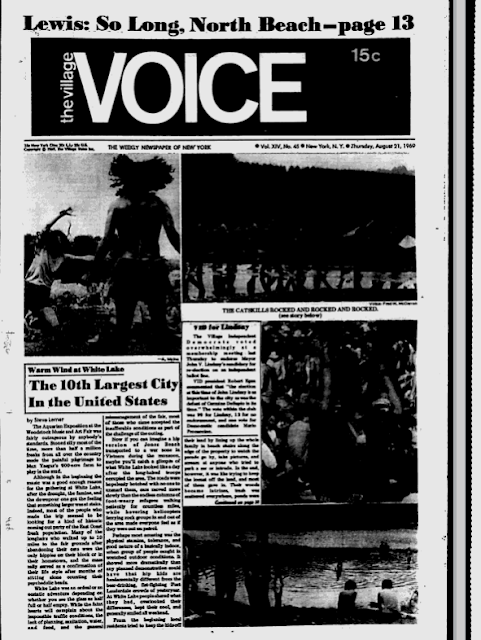 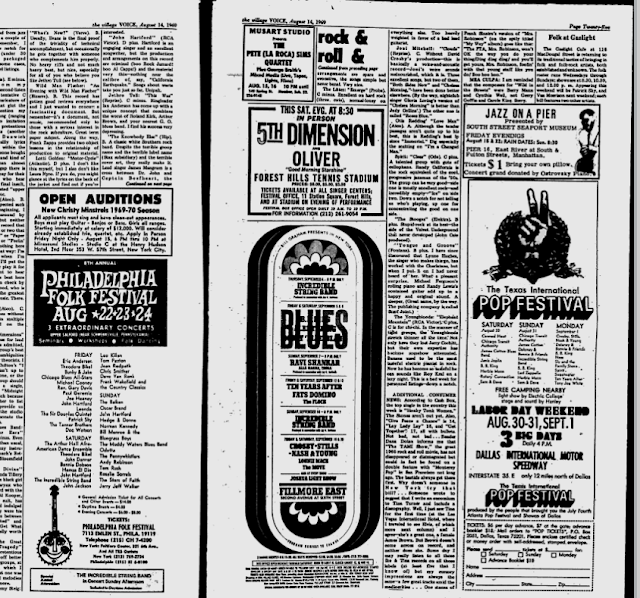 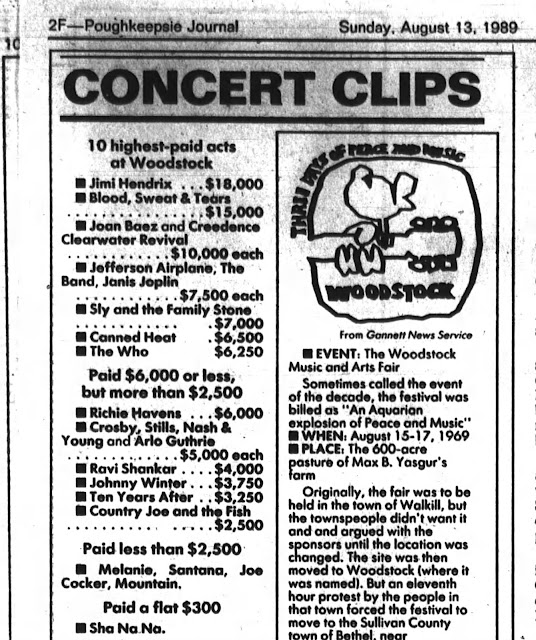 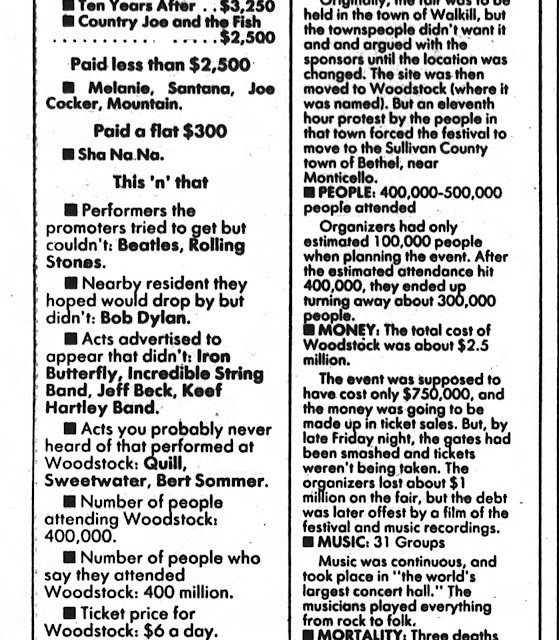 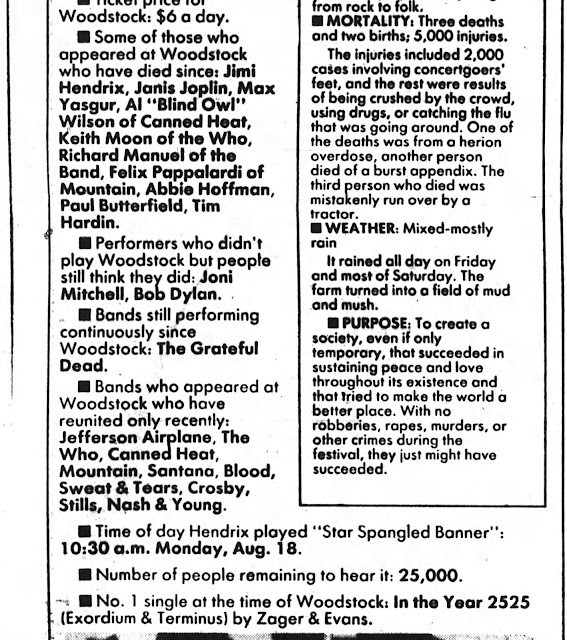