Any show where Phil says "And Goodnight" as loud as his bass playing is ok with me. 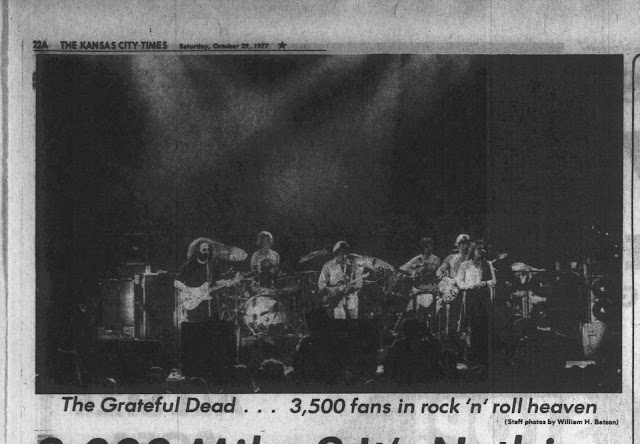 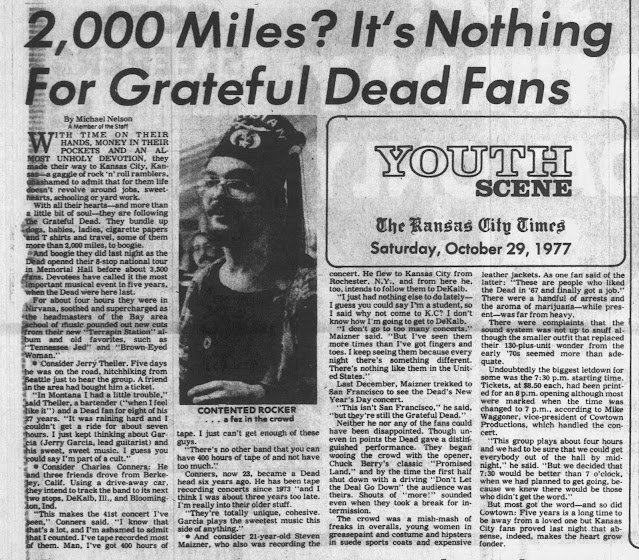 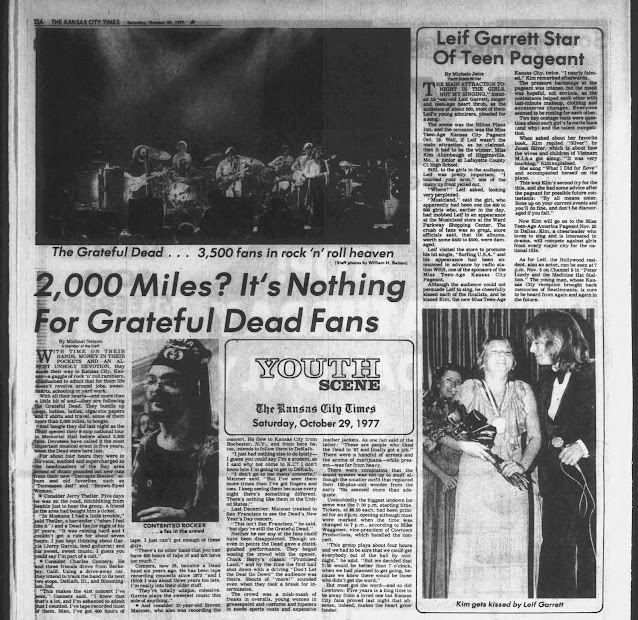 The next night would bring Fire to the Motel see De Kalb  http://gratefulseconds.blogspot.com/2016/07/fire-fire-in-motel-de-kalb-il-october.html,
but there was plenty of fire in Kansas City on Friday, October 28, 1977.

The show starts slow, I would say one of the lower-end 1977 performances, but there is a great They Love Each Other and I did like the Lazy Lightning>Supplication and Sunrise. However late in the show the Dead, as usual save the day. Music here

However these KC versions are different, He's Gone goes on forever and forever and builds to a solo song October 1977 all-star.  Listen above please.

The Not Fade Away feels introspective and slow next to all-time 9-3-77 version, but it still sparkles and has its own unique power as it flows in a very beautiful Stella Blue which gets an added GDTRFB before Round and Round. Oh and then there is the Casey Jones.  So what started very mediocre turns into one hell of a show.  Walked my Great Dane this morning and heard this Lazy to the end (long walk). Couldn't stop. 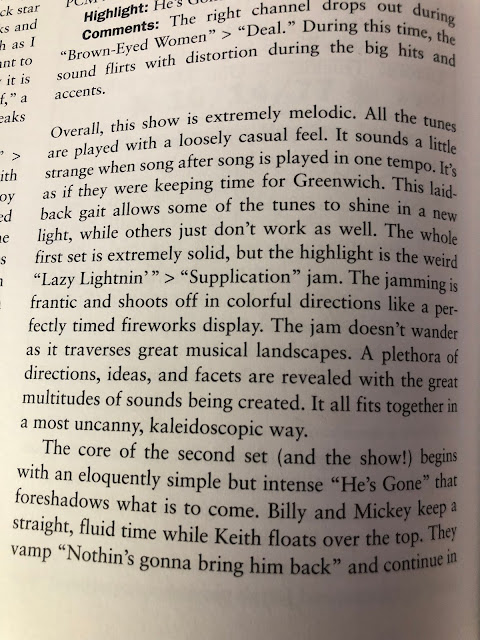 Reviewer: clementinescaboose - favoritefavoritefavoritefavorite - May 4, 2015
Subject: He's Gone!!! Nice 2nd set.
People rave about the Casey from this show, and it's a hot one, although I'm not really sure if it's better than the 10/2/77 bustout.

For me the highlight is the drop-dead-gorgeous version of He's Gone - the outro jam is huge and absolutely SOARS! It's amazing and a must hear sleeper jam of 1977. 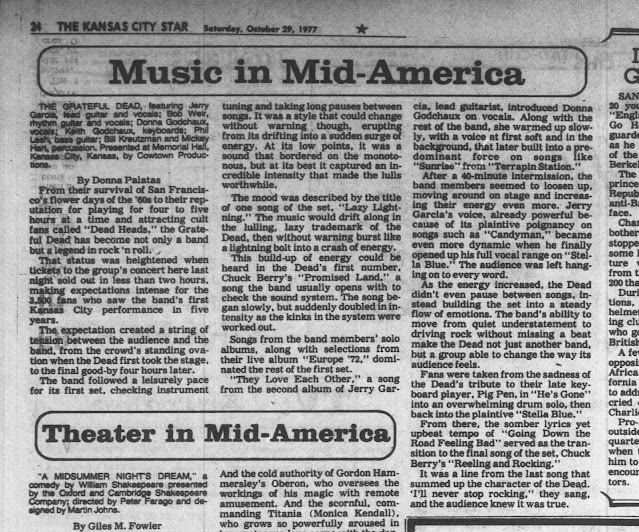 The 2nd is pretty satisfying all around though; not as legendary as the following night in Illinois, but a typically strong fall 77 outing. After He's Gone dissolves into drums, we get a juicy, laid back NFA, a very nice Stella, a sloppy but seriously kickin' GDTRFB, and the aforementioned CJ, of course.
Reviewer: Norman Clegg - favoritefavoritefavoritefavorite - October 18, 2008
Subject: CASEY JONES CASEY JONES CASEY JONES!!!!!
This show has it's share of highs & lows and won't flat-out disappoint you, but there's so much more from this monumental year that will FLOOR you......

.....having said that, the encore is my favorite "Casey Jones" EVER: it begins with a chuckling Weir harmony in the lyric and then the band PILEDRIVES it home. The longest, most FEROCIOUS version of all, taking on ALL comers from '71 > '72 and leaving them in the dust.