For some crazy reason, my 25 year old self skipped this night. My housemate Robo when to the show for free as an usher (which I could have done too) and around 1am when he came home I said how was the show? He said it was great and they encored with Dark Star.


I called my brother Ralph the next day and Cormac scored me tickets for the next night, when Why Don't We Do It In the Road. But still I missed the Dark Star.  Lucky I saw the prior one on December 31, 1981 (actually 2am on January 1, 1982), but only one in 80 shows.

The problem for a chronically underemployed young guy was there were simply too many shows.  I had to stop seeing the Jerry Band in 1981 for the same reason. $5 for the Keystone did not grow on trees for the kid making $5 an hour.

But missing this Dark Star really shook me cold. I gave up going in 1987 (except for one Branford surprise show in LA in 1994), faded away to West LA, went to grad school and started my career and I missed the resurgence of the band in the great late 1989-1991 era, which I could have had a 4x better chance of seeing another Dark Star then seeing an Estimated>Eyes!

Link to Charlie Miller music from this show 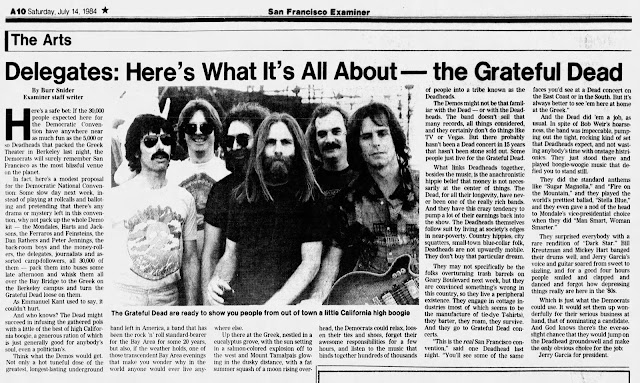 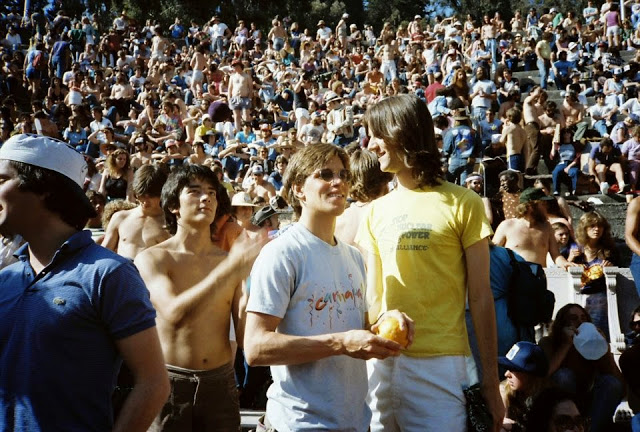 My Brother Ralph with Dead Doctor Jordan at the Greek 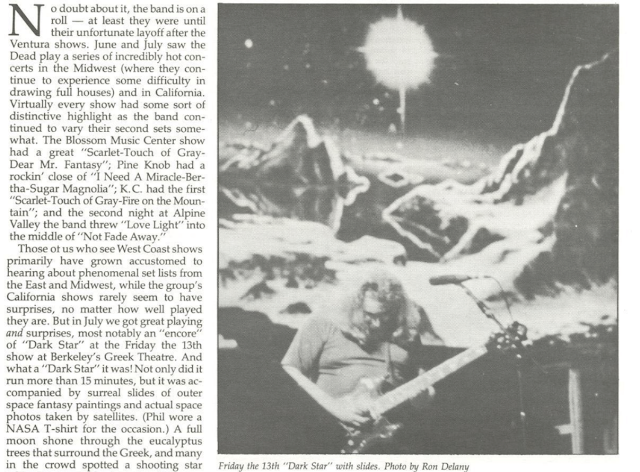 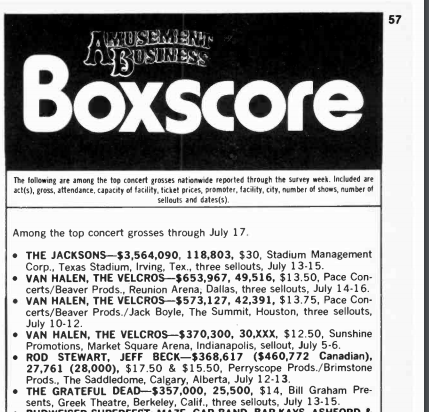 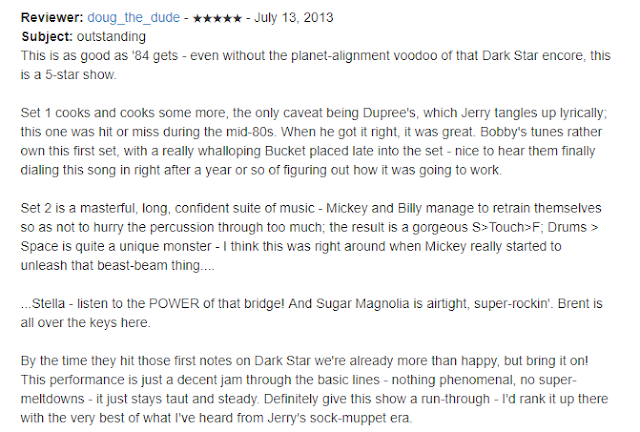 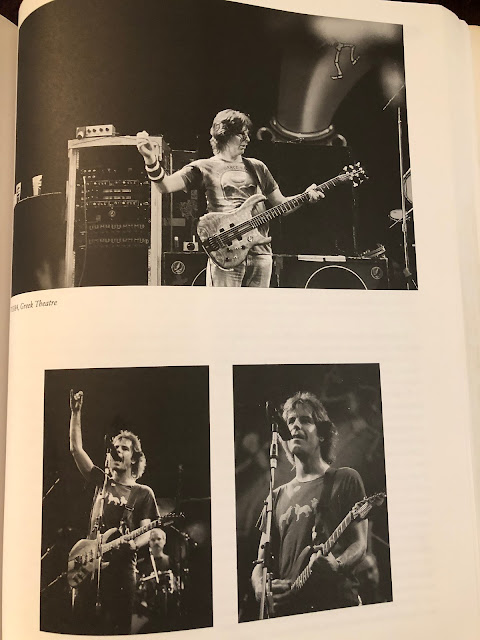 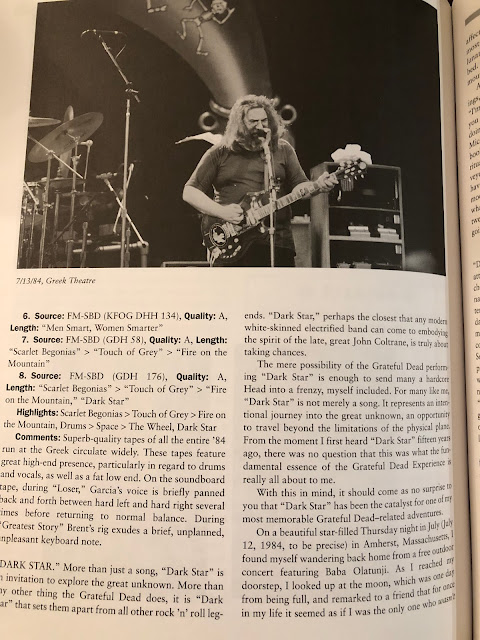 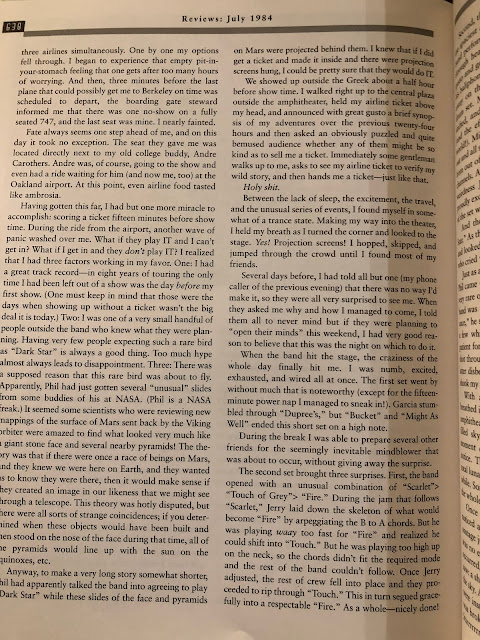 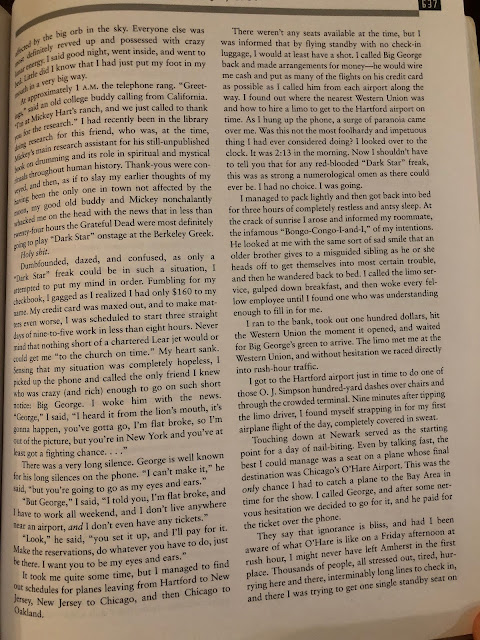 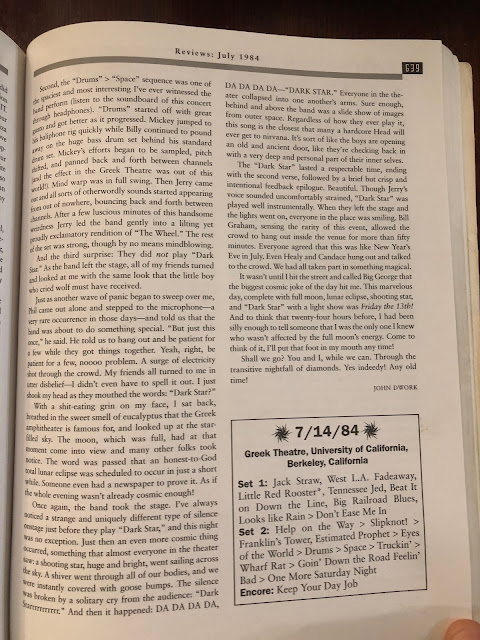