A wonderful Garcia song towards the end of the night makes a show or a year.  Note that when you consider the top-voted Garcia ballads from headyversions and Deadbase 11, you find that 9 of 11 best favorite versions are ranked in the top-6 shows of the year they were played.

For more on these tunes see http://www.gratefulseconds.com/2017/03/set-structure-ii-garcia-mood-shifters.html 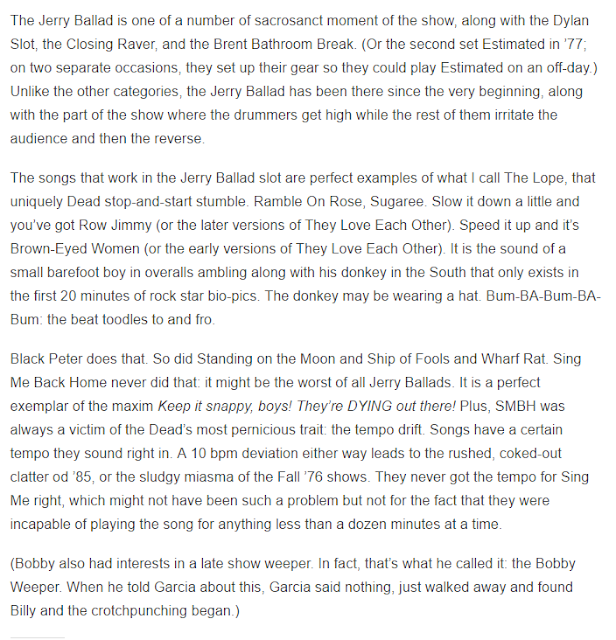 Some of the versions shine by the company they keep, Beautful Jam, St Stephen, Caution Jam, Split Sugars, got my Mojo working, and other rarities.

I should note Happy 25th birthday to Standing on the Moon top-version, August 21, 1993.

Interesting that most of these come from the 1970s with a few coming at the end in the 90s when Standing on the Moon and Days Between came about.

Rankings are the headyversion and the Deadbase 11 versions.