40 Years Ago this month, Keith and Donna Godchaux played their last ever show with the Grateful Dead. Their nearly eight run with the band encompassed the golden era of the band, about half in the one drummer Monster years of 1972-1974 and the marvelous 1976-1977 run as well.  But towards the end, the magic was escaping and off-campus activity was increasing (see Fire in the Motel night) .

Obviously New Year's 1978 was magic, but towards the end we the fans were not feeling it as much Utica, January 14, 1979).  But as Mike Dolgushkin says above, this show shined, despite the move to the much larger Oakland Coliseum (foreshadowing the era of stadium Dead to come in the late 1980's). this is a top shelf show (ranked third for the year in Deadbase 11).
(hear music here) 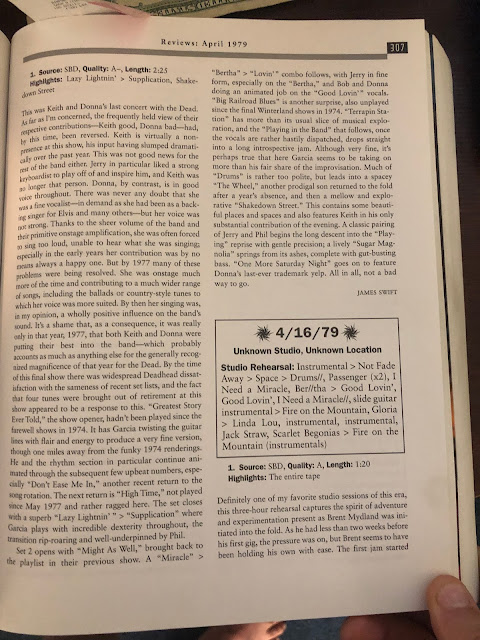 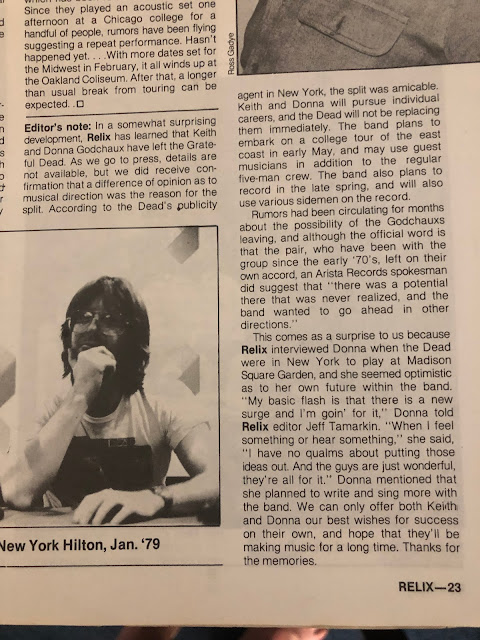 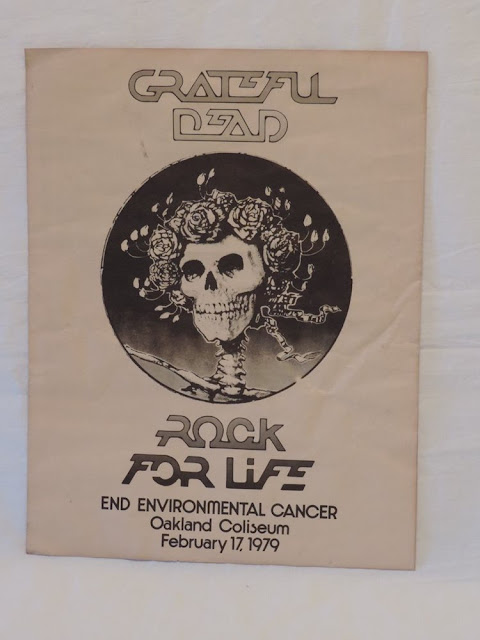 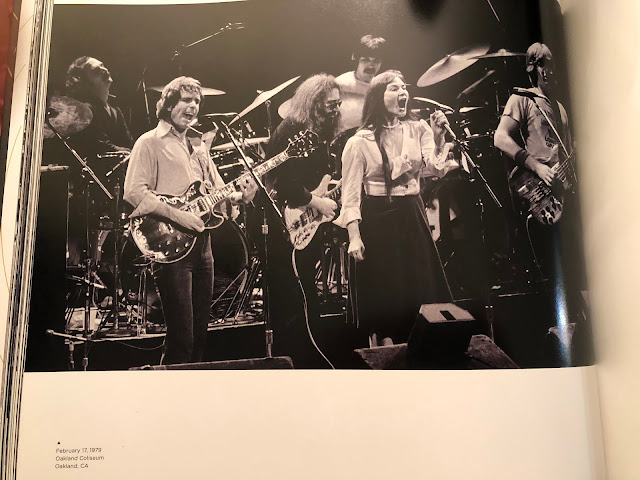 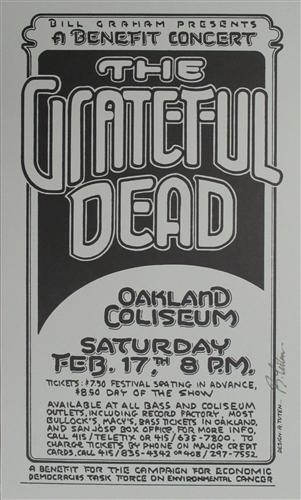 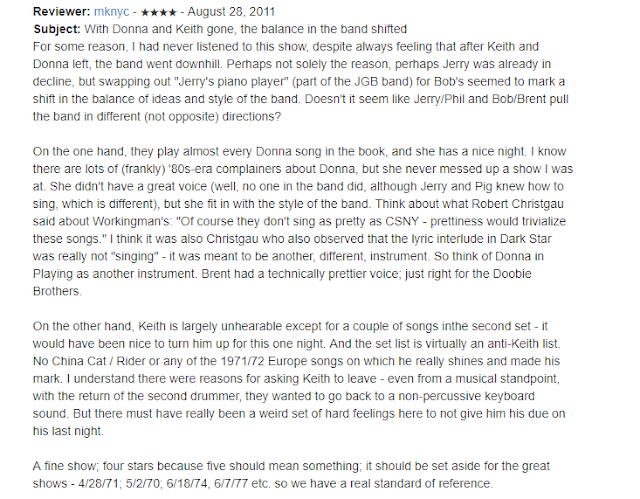 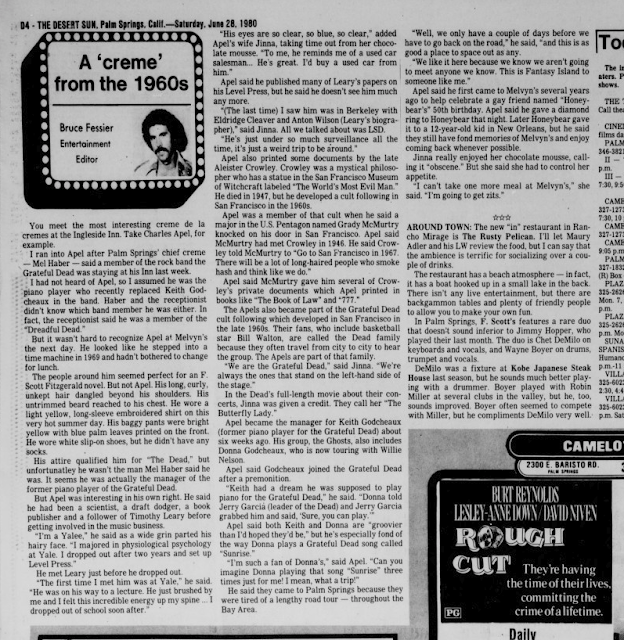 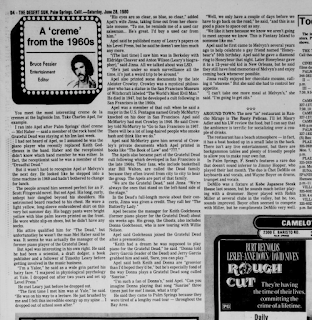