This morning I unwrapped a very nice present with the discovery of  Setlist Schematics      @phishmaps, who Jesse Jarnow tells me is the work of Hartford Courant's Michael Hamad (see below for nice 2015 work of his).

As a person very average in understanding TAB and bare bones in reading music, this intrigues me so much.  What allows me to read this beautiful new language is a total understanding of Stella Blue, from the first time I heard it on Wake of the Flood in 1974 (late I know) or saw it at the Palladium in the middle of St Stephen on April 30, 1977.  I can just sense and feel what this means.  I feel the one four five and the halfling of beats from four to two to one. it's beautiful math because Jerry has a beautiful mind. 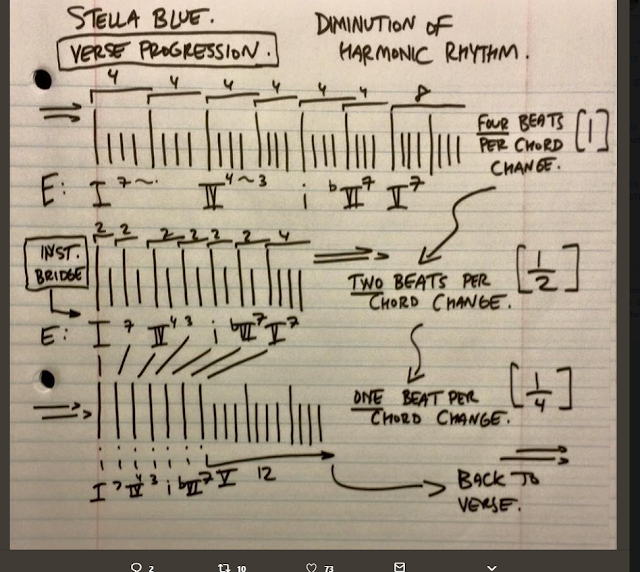 This is another outstanding moment in the history of the Hartford Courant and the Grateful Dead.

Here's are three more from the 21 shows the Dead played there with outstanding Hartford news coverage: 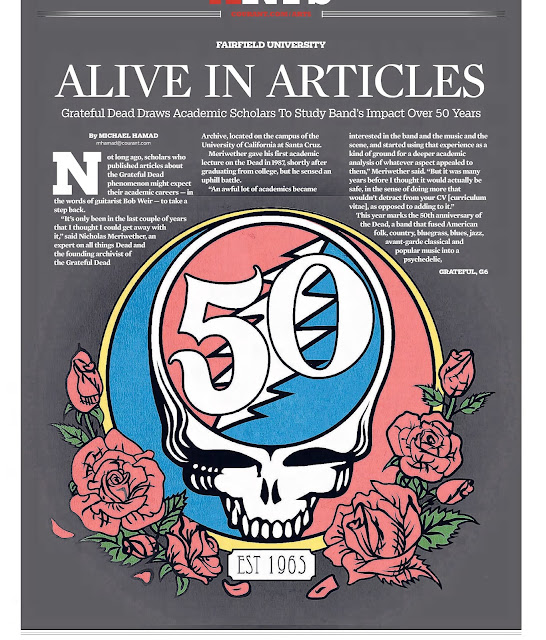 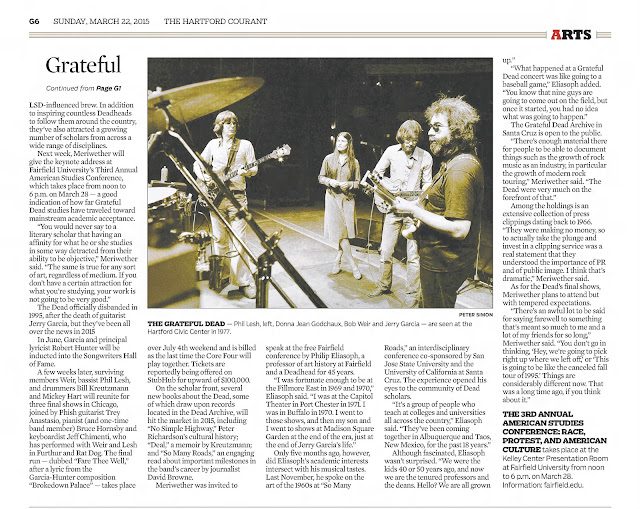 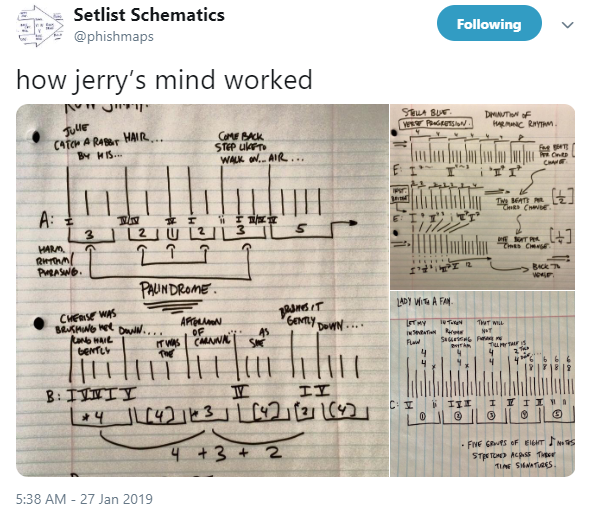 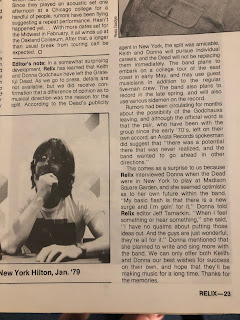 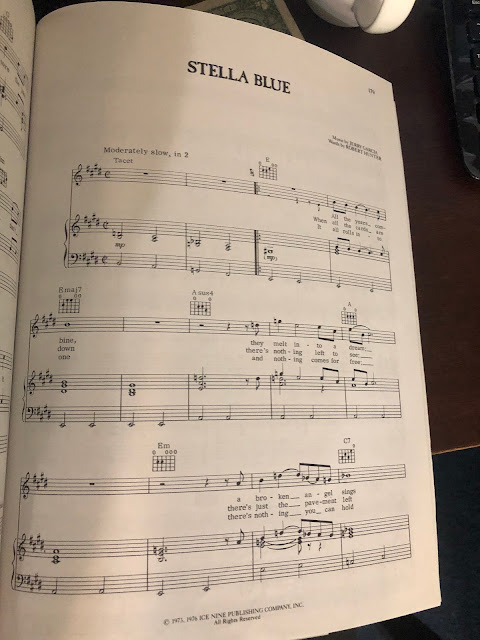 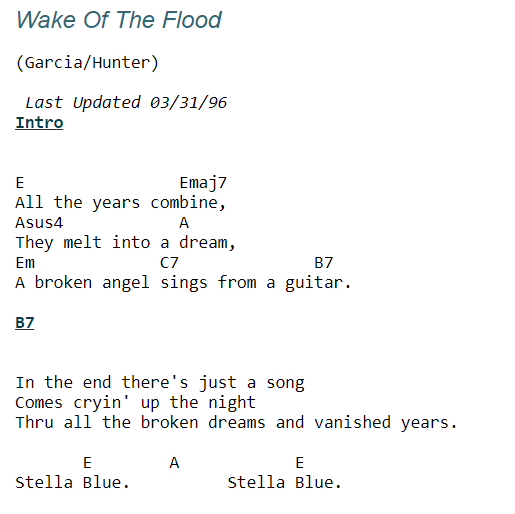