"That's Outrageous", one scalper said, "The Dead is a Good Show, but they aren't as good as they used to be"  according to the Rochester Democrat and Chronicle, 11/6/1977 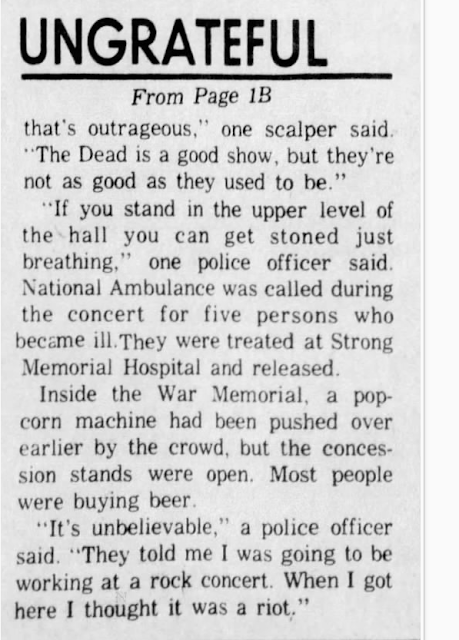 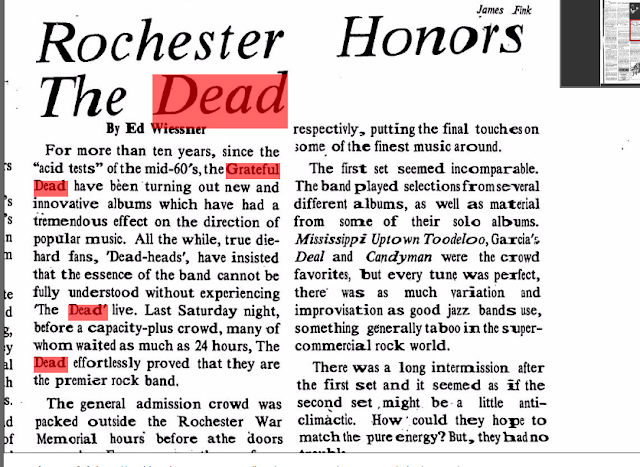 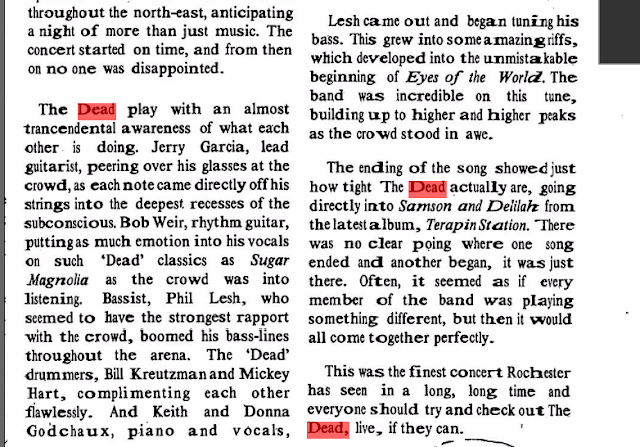 It was a riot after all, three step-backs and a crazy Phil Solo>Eyes of the World>Samson & Delilah which graces your ear canals at the moment. Just a powerhouse of a show with a nice Other One>my first Black Peter towards the end.  Dick liked it 34th best. Thanks again to Rick Sullivan for the seats When Black Peter came into view after The Other One, Rick and I turned to each other and said "Black Peter" in loud voices. Ah, remember when Black Peter was rare. Took me ten shows to catch it.

Rick Sullivan That sure was a really fun one! Still have pretty strong visual memories of our adventure to Rochester. Especially on those steps getting in without being thrown through the glass door panels! Remember when we walked out after the show, they were welding the doors back onto their frames! 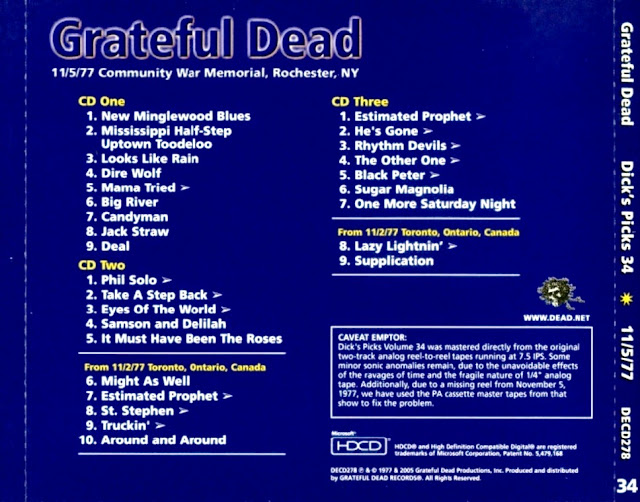 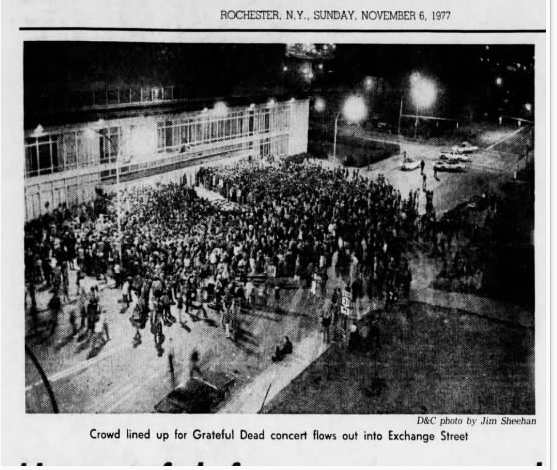 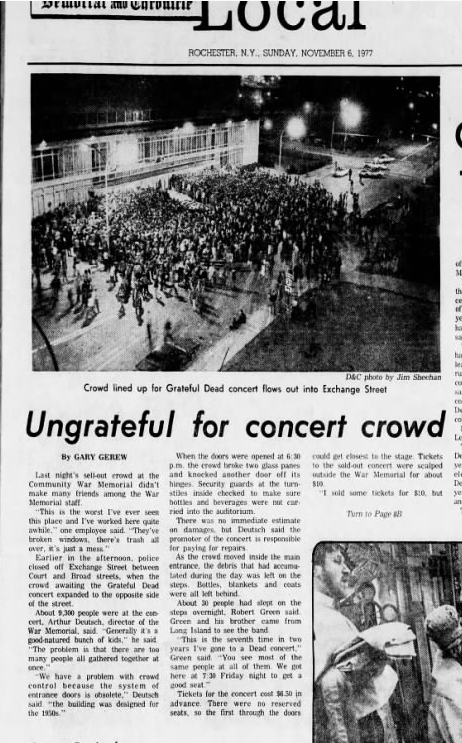 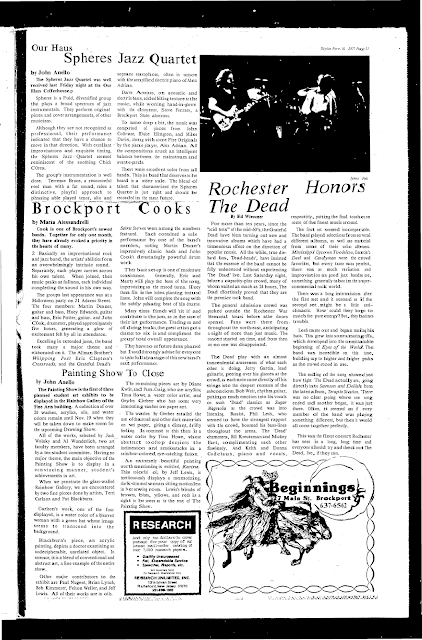 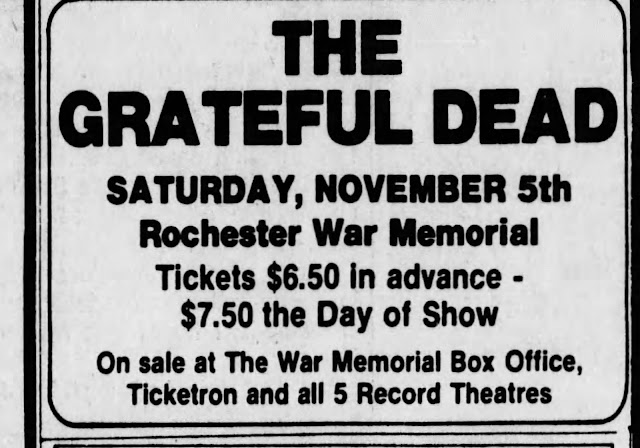