Reggae Dead Day : From Stir It Up Jam to Struggling Man


I was playing random again this morning and came across the Jam after Fire On the Mountain on March 21, 1991 at the Capital Centre in Landover near DC which you are hearing now.  Wow, so great. Written by Bob Marley in 1967. 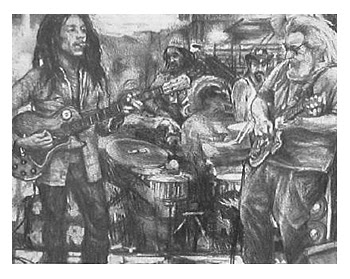 
HOWEVER, I did get to hear Struggling Man twice from Reconstruction in 1979, which Jerry resurrected from 1990 through 1995, playing its last version on April 23, 1995 as the fifth-to-last song the Jerry Garcia Band ever played.  That 1979 version follows the Stir It Jam if you hold on a few more minutes :)

So I proclaim that in the Davis house from now on, March 9 will be Reggae Dead Day.  Enjoy.