David Lemieux has made his BEST EVER Dave's Pick. it is so rare to find unknown Dead tunes and David has done it, as recent as 1972!!   The Other One goes into Stella Blue, Saturday Night and Sugar Magnolia. I have never seen those in any listing or print before today. Thanks David

When I fist heard this show, I could not believe how outstanding ever version of every song was.  I would have named this show The Perfect Show instead off the night before, but it was incomplete.
No more as that wild long-as-hell Other One did continue into three songs we never knew before, Stella Blue, Saturday Night and Sugar Magnolia.  And then we were off to the Field Trip at Kesey's. 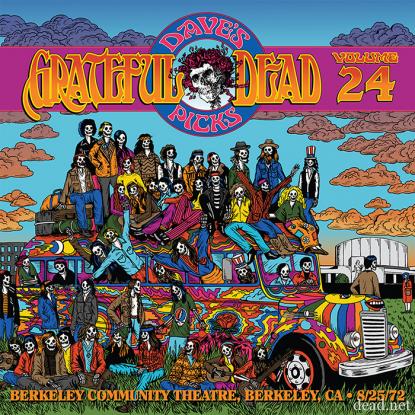 Back in January 2015, I asked David to released a Berkeley Show
https://gratefulseconds.blogspot.com/2015/01/the-mecca-berkeleys-greek-theater.html

"Open Letter to David Lemieux ( vault@dead.net.). Please correct a terrible omission and officially release a Grateful Dead show from Berkeley. I know, I know, Jerry shows from Berkeley are all over the place, but guys, out of the 57 Grateful Shows in Berkeley (of which I went to at least 15), please do the right thing."  David rocks as always.

This is the Perfect Show, Part Two with the night before http://gratefulseconds.blogspot.com/2016/08/the-perfect-show-berkeley-august-24-1972.html

With the exception of the single CD 1968 Greek show, this is the first show ever released officially from Berkeley. And an amazing choice since no one has ever revealed the entire show before. All l the SBD tapes simply ended with Truckin' > Jam > The Other One > Jam 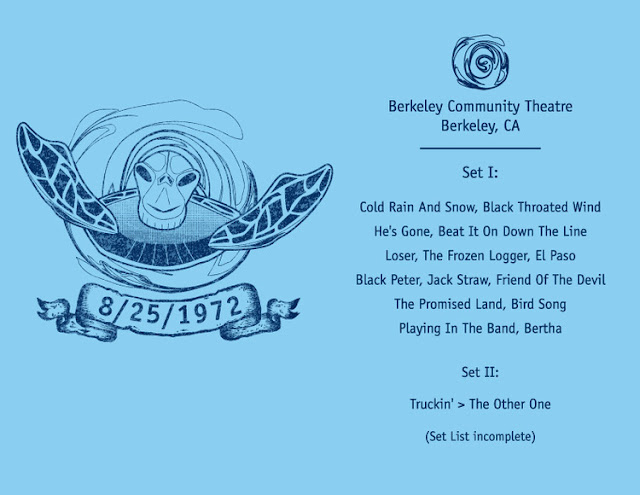