Truckin' Back to Buffalo 1973 Version, March 31 to Excited Students: Crazy Other One Explodes Into I Know You Rider

1973 is the Cherry on the Icing of the Birthday Cake known as the Grateful Dead.
The Fall is the ball, but don't neglect the Spring.  A good excellent is March 31, 1973 in Buffalo.

The band had already played a nifty Scarlet Begonias>It Must Have Been the Roses, a  little couplet that sounded so sweet in 1973 as well as a set ending 17 minute  Playing In The Band.
Then comes the real deal of the show (which I believe was first heard in A quality SBD on David Gan's Grateful Dead Hour a long time ago). He's Gone>Truckin' leads into this very unique jam that starts with Nobody's Fault into The Other One and a Spanish Jam mixture into chaos that winds up into a Feelin Groovy Jam and amazingly enough I Know You Rider for the first time in well over 100 versions that IKYR did not come out of China Cat Sunflower.  They won't try this song separation again until that wacky year of song selection in 1985 with Half Step>I Know You Rider

See http://gratefulseconds.blogspot.com/2016/01/china-less-riders-and-rider-less-china.html for the history of I Know You Rider without China Cat.

Buffalo was a later entry to the March 1973 Dead schedule according to this along with Nassau (night 3) 3-19 and Rochester 3-30. I highly recommend the Buffalo Spectrum pieces on the show, this is a recent find for me and their writers started looking at the Dead as early as 1967, traveling north of the border to Toronto for a look-see.

The Jam is really top-shelf, so don't miss it. 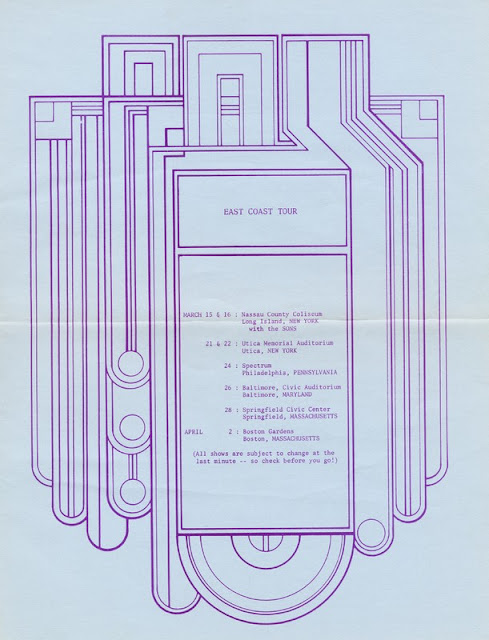 The Aquarium Drunkard sure got this show
A few weeks later the band skid into a languid “He’s Gone“, deep in the second set, at Buffalo’s War Memorial Auditorium. Originally written about Mickey Hart’s father, the band’s former crooked manager, the song quickly became an elegy for lost brethren – beginning with Pigpen. As Jerry croons in unison with Phil’s goofy harmonies – Bobby and Billy set a steady rhythmic pulse shuffling the band into a long, rambling jam that careens into the life-on-the-road-of-misadventures of “Truckin’”. A roar engulfs the hall as the crowd applauds mellowin’ slow in their neighborhood and Jerry fires out a crippling solo before shifting into high gear with a smokin’ “Nobody’s Fault But Mine” jam. Billy then commanders the wheel, driving the group further out into their psychedelic masterpiece “The Other One”. Garcia’s fury of kaleidoscopic triplets accelerate the group into wide open terrain while shimmying into a Spanish Jam. Teetering on the edge, the band begins pumping the brakes on “The Other One” and the jam becomes more sparse as the notes start floating into Space. Lesh, not to be left out, drops in a series of punishing bass bombs while Weir’s feedback tears through the astral plane. Garcia tries to tether the group back to Earth with a vague melody, but Billy isn’t ready to descend yet and eases the band into a jazzy, ethereal Feelin’ Groovy Jam. Finally the lucid dream begins to lift as “I Know Your Rider” peaks through and beautifully concludes nearly an hour of incendiary 1973 Dead. words / d norsen 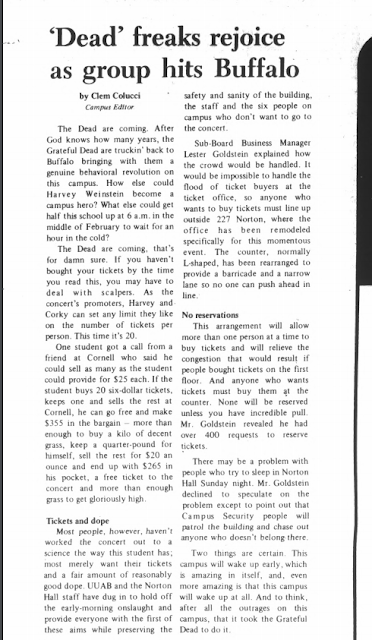 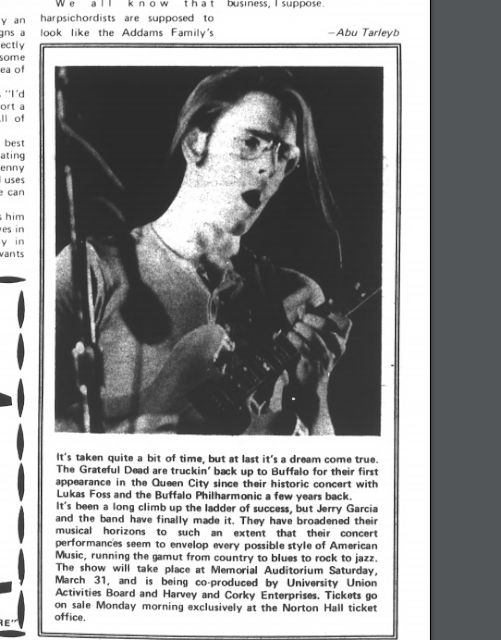 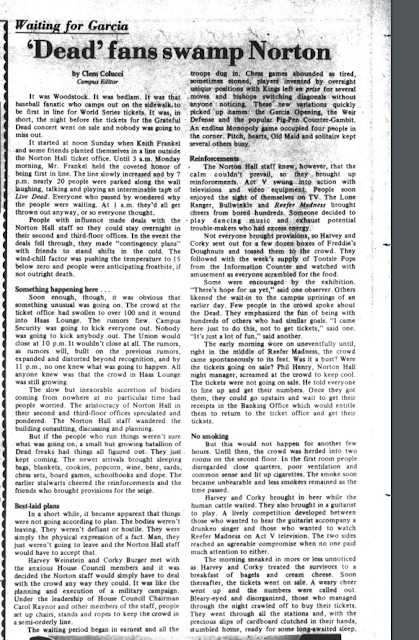 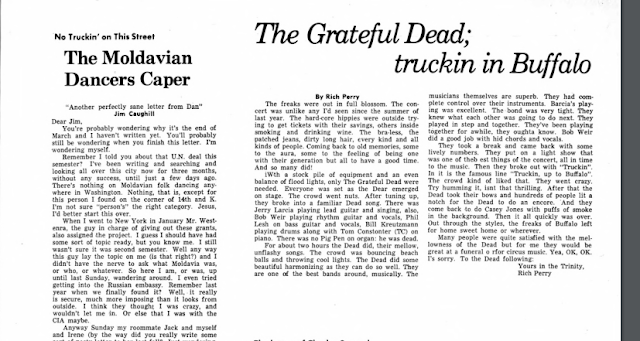 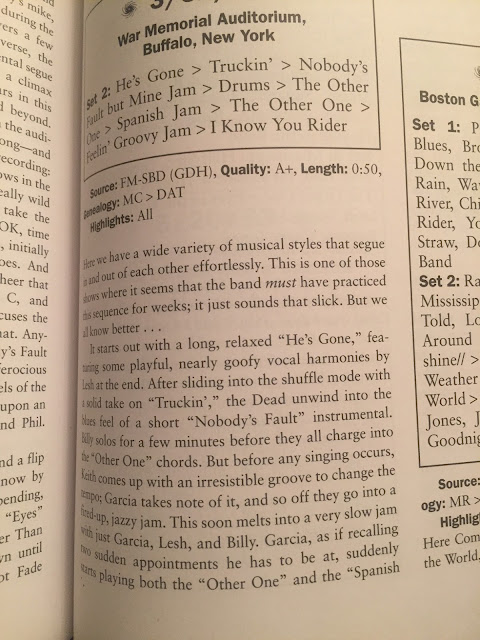 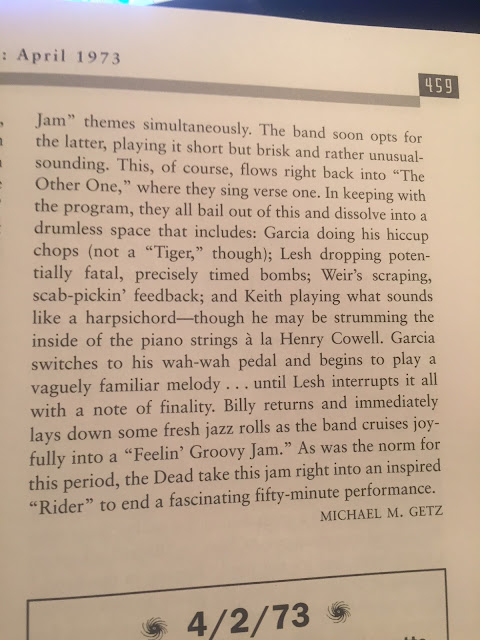 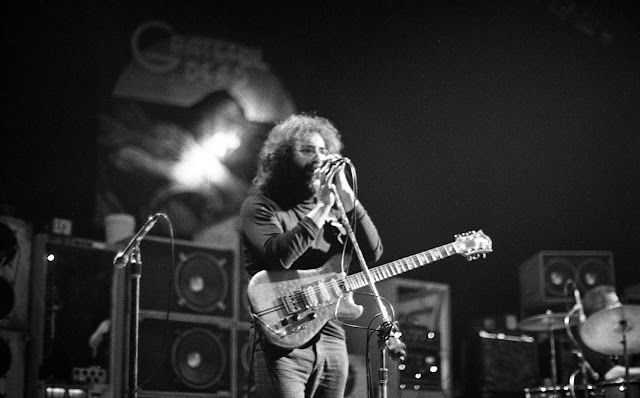 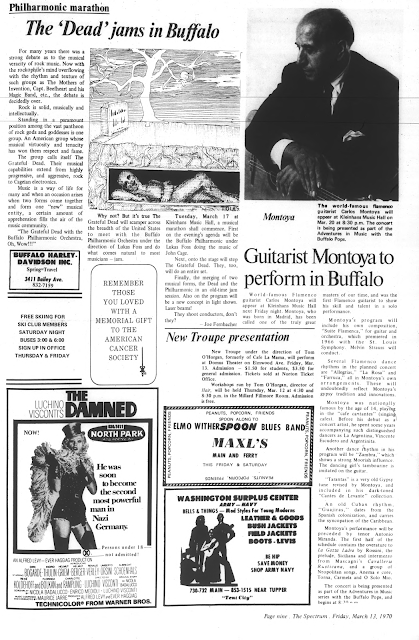