Day of the Dead: Northwestern Greeted with First Playing Uncle John's Sandwich and He's Gone>Truckin In World Class Tour-Ending Set Two (and did I mention the Morning Dew?), November 1, 1973


A Playing in the Band Uncle John's sandwich not filling enough for the Northwestsern students (with a Morning Dew led-in no less), the Dead continued the set with a He's Gone>Truckin>Wharf Rat to boot. What will theuy going to encore with Dark Star>China Doll? )not really but this show is that good.

Other happenings that night in Chicago that night were the Dead's Watkins Glen mates The Allman Brothers at Chicago Stadium and a Chicago Transit Austhority crash in the hours after the Dead show. Does anybody really know what time it is?  Watch your speed.

is is an amazing show that ended one of my favorite brief tours, the tour where the band was fiddling around with Dew, Uncle John's, Playing, Half Step and Big River  inspired I suspect but their close proximity to the mighty Mississippi River.  (see this earlier piece)

I love when the Dead play for college crowds (my 40th anniversary of my first college show at Colgate will be posted soon).  Smaller crowds, often more clued-in reviews in their student newspapers, and generally an overall good time.

This was only the fourth Playing Sandwich  http://gratefulseconds.blogspot.com/2015/10/complete-list-of-my-playing-in-band.html, with the last two being the abandded Half Step>Big River filling (which they would thankfully perfect in the first set of Boston May 7, 1977). 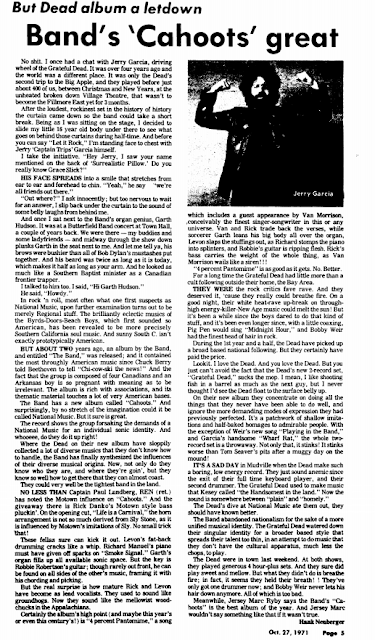 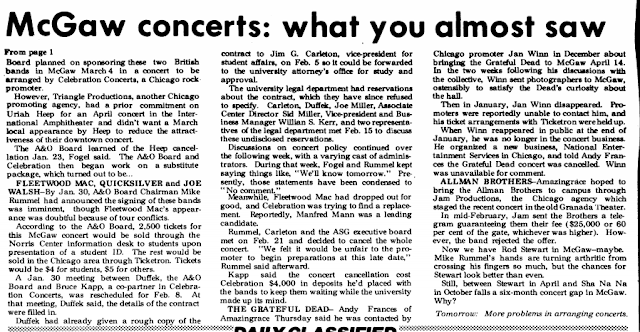 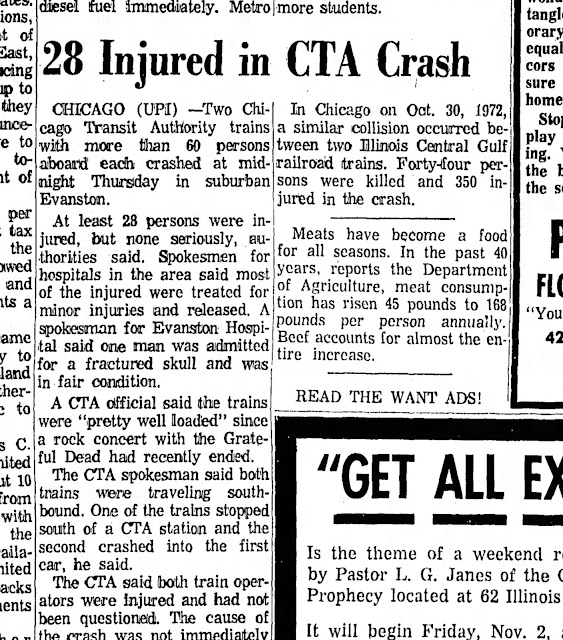