Diminuedo and Half-Step: Only Mississippi Show Ever, Jackson, December 19, 1978


I get it. The conversation went like this.  We are in Mississippi. Never been here before.
What should we open with? How about Mississipi Half Step? Good call.

As the Dead barreled along late 1978 with US tour dates all the way up to the closing of Winterland on New Year's Eve (and kept going with make-up days starting a week later on the East Coast), the Dead came to Jackson, MS on my sister Debbe's 21st birthday on Tuesday night December 19, 1978.

This was the only show ever in Mississippi (Montana 1974, South Carolina 1985 and New Hampshire 1978 were also one-time only states). Tickets were either $7.50 or $7.75 depending on your source of information.

Gregg B. Bangs (Lester's long lost kin?) wrote a very descriptive review of the show in the Jackson Daily News, as well as a good lead-up pieces earlier. He even used the word "diminuedo".

Songs listed in the review included "Truckin'" and "Casey Jones" since the writer obviously knows that these are probably the only two songs most kids in Mississippi may have heard of.

Lots of gems in this show including ther opening Half Step>Franklins, Lazy Lightning>Supplication, Scarlet>Fire and the Truckin jam.  Listen here

Why did Donna miss everything after drums? 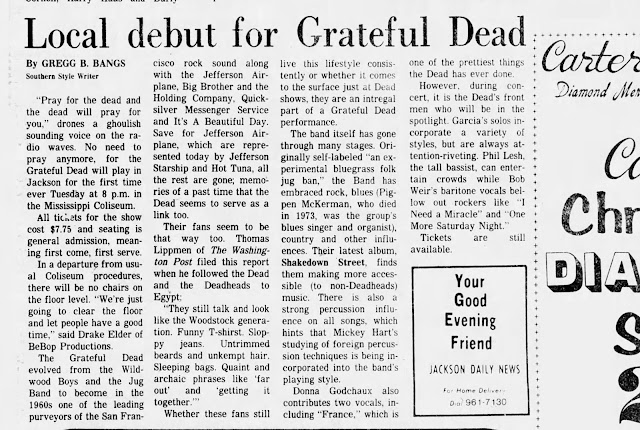 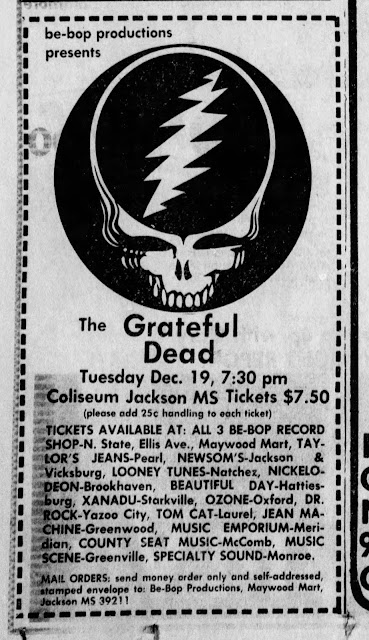 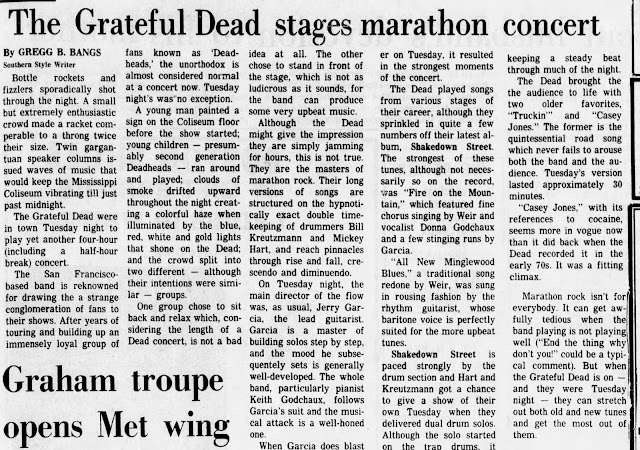 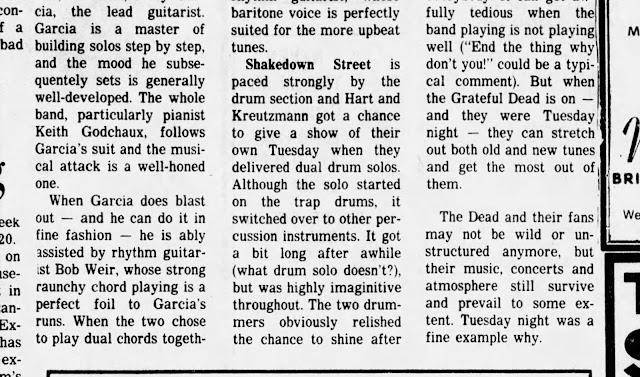 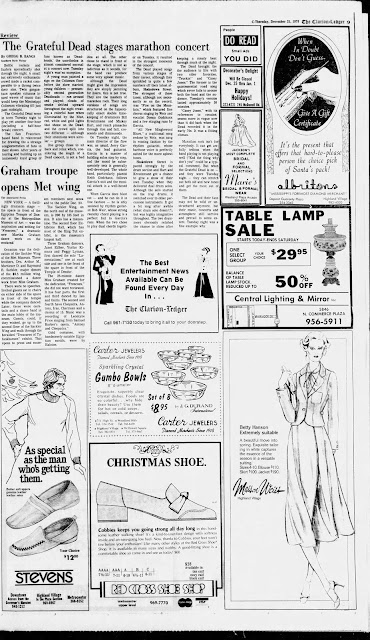