After some killer East Coast, supposedly Billy hurt his hand and Vancouver, Portland and Seattle got postponed from early May to late June. Likely for us, since David is issuing these three 1973 shows and their 1974 cousins as the next great Grateful Dead 19 CD box set.


After the postponement, the Dead played three killer three-set outdoor shows in May, in Iowa, Santa Barbara and Kezar and opened June with the two RFK shows with the Allmans. Nice tee off for these three Northwest shows.  Let's talk Portland.  And lets listen to Portland. Any Dark Star Eyes of the World China Doll is a friend of mine.  Here is a Charlie Miller of this show until September when the official release comes out. Also there's some New Riders in print below who came in May when the Dead had to postpone.  Wish i would have seen a show up here. 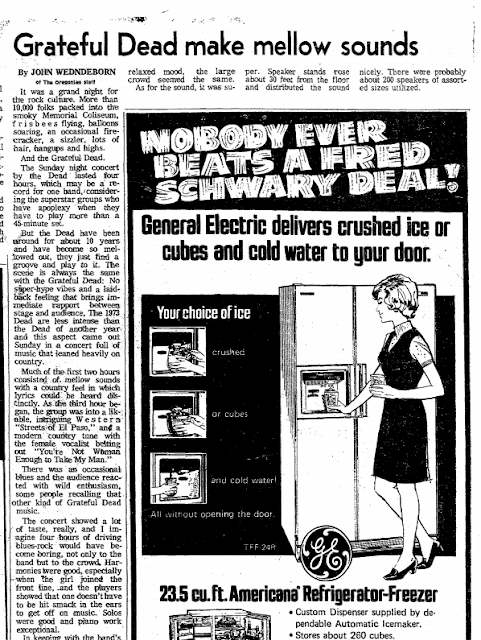 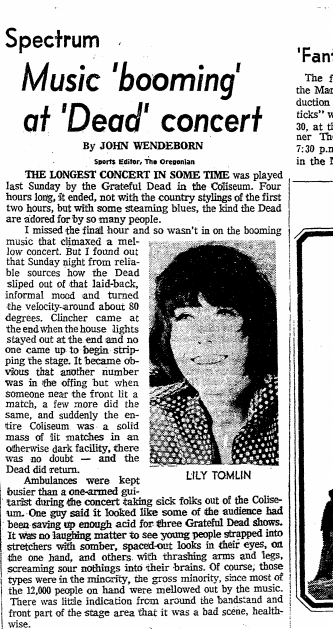 The Promised Land ; Loser ; Mexicali Blues ; They Love Each Other; Looks Like Rain ; Box Of Rain ; Big Railroad Blues; Jack Straw; Sugaree; The Race Is On ; Row Jimmy ; Beat It On Down The Line ; China Cat Sunflower > I Know You Rider ; Around And Around 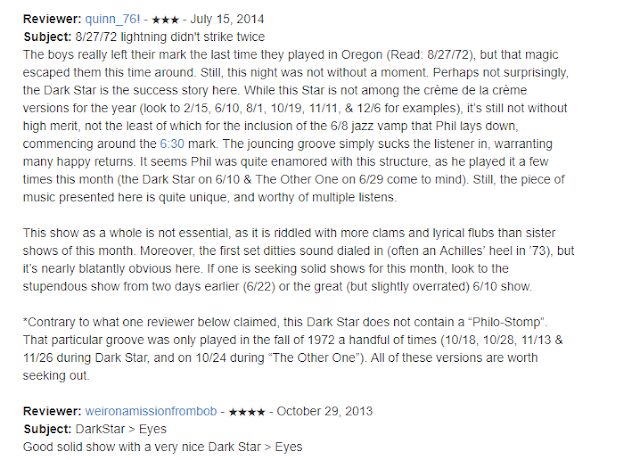