Looks Like Rain for the Versatile Grateful Dead in Tempe, November 25, 1973

I woke the day 45 years ago (i wish), felt your  side of bed (wished even harder), the covers were still warm. I was dreaming it was raining in Arizona.  Pure fantasy right?

Not true, I was cold in Maine in the attic, but I was four days past my first true Trip.
So I was heading towards the bus, which would stop in Boston in exactly 23 months.

Meanwhile, the Dead were amidst Maybe The Best Tour Ever, starting with The Seven  http://www.gratefulseconds.com/2016/08/october-1973-seven.html  and making the Magic Winterland shows in November and the Delightful December in Boston, Ohio, ending up with Florida.  Tempe is not considered in the top-tier of these shows but I would gladly trade many of my tourdates for this Rainy Arizona Afternoon.

And although the second set play have been shortened to the weather, it is a wonderful Eyes of the World>Weather Report Suite that starts the set.

Archive's Chris U says the band woke up on the right set of the bed here. Give it a listen.  Less known is not lesser quality 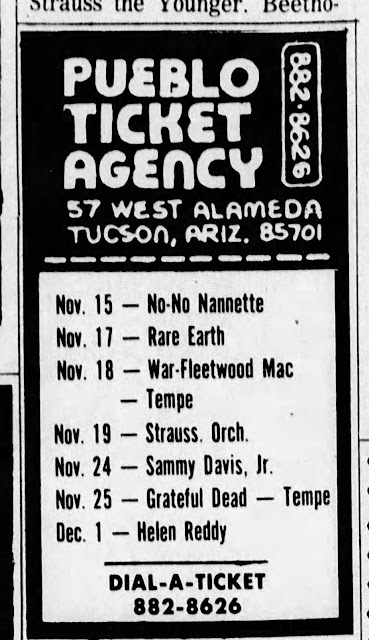 We Bid You Goodnight 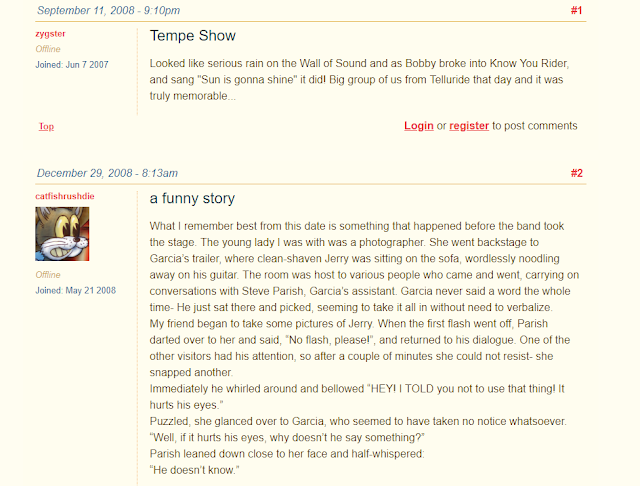 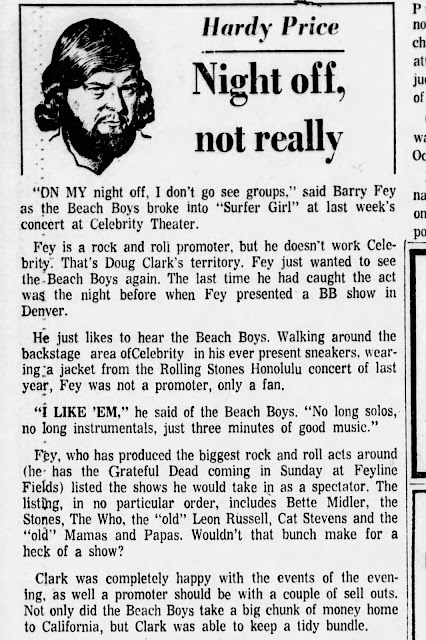 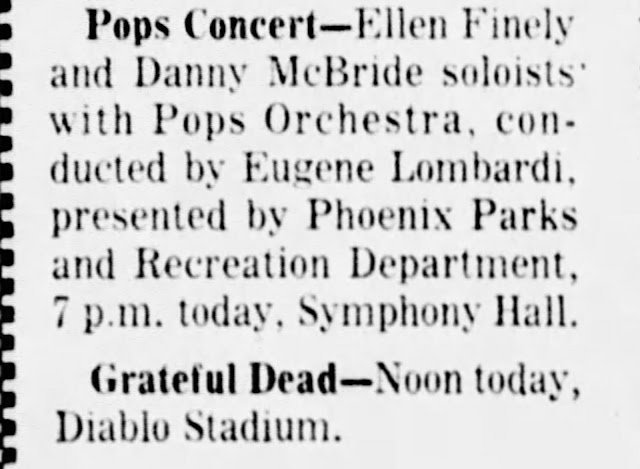